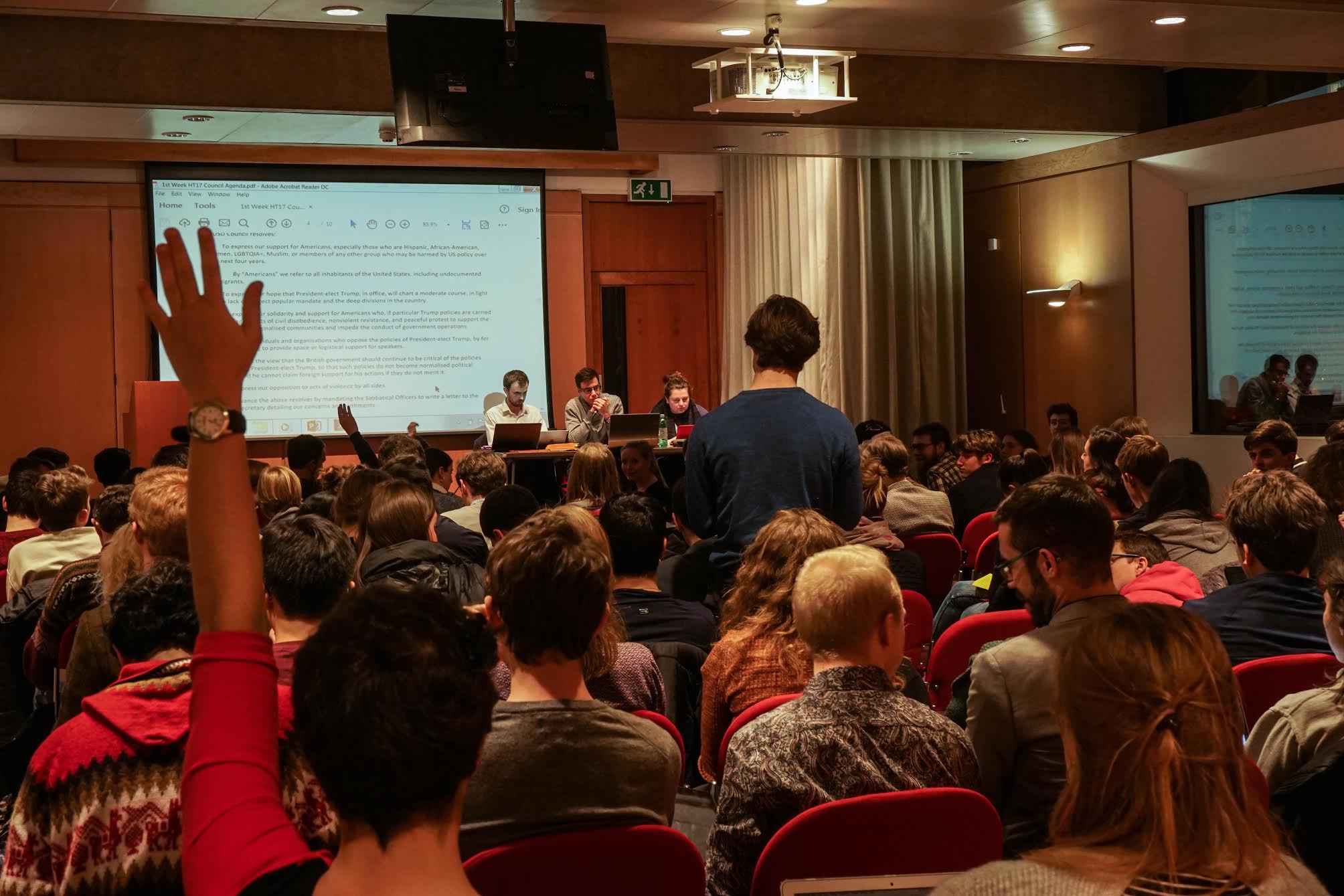 A proposed motion to condemn NUS vice-president Richard Brooks was withdrawn from OUSU council on Wednesday night after a highly critical statement was released by Oxford University JSoc.  Brooks has allegedly been filmed plotting to oust NUS president Malia Bouattia.

The motion was to be brought to OUSU council by Sean O’Neill, a PPE student at Hertford College.  In a statement read at the council meeting, he said that his decision to withdraw was based on concerns about official investigations into false allegations of anti-semitism at UK universities.

Oxford JSoc were scathing in their reaction to the proposed motion, saying that it “takes a conspiratorial video series and deduces further conspiracies from it.”  They claimed that it was factually incorrect and “disturbing” in its attitude to Jewish students.

O’Neill issued a statement explaining his decision to withdraw, saying: “We have decided to withdraw our motion of last week. Since it was proposed, various investigations and enquiries have now been opened, including by Thames Valley Police and the NUS.

“Following recent revelations in the national media, including the Daily Mail and the BBC, concerning illegal activities of the Israeli embassy directed against a minister of the British government, committees of parliament, civil society, and student representatives, authorities are looking into several instances of university students being falsely accused of anti-semitism as a means of intimidating student campaigners for Palestinian rights at Oxford, and evidence of foreign interference in democratic processes on our campus.

“As these are serious allegations, we think it is appropriate to wait until the results of these processes are concluded, and the findings published, to put forward a motion. We apologise to Council for any convenience.”

“As these are serious allegations, we think it is appropriate to wait until the results of these processes are concluded, and the findings published, to put forward a motion.”

The controversy follows the release of an Al Jazeera documentary, “The Lobby”, which alleges that the Israeli embassy in London has made efforts to create pro-Israeli groups within UK student politics.  It depicts Brooks offering to help an undercover reporter to oust Bouattia, who has previously been criticised in a Commons report for anti-semitic rhetoric.

The withdrawn motion was heavily critical of Brooks, saying that his actions bring “the Union [NUS] as a whole into disrepute”.  It claimed that Brooks acted unprofessionally given his position as NUS vice-president, and said that it was inappropriate for him to act against the union’s democratically decided position, which is to “endorse boycott, divestment, and sanctions against Israel”.

Brooks last week published a letter he claims to have sent to the NUS UK Board asking for a review of his actions. He tweeted: “Instead of continuing to allow misinformation to spread, [I] have referred myself for investigation which I expect to clear me of all wrongdoing.”

Oxford JSoc’s response to the motion emphasised the view that Brooks did not act wrongly, but was merely exercising his democratic rights.

Their statement said: “the central claim of the motion is unsubstantiated and plucked from thin air… Coordinating and advising students who find a leader problematic is not undemocratic; rather it is a liberty that democracy affords us… The factual errors within this motion and its attempts to undermine Jewish concerns and remove one of the few allies that Jewish students have left in our national movement are disturbing.”