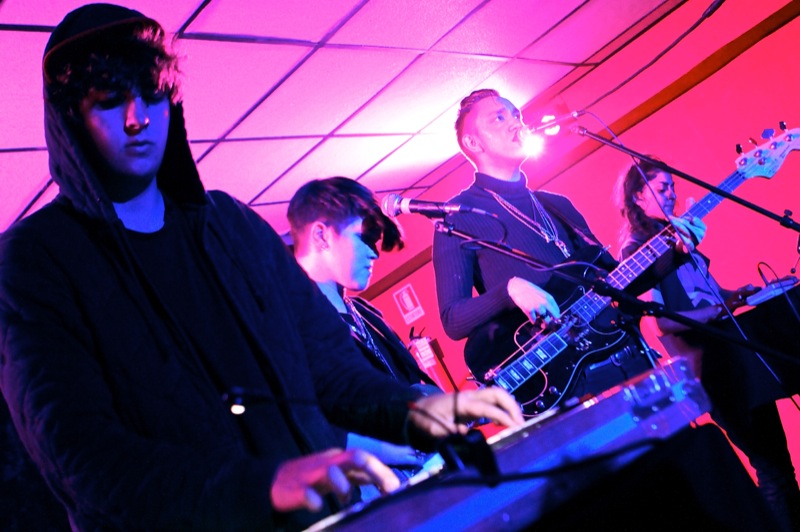 ‘’Cause I couldn’t care less / If they call us reckless’. Accompanied by blasts of garish horns and a skittering electro-pop beat, this chorus from album opener ‘Dangerous’  rings out like a manifesto for The xx’s latest album, ‘I See You’. It’s a surprising shift for the notoriously shy trio.

Back in 2009 when they released their now classic debut album ‘xx’, lead singers Croft and Sim admitted that the only reason they as teenagers began singing together was that they were both too embarrassed to sing alone. However, the group’s reclusiveness proved to be their greatest asset, creating an empire out of minimalism, and monetising the introspective, half-hidden-in-darkness moments that fill their songs. ‘I See You’ retains those lushly seductive R&B vocals and reverberating bare-bones guitar lines; but the quiet intimacy of their previous albums is supplemented with a brashness that at times feels unnatural to them.

After the pulsating dance number ‘Dangerous’ that opens the album, ‘Say Something Loving’ is bigger, bolder pop music than we’ve seen from The xx. Right out of the gate, it surprises us with a sample from The Alessi Brothers’ ‘Do You Feel It?’ which is accompanied by a minimalist percussive racket that endures throughout the song. Croft and Sim’s powerful vocals resonate with startlingly bold-faced earnestness, which creates an interesting dynamic with their lyrical subject, the anxieties of modern love (‘You say something loving / It’s so overwhelming, / the thrill of affection / Feels so unfamiliar’). Their newfound self-assurance makes an endearing pair with the reticence of the lyrics. It seems The xx aren’t abandoning their characteristic shyness to pursue bolder artistic aims, only their prior inhibitions about expressing it.

Next up, ‘Lips’ shimmers with fun, new energy. Buzzing experimental synths and funky percussion rhythms illustrate the band’s attempts at departure from their earlier works, yet at the same time, the soul and sensitivity of the vocals reaffirms their loyalty to it. The band manage to enact a pleasing balance between looking forward and looking back.

You don’t have to look far to find the source of the band’s new energy. During the downtime between 2012’s ‘Coexist’ and their latest offering, Jamie xx became the band’s breakout star, shooting to worldwide fame as a producer and DJ. It has long been noted that Jamie’s talent for production remained an under-exploited element of the trio, as The xx until now had embraced strictly minimalist mixing, as though everything could have been recorded from the intimacy of the band mates’ bedrooms. Jamie’s influence gives the album its colour, with his playful use of samples, synth rhythms, and vocal effects – but to the point even that some of the songs sound strangely like remixes of themselves.

The album’s title ‘I See You’ is taken from The Velvet Underground’s ‘I’ll Be Your Mirror’ (‘Please put down your hands, / ’Cause I see you’) and Croft explains that this lyric represents her close friendship with Sim, and the dark effects of his struggle with alcohol. This theme is tackled with the band’s characteristic understatement in the moody dream-pop reverie ‘Replica’. The stripped-back guitar foregrounds tentative, questioning lyrics. ‘Another encore to an aftershow / Do I chase the night or does the night chase me? / Mirroring situations like you’re an imitation / Do I watch and repeat?’ Sim quietly implores, while Croft’s voice echoes in the background, and Jamie’s synths blend unassumingly into the sound palette. You get the sense of each element of the band working together in sympathy and harmony.

However, there are some misfires.‘On Hold’, the album’s lead single seemingly can’t decide if it’s a club anthem or earnest to the point of being Disney-esque. A sample from Hall and Oates is inserted awkwardly and follows the frankly trite lyric: ‘When and where did we grow cold? / I thought I had you on hold’.

The downbeat soul number ‘Brave For You’ ends up similarly stale, repeating bland maxims (‘and when I’m scared / I imagine you’re there / Telling me to be brave / So I will be brave for you’). Murmuring synths plod along in the background, playing the age old trick of mimicking a heartbeat, and ultimately the song is only saved by the sensuality of Croft’s vocals.

All in all, ‘I See You’ is an album with ambitions. The xx could have straight-forwardly produced another album of R&B-inspired minimalist dreamscapes that would have gone on to achieve the ubiquity of their debut. The album they actually created is one that sensitively responds to the changed circumstances of its performers, especially Jamie xx, which enables a fuller and more extroverted sound. Granted, it has clumsy moments, but there’s also a lot to recommend The xx’s new record, their most colourful composition to date.