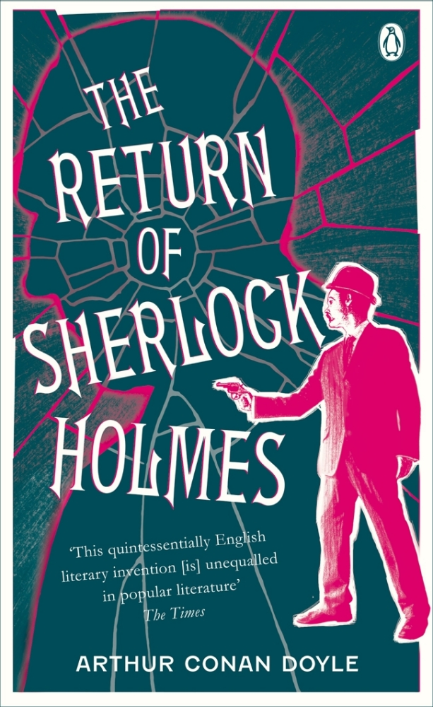 With adaptations of crime fiction barely ever off the stage and screen, and the most famous writers of the genre enjoying constant re-issues of their popular works, the case for the longstanding appeal of the murder mystery seems incontrovertible. So, must we ask: are we a nation addicted to crime? Indeed, while an all-star The Witness for the Prosecution graced our screens in December, Agatha Christie still remained the best-selling novelist of all time. Throw into the mix the fourth series of Mark Gatiss’ and Steven Moffat’s incredibly popular Sherlock bringing Arthur Conan-Doyle’s famous detective into the 21st century, and the full extent of the popularity of crime narratives begins to emerge. In light of these facts, it seems there is but one case left to solve: the mystery of why crime fiction still disproportionately captures the heart and mind.

Perhaps an obvious observation to make is that, while these fictions are incredibly popular in multiple formats to this day, many of our most famous crime fictions are truly of another era. Reading of the cocktail parties and country homes of Poirot’s exotic escapades it is easy to forget that Christie was writing of our own country less than one hundred years ago. Yet there is something magical in the escapism offered by a re-imagining of the past, particularly given that the alternative lately seems to be the bleak political landscape of Brexit and Donald Trump. What simpler way to evade the political challenges and demoralising atrocities of the modern world, than by engrossing yourself in fictional crimes of old? In these narratives, the past may as well be a foreign country, for all their old-world glitz and glamour, and interspersed nods to the seedy back-alleys of post-war London. Of course, deep down we all know that this world of murders on cruise ships, luxury trains, and aeroplanes, of sparkling cyanide and glamorous personalities, is but a fabrication of the true past. But thankfully, crime fiction is all about suspending belief: belief in the operations of the police, belief in universal human decency, and certainly the belief that Christie, Conan Doyle, and others are providing accurate representations of history. In spite of, or rather because of, their unrealities, crime narratives’ depictions of the past continue to beguile and delight, transporting disillusioned modern readers into ever more distant romantic locations, in echoes of an upper-middle-class past that never really was.

The best form of escapism, these novels and short stories are still rooted in the semi-believable realm we call ‘real-life’, but stray far from the tedious minutiae common to most ordinary peoples’ lives

However, nostalgia for a distorted past fails to account for the commercial success of Sherlock, which has brought the famous detective and his deductions into the 21st century, replete with nicotine patches, Twitter, and an online blog for Dr Watson.    Such an approach has even captured imaginations across the pond, with Elementary providing a similarly contemporary interpretation of Holmes, Watson et al. Indeed, these modernised versions suggest that the attraction of the crime narrative extends beyond their typically unfamiliar and glamorous settings. Sherlock, in particular, responds overtly to the challenges of modern reality, incorporating the operations of military intelligence, the ethics of modern technology, and acts of terrorism into Conan Doyle’s original plots, all to great acclaim. The strength of this transition demonstrates just how little these plots are constrained by their temporal and geographical locations. Part of the fearfulness of these narratives is that murder can strike anywhere: in plain sight, in locked rooms, and even in our own homes, and is never limited to a specific time and place. And thus, the moving finger points to something inherent in the plots of crime fiction as the solution to why the genre remains one of the biggest-selling to this day.

Central to these novels and short stories is not then the changeable time periods and locations, but the intricate processes of deduction which never fail to impress. If the aim of the reader of fiction is assumed to be the displacement of themselves from reality, then crime fiction will always succeed. These narratives retreat, whatever their time and setting, into a dimension where crime is solved not by fingerprints and DNA swatches, but by jewels hidden in tennis rackets and snakes hanging from bell cords. Elaborate plots are established, expounded upon, and then resolved, all in the course of a single narrative, enticing the reader not just with the conclusion, but with the puzzlement of the deductive process. The very presence of characters such as Watson and Hastings, who faithfully report the activities of their respective detective friends, pays tribute to the fascination conjured up by a complex problem reduced to a satisfactory conclusion. Just as Watson seeks to document the genius of Holmes’ eccentric and cunning efforts, readers derive similar fulfilment from authors’ attempts to both set-up, and fully resolve, an elaborate crime, all within the confines of the page. The drama does not lie simply in accidental deaths and gory murders, or even in Poirot’s theatrical revelations of the truth, but in the thrill of the chase, effortlessly sustained. Lengthy elucidation building up to the final, exquisite twist keeps both reading and watching audiences hooked, even when the plots are old enough to be already familiar. Indeed, despite its apparent reliance upon a final resolution of plot so easily exposed in the digital age, Agatha Christie’s The Mousetrap continues to be the longest running show of any kind in the world, having enjoyed an uninterrupted run since it opened in 1952. In fact, the well-known plea at the end of the play for viewers not to spread the solution to others is barely necessary; the true pleasure is never in the knowledge of the solution, but in understanding how it was deduced so artfully from subtle clues.

Between portrayals of the all-too-real and the completely fantastical, it appears that the cult of the insufferably intelligent individual wins out

Satisfactory deductions also give the genre the edge over the current proliferation of both realist novels and wild fantasies, which leave readers with a dichotomy of depressingly familiar personal commentaries, or creative imaginings too distant to be truly impactful. Crime fiction forms a middle ground, an escapism from the domestic and professional trappings of reality, but one just close enough to home to incite emotional investment, tacit understanding, and a touch of adrenaline. The best form of escapism, these novels and short stories are still rooted in the semi-believable realm we call ‘real-life’, but stray far from the tedious minutiae common to most ordinary peoples’ lives. Readers of crime fiction grapple at the extreme fringes of ordinary life which they typically cannot access, invited to play the role of detective like children ‘playing grown-ups’. Consider too the precise characters of detectives available for the reader to try on: impossibly clever, outrageous, even downright rude. Between portrayals of the all-too-real and the completely fantastical, it appears that the cult of the insufferably intelligent individual wins out. Even in his original characterisation Holmes was hardly effervescent, but combine this with the influence of Gatiss and Moffat, and the television portrayal of him is now ostensibly that of a “high-functioning sociopath”. It is openly acknowledged that Holmes is difficult and rude, just like the pedantic Poirot using the ruse of Belgian nationality as excuse for his unconventional behaviour. Even so, this strange man with the pince-nez and perfect moustache remains the only fictional character ever granted a full-page obituary on the cover of the New York Times. It seems that even unpopular character traits cannot quell our love affair with the famous fictional detectives. However, while these figureheads account for the popularity of individual franchises, they fail to explain why Christie created multiple detectives across her career, or why readers continue to appreciate standalone fictions with one-off characters, just as much as cult figures.

But when you have eliminated the impossible, whatever remains, however improbable must be the truth. And so it stands to reason that maybe, just maybe, we all just have a certain soft spot for a ‘good murder’.