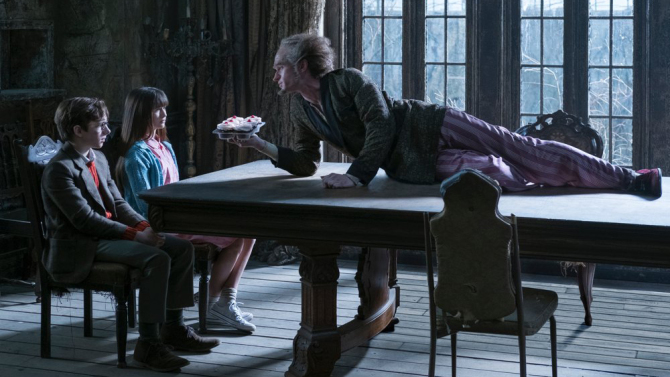 If you have just clicked on this article by accident, then it is still not too late to look away. Return to your regularly scheduled browsing. There is nothing to be found here but the realisation that there is horror beyond the inauguration of particularly truculent Twitter users, and you still have time to choose something happier. Do not be seduced by tantalising adverts or coaxed by the siren-song of Neil Patrick-Haris cast as a villain. Close this tab, clear your browsing history, and instead find something to scroll through which is much more pleasant.

Characterised by the charcoaled, Burton-eqsue illustrations of Brett Helquist, the novellas of Lemony Snicket’s A Series of Unfortunate Events have always gone dolefully hand-in-hand with a delightfully dark, quasi-gothic aesthetic. Not that the word “delightful” touches on the Baudelaires’ unfurling tragedy as unexpectedly grotesque secrets crawl out of the woodwork – a phrase which here means to appear after being hidden for a long time, especially and regrettably in order to cause something unpleasant. This quaint series lives up to its lamentable name as a chronicle for the woeful escapades of the three recently orphaned siblings, Violet, Klaus and Sunny Baudelaire, catapulted from one questionable guardian to the next after the mysterious death of their secretive parents. Hot on the trail of their inherited fortune, the children are unsubtly stalked by the dastardly Count Olaf (Neil Patick-Harris), a moonlighting actor and “master” of disguise with a never-ending costume department. Within its episodes it contains, I’m sorry to inform you, such horrific details as grappling hooks, secret tunnels, hypnotism, ankle tattoos, and an Incredibly Deadly Viper. Obviously it goes without saying that you do not want to watch these sorts of cheerless things. Remember, it is still not too late to turn to a Buzzfeed article instead.

From the smart-alecky, subtitled baby burblings of the youngest Baudelaire, Sunny, to musical interludes perfect for Patrick-Harris’ Broadway credits, the books translate well into forty-five minute blocks. The sheer scope of the Netflix series is spectacular as the plot propels helter-skelter through fantastical landscapes of the first four books. Strong performances are everywhere and given all around by both the very young cast of unknowns, and the more experienced big-budget stars (including the star-studded likes of Will Arnett and Cobie Smulders). In particular, Patrick Warburton’s Lemony Snicket sets the tone from the get-go, nailing the monologuing deadpan, dour demeanour of the all-American super spy with a penchant for long-winded definitions of words in drawled basso profundo.

Like all good children’s classics, a deeper darkness bubbles under the enchanting veneer and Handler hits the perfect balance between playful and pernicious.

Snicket’s conspiratorial writing is a natural fit for the screen, and the wry dialogue still pops with the same smacking delightful asides and pithy epigrams of the books which give even Oscar Wilde a run for his money (“If you are allergic to a thing, it is best not to put that thing in your mouth, particularly if the thing is cats”). Unexpectedly, many of his witticisms also cut suddenly and sharply into far more wordly, gnomic pronouncements (“It is a curious thing, the death of a loved one….It is like walking up the stairs to your bedroom in the dark, and thinking there is one more stair than there is”). It is one of the greatest delights to read writing so suited for its purpose that seems like it doesn’t even try, and the scripts are immensely rewarded by the guiding hand of the genius behind the ‘Lemony Snicket’ pen name, Daniel Handler. On board as executive producer and also helming the writing staff, his fingerprints are everywhere. Like all good children’s classics, a deeper darkness bubbles under the enchanting veneer and Handler hits the perfect balance between playful and pernicious.

Endless comparisons have been made between the 2004 film and this series, particularly due to the alleged beef between author and the production studio. Diametric, blow-by-blow line ups however are unfair to both adaptions. Sometimes the Netflix series misses the bearing of Meryl Streep, the gorgeous pastel colour palette and chiaroscuro-cloaked cinematography, but it wins over in terms of storytelling and the light touch of Neil Patrick-Harris to morose subject matter. Patrick-Harris undeniably flourishes, and brings a welcome comic relief which harkens back far more to his quipster Doctor Horrible days rather than the more recent career moves towards the shuddersome creepiness of characters such as Desi Collings in Gone Girl. Both are enjoyable, however, although Netflix’s adaption does have a twinkle about it which was never quite mustered by the film.

Outlandish and unstoppable, A Series of Unfortunate Events does what I thought impossible and gives me the same revolutionary feeling I had pouring over the series over a decade ago. It indisputably brings its A-Game, with a deserving budget and new, dumbfounding twists absent from the original books and only made possible by its cinematic format.

I promised to review the tale of these three children, but you haven’t, so if you prefer stories that are more heart-warming, feel free to make another selection. You watch at your own peril – just don’t say I didn’t warn you. 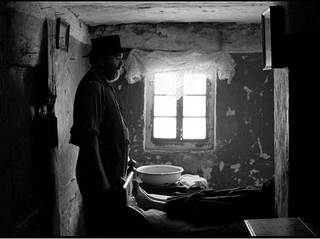