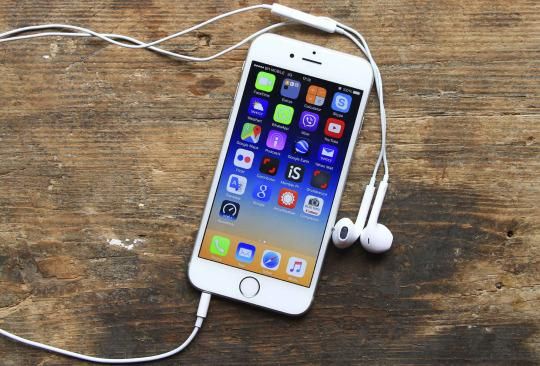 When Apple finally realized no one actually pays for music anymore (unless you do, in that case, good for you and your sparkling pure conscience, I’m sure Justin Bieber appreciates your endorsements), they created Apple Music, an alternative to iTunes which allows you to stream music from their professed 30 million song library to your heart’s content with just a convenient monthly subscription payment. Though Apple Music was released in June of 2015, its popularity is quickly gaining speed due to added features such as personalized playlists, a radio offering called Beat 1 which provides listeners with live DJ broadcast from all around the world as well as things like news and interviews, and a unique feature called Connect, which allows fans to follow their favorite artists in their own music libraries and stay updated on new contact the artist might share. This of course, poses an an incredible threat to the world’s leading music streaming service (and my personal preference): Spotify. According to Statistica data from September 2016, Spotify’s subscriber base has reached an all-time high of 40 million streamers worldwide. Apple Music has around 17 million, which seems meager in comparison, but the numbers are growing at a rapid rate. No longer is the world of music streaming a happy, level playing field where music lovers can join hands and playlists and sing kumbaya; it has become an intense battlefield of Apple Music vs. Spotify, where friends are pitted against another and collaborative playlists are a mere memory of the more simple and unalloyed past.

A bit melodramatic maybe, but music streaming is quite a serious business for the avid music listener. And furthermore, for the quintessentially indecisive person like myself, this sudden explosion of popularity of Apple Music amongst my circle of friends caused a great deal of distress on my part. I didn’t like it. I didn’t understand it. Spotify provided and greatly satisfied all my music needs for years; it gave me the ability to listen to entire albums or make my own selected playlists to my liking, it suggested radios and related artists to my current library, it allowed me to queue songs and lovingly adjust the transitions settings between songs to my meticulous preference, its interface was designed with magnificent clarity and ease for its users, etc. I never encountered a problem with it or found myself frustrated with it, how could my faithful and true Spotify be lacking? And what’s more, how dare this Apple Music come along and suggest its inferiority?

Despite my initial opposition, I decided to push my borderline psycho obsession with Spotify and my unreasonable irritation with its competitor aside and do some further investigation to find out the truth: which music streaming really was the best? After all, my loyalty must lie with the music itself and not the app that streams it. So here comes the unadulterated truth, music lovers: Spotify still wins.

What I found was that when comparing the two side-by-side, most of the significant aspects of the services are relatively the same, if not completely. Price-wise they are the same, offering monthly subscriptions which open access to membership providing benefits such as no ads and/or added features. The free trial periods are an aspect which is probably the most obvious difference: Apple music offers a lengthy three-month free trial period whereas Spotify offers only 30 days. Both offer offline listening with membership, and both applications are available on a wide range of devices.

However, the most essential aspect, which was really becomes the deciding factor, was the size of the music library. While both services offer around 30 million songs to stream, Spotify beats Apple Music by a landslide. If you’re somehow who loves to scour the relatively unknown corners of music genres and artists, than Spotify is definitely for you. In addition to having a larger underground music selection, Spotify also has surprised me on numerous occasions by their amount of obscure old albums they have in their library. I’ve found everything from practically-forgotten swinging jazz albums of the 1920s to crazy specific genres like Swedish space age surf rock. Who even knew such a thing could exist? (Fantastic stuff, by the way. Look up “The Surfites” and listen to their album, Escapades in Space. You’re welcome).

While both services offer around 30 million songs to stream, Spotify beats Apple Music by a landslide.

However, this is not to say all is lost for our dear adversary, Apple Music. There’s a completely valid reason why it has become such worthy competitor to Spotify.  It can be a perfectly sufficient streaming service if you’re someone who enjoys the more well-known artists of today. The unique features such as Beats 1 and Connect are things that Spotify doesn’t have, as well as the ability for artists to share content with their fans via their profile. If those are things you think you would utilize, then by all means, ditch Spotify and put your money on Apple Music. But if you find your music tastes to be wide and strange, then Spotify is the one for you.

I suppose the concluding message to you will be this: Whichever music streaming side you find yourself on, just remember, it’s the music, not the app, that unites us. We are all one in our love of sound. And with that, I’ll send you off to decide for yourself. Happy streaming, fellow music lovers.

Not one for shelving