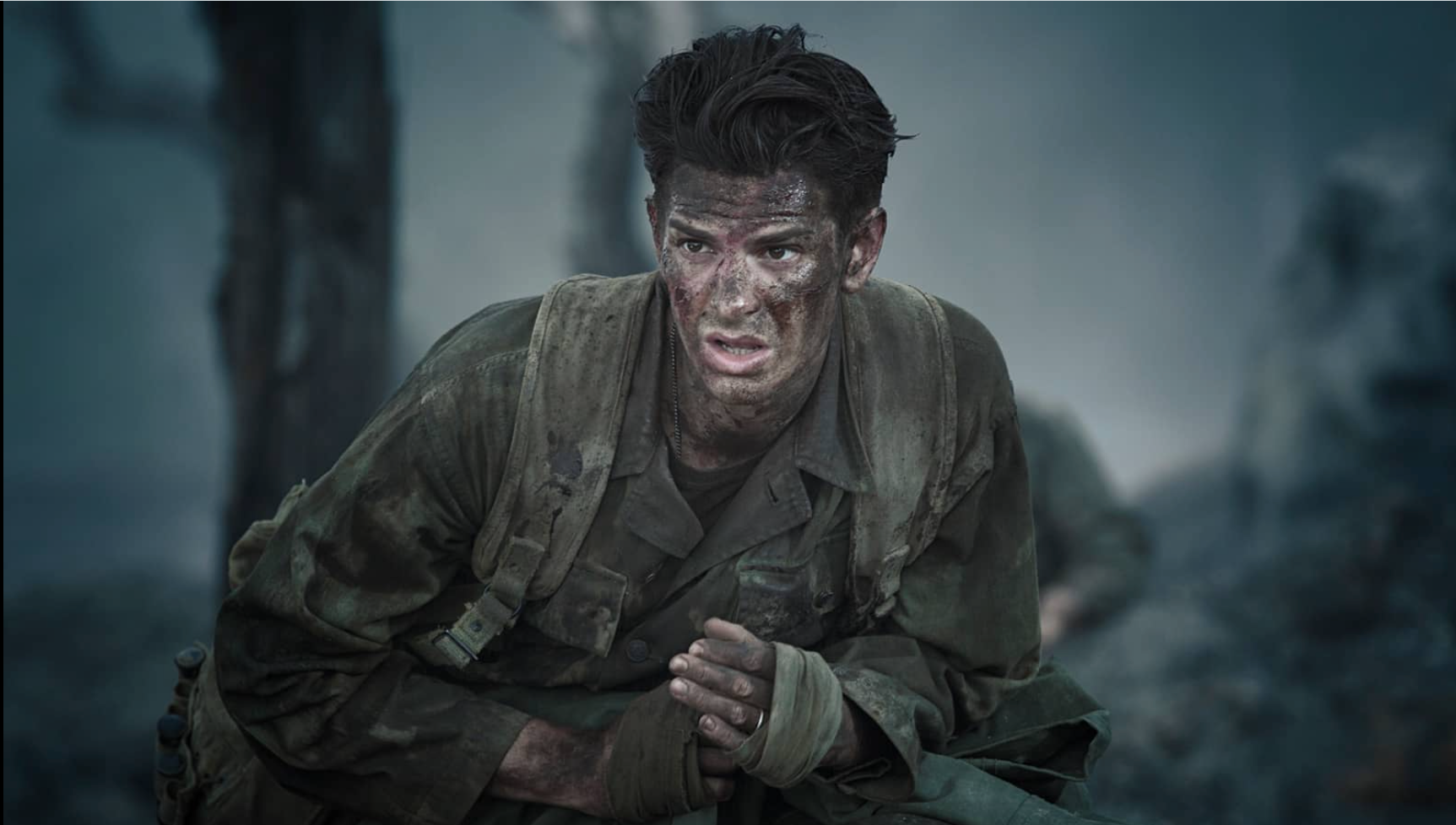 Watching Hacksaw Ridge was like watching your favorite team slowly lose a painful defeat. After Angelina Jolie’s Unbroken failed to live up to the hype it built through its marketing, Hacksaw Ridge seemed like a chance at a redemption to perfect the true story of a perfectly innocent patriot going through the hell of war and coming out resilient with his faith and values still intact. It would have also served as Mel Gibson’s redemption, who’s been blacklisted in Hollywood after his controversial films as well as personal outcries. However, the film ends up becoming just as messy as the war it attempts to portray, telling two different stories and neglecting the blatant irony of a conscientious objector serving alongside and encouraging his comrades to continue doing what he himself considers palpably immoral.

When it comes to plot, it’s as if it had been directed by two different people. The first half deals with Desmond Doss, the conscientious objector and his upbringing. Through this Hollywood clichéd-esque lense we see his attachment and conflict with religion and his altruistic self, provoked by his environment. Should this have been developed further in the second half, it could have been a decent story. Instead it abandons this story arc as soon as it reaches Hacksaw for excessive warfare porn, capturing every set of intestines on the battlefield. You lose all suspension of disbelief when our protagonist starts kicking grenades the same way Cristiano Ronaldo scores goals. The film’s biggest flaw is its failure to tackle the double standard of our protagonist who refuses to hold a weapon, but in his heroic actions encourages others to do more of what he objects to, making his altruism irrational and selfish.

The only acting worth glorifying are perhaps the Andrew Garfield and Hugo Weaving. In regards to Garfield, his portrayal of Doss as an uplifting and resilient fellow is convincing and has the audience, for the most part, rooting for him. Weaving’s scenes are few and far spread out but he empowers his scenes sometimes without ever even saying a word, exemplifying the power of a supporting actor’s contribution. Unfortunately, this exemplar is sharply contrasted with a cherry-picked cardboard cutout cast from your favorite war classics, most notably Vince Vaughn and his inability to act as anybody but Vince Vaughn. Garfield and Weaving are good actors but not that good to carry a film by their own.

The film’s poor plot is chased down with clunky and excessive cinematography. It’s evident that Gibson, in his attempt to make his masterpiece, spreads his budget overtly thin in this movie. Intestines laid around every corner for your enjoyment and hundreds of soldiers running on screen shooting each other resembling more of a crazy ant farm than a war whereas scenes outside of the war feature unbearable green screens and clichéd Hollywood scripting. The conflict between Gibson’s vision of Hacksaw Ridge and his budgetary restraints produces a pretentious and ultimately laughable film.

I really wanted to like Hacksaw Ridge. However, Gibson has made a film with issues too blatant to ignore. A good film has a tonal focus built through an interconnectivity of its emotional arcs, scenes, images, music and plot. Hacksaw Ridge has no such interconnectivity, plagued by emotional confusion and an urge to abandon any potentially interesting character arc to get straight into the war zone. It’s hard to appreciate and empathize with a film exploring the human spirit when it employs a vocabulary of words and actions incompatible with reality.