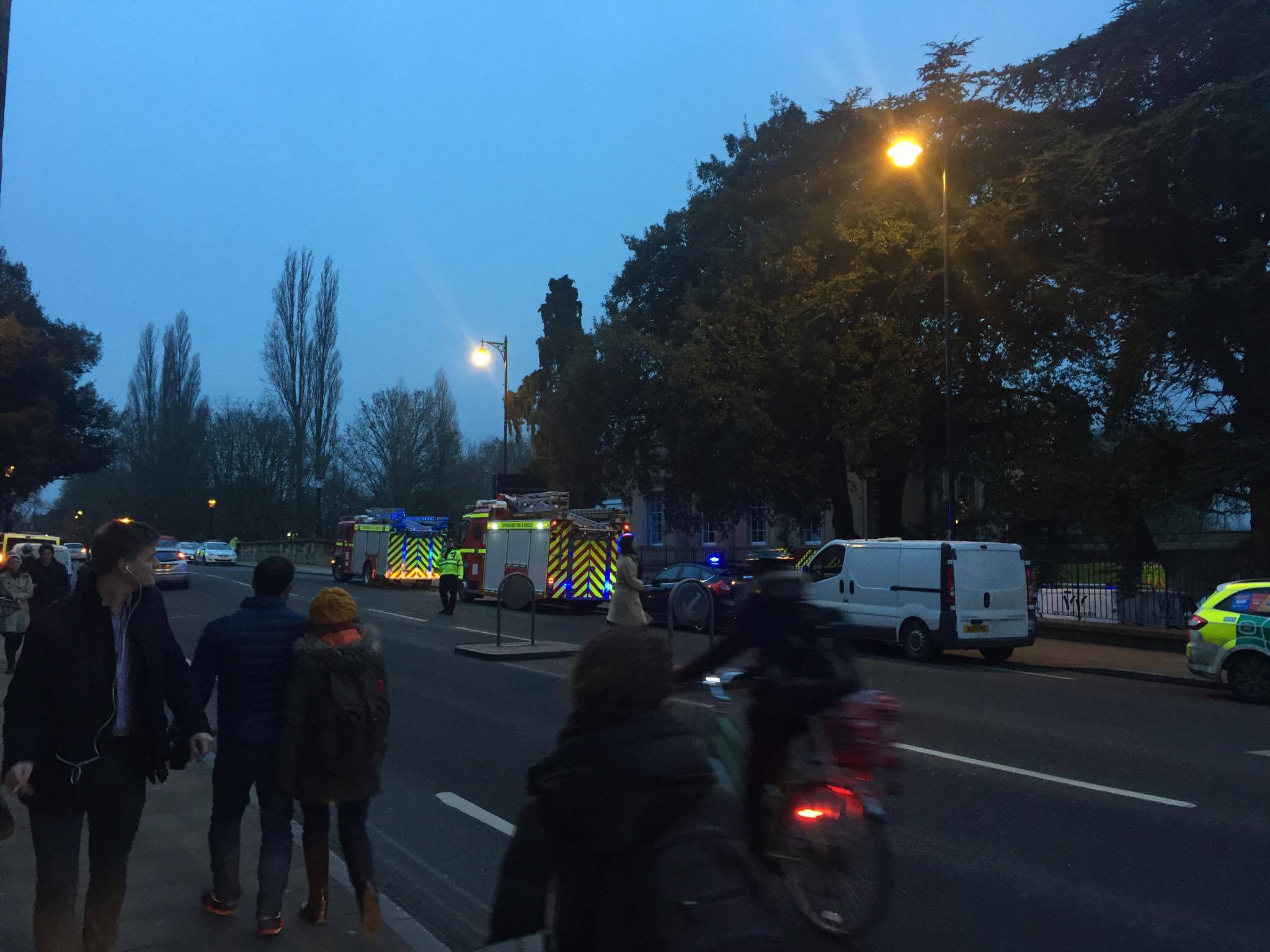 Thames Valley Police have confirmed that a man who fell into the River Cherwell on Monday afternoon has died in hospital.

They said that the man, in his 30s, died “a short while” after being taken to John Radcliffe Hospital.

Firefighters have praised a woman who jumped into the river to try and rescue the cyclist.

It was reported  on Monday that paramedics had made efforts to revive the man, who was taken to John Radcliffe Hospital with life threatening injuries.

Onlookers said that the man was a cyclist, and that he screamed loudly before falling from the bridge.  A woman jumped into the river in an attempt to rescue him, but was reportedly unsuccessful and was later helped from the water by emergency services.

Thames Valley Police and Oxfordshire Fire and Rescue Service reported being called to the scene shortly after 2.30pm.  A large number of ambulances, fire engines and police cars were parked in the vicinity of Magdalen Bridge by late afternoon.

Police and fire service personnel were earlier seen searching the banks of the river by the Botanic Garden, while paramedics combed the river in a search boat.

A spokesperson for Thames Valley Police originally stated: “Officers were called today at about 2.40pm by the ambulance service following reports that a man had fallen into the river near Magdalen Bridge in High Street, Oxford.

“Officers have attended the scene along with the fire and ambulance service, and remain at the scene.  The man is believed to still be in the river at this time and work is continuing to locate and recover him.”