A group of Labour MPs have attacked the party’s decision to overturn punishments issued to members of Oxford University Labour Club.

Last week it emerged that Labour’s National Executive Committee had decided not to take any action against a pair of students who were accused of anti-Semitic acts, despite the recommendations of an inquiry into the club.

The inquiry, carried out Baroness Royall, had recommended that the pair be issued with warnings, but this decision was overturned by Labour’s National Executive Committee.

The MPs involved in the outcry against the decision were Ian Austin, Ruth Smeeth and John Mann.  They voiced their criticisms at a meeting of the Parliamentary Labour Party on Monday night, with Mann declaring, ‘this has to be looked at again.’

Oxford University Jewish Society reacted by issuing a highly critical statement, saying, “This decision is bitterly disappointing and will only continue the trend of Labour spaces becoming increasingly frightening and alienating for Jewish students.

“It is hard to believe that following Baroness Royall finding that the incidents in the OULC took place, that the NEC decided to drop the case.  At every stage of this process the Labour Party has sought to help the perpetrators of anti-Semitic abuse and to deny justice for its victims.

“This decision should not be seen in isolation, but rather as part of the wider story, in which the concerns of Oxford’s Jewish students have been repeatedly ignored.

“Despite this setback, we will continue to fight for justice for Jewish students who have been the victims of anti-Semitism, and work to ensure that Jewish students can feel comfortable being involved with the OULC.”

They voiced their criticisms at a meeting of the Parliamentary Labour Party on Monday night, with Mann declaring, ‘this has to be looked at again.’

The investigation was commissioned by the Labour Party after the chair of the university Labour club, Alex Chalmers, resigned in February, saying that he had heard members of the executive committee “throwing around the term ‘Zio’” and saying “most accusations of antisemitism are just the Zionists crying wolf.”

The three MPs involved in the uproar all have histories of opposition to Labour Party leader Jeremy Corbyn.  Ian Austin was previously reprimanded during a previous furore over anti-semitism for tweeting “This row about Ken Livingstone & Hitler is so unfair. One was a horrible extremist obsessed with Jews. The other was leader of Nazi Germany”

John Mann, MP for Bassetlaw in Nottinghamshire, is the Chair of All-Parliamentary Group Against Anti-Semitism.  In April 2016 he had a public shouting match with Ken Livingstone, during which he called him a “Nazi apologist” and a “fucking disgrace”.

Ruth Smeeth, MP for Stoke North, is Director of Public Affairs and Campaigns at the Britain Israel Communications and Research Centre.  At an event for the launch of the Chakrabarti Report on anti-semitism in the Labour Party, she was heckled by Momentum activist Marc Wadsworth and left the room in tears.  Jeremy Corbyn was present and was criticised for conspicuously doing nothing to intervene

Baroness Royall carried out an inquiry into anti-semitic behaviour at OULC at the behest of the National Executive Committee, and published her findings in May. She concluded that Oxford University Labour Club was not institutionally anti-semitic, but that it was ‘clear’ tht anti-semitic incidents had occurred.  She also stipulated that “difficulties […] must be addressed to ensure a safe space for all Labour students to debate and campaign.”

The findings were published only in part by the Labour Party, but the full report was leaked and later published by the Jewish Chronicle.

Oxford University Jewish Society said that the decision not to publish the full report raised ‘serious doubts’ about the Labour Party’s commitment to anti-semitism, but reacted positively to the publication of the full report, saying it “finally confirms that antisemitic incidents did take place”.

The news that the two members of OULC who had been accused of anti-semitic acts have been cleared by the Labour Party’s disputes committee was revealed by the Jewish Chronicle last week.

Baroness Royall reacted to the findings with dismay, saying “I am deeply disappointed by the outcome and fear it will further harm relations between the Jewish community and our party by confirming a widely held view that we do not take antisemitism seriously.” 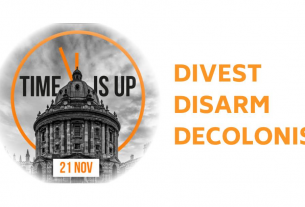