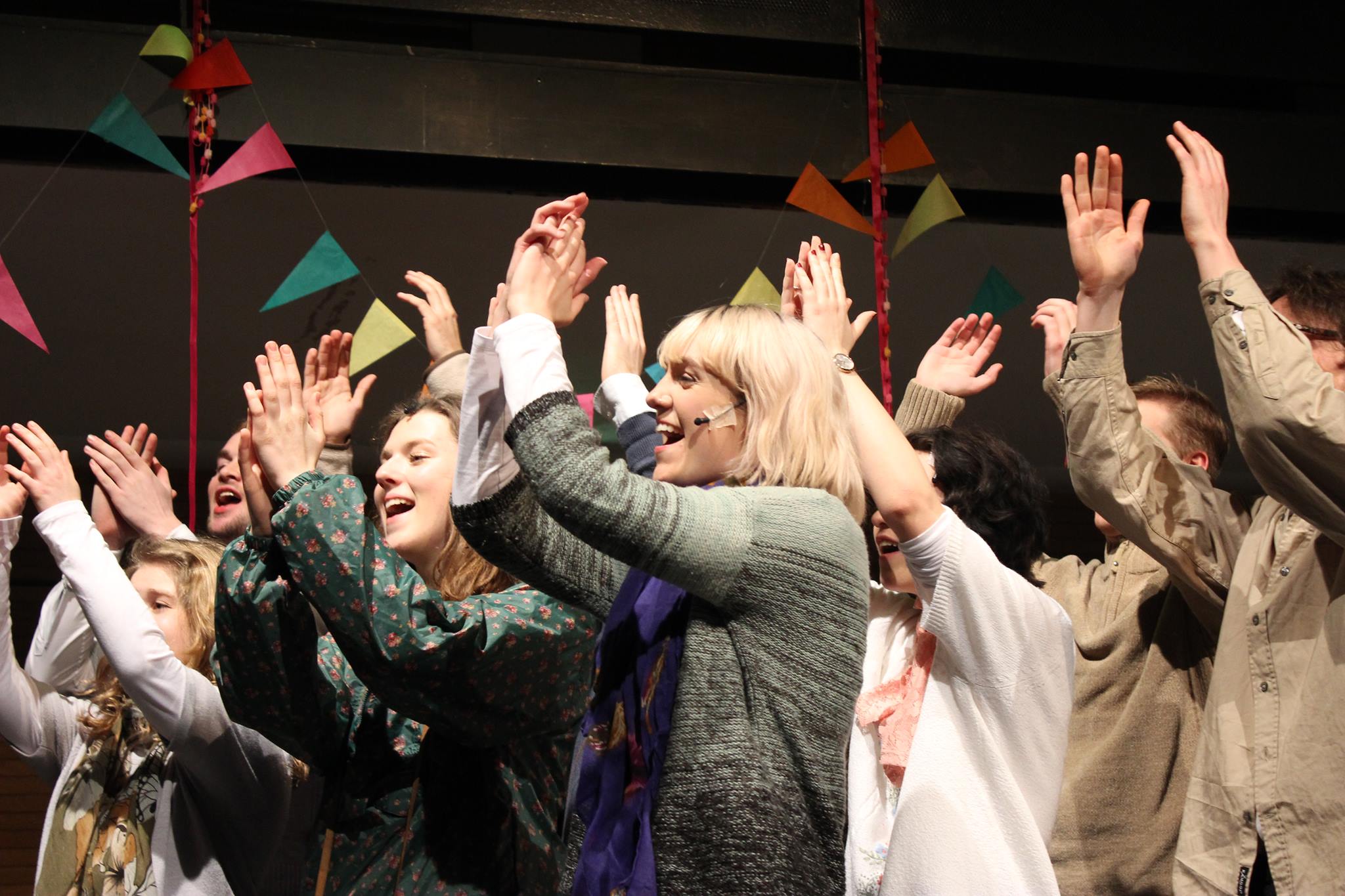 Prostitutes and Petunias on London Road: A Review

Prostitution, petunias, serial killers and community. These issues might seem to be an unconventional combination and yet they all come together seamlessly in ‘London Road.’ This is a musical that follows the community in Ipswich who found themselves living amongst the notorious serial killer Steve Wright. It explores the experiences and consequences for those at the heart of this tragedy and even suggests a message of hope as the community of London Road attempts to regenerate.

London Road is based on interviews which Alecky Blythe collected between 2006 and 2008 with residents of London Road, some of the women who had worked as prostitutes there and those in the media who had been reporting on the case of Steve Wright. These interviews were subsequently matched to music by Adam Cork, the musical is verbatim in style; the words of the performers are exact reproductions of the words collected by Blythe in her interviews. Nothing was omitted in this translation from interview to musical, every last ‘umm’ and ‘ahh’ has been included. The dialogue in ‘London Road’ is difficult to reproduce in a naturalistic manner but the cast who have brought this show to the O’Reilly manage it with ease. The whole cast must be commended for their strong performance of a difficult and sensitive script.

A good attempt is made to display the emotions of the community; there is a focus not just on fear but also the upset and even excitement that such an event brings.

A good attempt is made to display the emotions of the community; there is a focus not just on fear but also the upset and even excitement that such an event brings. The initial hysteria of a community faced with an unknown serial killer is captured well, with the frantic repetition of dialogue. However, as the musical continues, this technique of frequent and constant repetition does start to grow tiresome. Moments of comedy are actually well placed and executed in a musical with a rather dark theme, this light relief is one of the best aspects of the musical. ‘London Road’ focuses on the thoughts and feelings of characters but it is without a substantial plot. Whilst this allowed for an in depth exploration of the reactions of a community to a tragic occurrence, it did mean that as a member of the audience I did not feel a great level on investment in the story. Moreover, as there was such a vast array of characters, whose positions were often addressed fleetingly, I found it difficult to empathise with any of them. ‘London Road’ carefully captures the atmosphere in a community but there is little else with which to keep the audience’s interest.

The set was clearly designed with a minimalistic vision; I assume the intention behind this was to make the several scene changes less challenging, however, I must admit to being rather unimpressed with the unimaginative and bare stage. The one redeeming feature of the stage lay out was the presence of the band on stage, housed under a big marquee; it felt as if the band was another member of the community alongside the audience. The score to London Road was impressively atmospheric and always managed to capture the mood on stage; performed by talented musicians, I can not fault this aspect of the musical. Unfortunately, this performance was let down by some faulty microphones; often you could not hear individual voices over the sounds of the band playing. Although I’m sure this was an opening night issue that can be rectified for later performances.

Ultimately, it has to be said that ‘London Road’ did not enthuse me in the way that so much of Oxford theatre does. It was a pleasant experience, and the cast and musicians must be commended for their tackling of difficult material, nevertheless an element of excitement was lacking from the performance.

London Road is in the O’Reilly Theatre until the 4th of February.