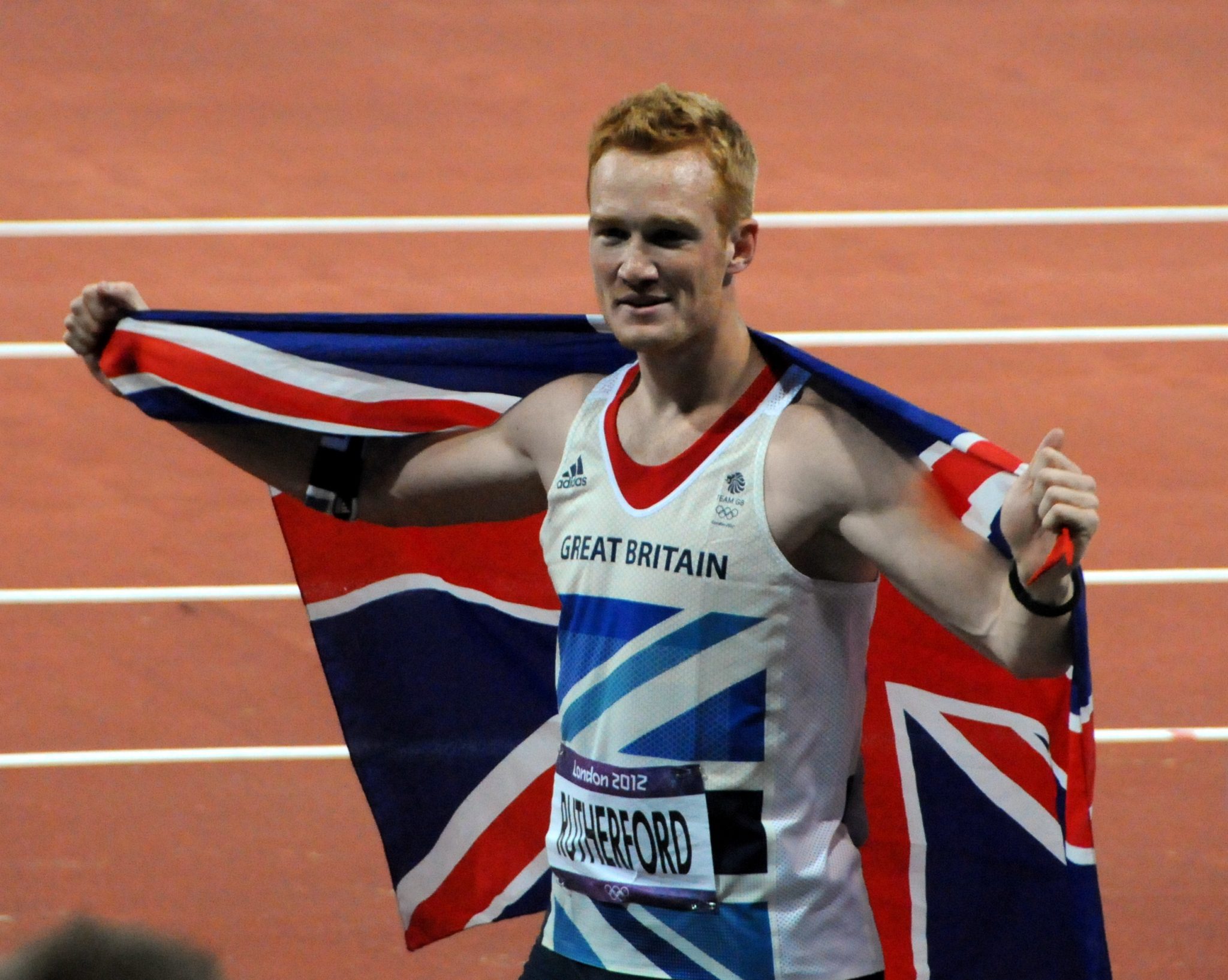 Greg Rutherford is very down to earth about the sport that won him an Olympic gold medal in 2012; “I’m good at jumping” he surmises. “I run in a straight line, and jump into a pit of sand”.

His speech and question and answer session at the Oxford Union Wednesday night is witty, characterful, and genuinely entertaining, despite his initial assessment of sportsmen as “dull”. At one point Greg mentions that a career in acting was something he once considered, and I can imagine how his confident, humorous persona would lend itself to that.

I get to speak to him briefly after the event, where I am conscious that all of my extremely witty and niche questions have already been asked by a keen crowd of athletics enthusiasts – (the union’s Goodman Library was in fact, at maximum capacity). I ask about Super Saturday – the day in which Greg, along with his “good friends” Mo Farah and Jess Ennis won an Olympic medal each, making sporting history. It’s a topic he answers questions about “weekly”.

“It’s one of the most defining moments of my life. Without Super Saturday I wouldn’t be here. It was what propelled me into where I am now.” He recounts the difficulty of retelling those events:

“To try and bring people into that moment is difficult. Words can’t exactly express how you feel – there aren’t words to talk about some of the most important moments of your life. It’s easy to tell people how great it was but for them to feel it…”

Greg notes the nation wide happiness that Super Saturday brought about “Whenever I talk about [it], people generally smile”

“It’s a really fascinating thing – people start smiling. I think it’s not because of me, it’s become one of those moments. I have people telling me ‘I was in Olympic Park’, or ‘I was on holiday with my family in a Norwegian field and we had the radio on and we were all cheering and somebody fell out the boat’ – I’ve had that story before. It’s become that ‘where were you when’ moments, and it’s incredible that I’m involved with that… I very much struggle to put myself in that world if you know what I mean.”

“As soon as you stop, there’s time to reflect. That’s probably what’s going to happen to me in a few years time.”

One thing that surprises me in Greg’s talk is his lack of surprise at his win. He explains that if you train every day for one thing, to succeed is not a surprise – just a result of hard work and commitment. With this in mind, I ask if he got a sense on the day that he was making history – “That was one thing that I didn’t know. It’s bizarre. Jess and Mo are people that I’ve known for years, and all of a sudden Jess has won and I’m inspired to win, then after I’d won I watched Mo win and in that moment it was amazing: me Jess and Mo have all one”. I how Greg explains this moment as first and foremost, an intimate victory shared between friends before it became a cause of national celebration.

“There was never a moment of ‘this is the most successful evening of athletics in Olympic history for Great Britain.’ For me to be a part of that is still very odd to comprehend… I couldn’t understand fully the magnitude of the event on the evening because, how can you?

“Most people who’ve won Olympic medals have said to me ‘you never truly understand what [a win] means until you’re long retired and long forgotten.’ Yes – you live for those moments, you work hard for those moments, then when they come you then move on to the next moment. As soon as you stop, there’s time to reflect. That’s probably what’s going to happen to me in a few years time.”

Greg also had a fitting metaphor for his familial support system at his home in Milton Keynes – “like a team”. I ask how they reacted that Saturday:

“They were crying, obviously. It’s a very weird thing because all I wanted to do was find my mum and dad once I’d won and I couldn’t because I didn’t know where they were sitting -“ (80,000 people; large) “- I couldn’t imagine where they would be. Then finally i find them and obviously a lot of tears. I think as well especially as youngster they invest so much into you, taking you to training all the time, buying you want you need to survive as an athlete, and then you return it by winning something like that. I think for a parent to feel that level of gratitude and appreciation doesn’t have to be to win an Olympic Gold medal but to try as hard as you can and succeed is all that any parent ever really wants to see. I’ve got two very hard working very supportive parents and I realise not everyone has that. It’s a very lucky place to be.

This notion is definitely something that came across in his talk. Greg recounts his childhood as “your typical chav”. In particular, he speaks of a pivotal moment that came to him while car surfing – lying on the roof of a moving car – where he had an out of body experience and could see him crashing into a tree, subsequently ruining his sporting career. “I enjoyed the thrill of the chase. Danger”. I remind Greg of one particular phrase that caught my mind in his talk: “fear is fun”. He agrees: “for me, there’s got to be a level of danger in my life, otherwise I get very bored very quickly.”

“For me, there’s got to be a level of danger in my life, otherwise I get very bored very quickly.”

I tell Greg how terrified I would be if I were competing in the Olympics, and he is dismissive;  “Thing is, I prepare for jumping into a sand pit a lot – it’s my life.”

I ask about his recent appearance on Strictly Come Dancing, which he commenced training for a mere 4 days after his return from Rio. I ask how he found the transition from athletics to dancing – seamless, surely?

“It wasn’t an obvious transition” He explains, even after my insistence that his athleticism must lend itself easily to the craft. “Being a professional sports person was a hindrance to the dancing side of things, as I found with my bum poking out. It was hard work because I’d learned something completely different to what I had to do. The biggest thing was I spent my adult career learning a dorsiflex position which is basically toes and feet up, whereas in dancing everything is pointing. You never point your toes in track. So I had to instantly try and undo all this work, and it hurt.”

Essentially then, long jump is directly contingent to bad dancing. “Thankfully because I didn’t do it for long enough to undo anything. I’ve been back in training nearly a month now and so far so good.” Greg can’t see any recreational ball room dancing on the horizon then, but admits he might take it up in his retirement.