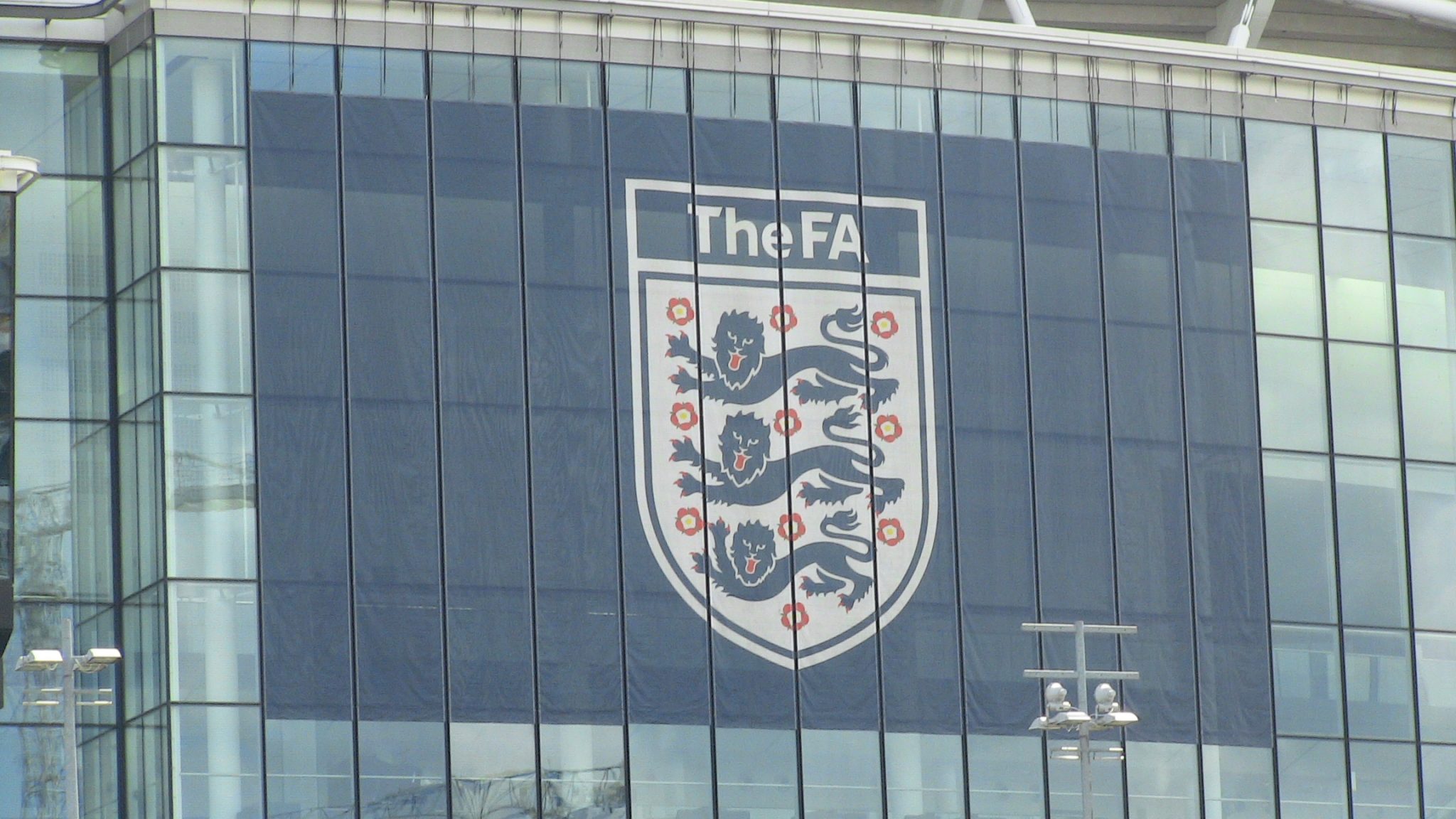 Gareth Southgate sat motionless, deep into the six additional minutes at White Hart Lane, the stern look plastered on his face starkly juxtaposed with the rapturous noise echoing around the ground. The newly appointed England manager had the demeanour of a man who was watching with an agenda that was yet to be finalised: learning, but not yet fully understanding.

If Southgate was merely concerned with the individual performances on show, the 86th minute departure of Dele Alli for Moussa Sissoko may well have signalled his exit, as it would have done with too many a predecessor. Alli produced a man-of-the-match performance of immense quality, twice heading pinpoint Christian Eriksen crosses past the hitherto unflappable Thibaut Courtois in a 2-0 Tottenham victory, ending Chelsea’s record-breaking run of 13 consecutive Premier League victories.

Yet, of at least equal importance tonight was system. Wind back two months to November 5th and Ronald Koeman’s Everton arrived at Stamford Bridge on the back of four consecutive Chelsea victories in a 3-4-3 system that Antonio Conte was beginning to imprint effectively. Koeman set up his Everton team to match Chelsea, with Funes Mori, Jagielka and Williams making up a three-man defence. Yet, come thirty-six minutes the Toffees were 2-0 down, and Bryan Oviedo was hauled off as Koeman admitted defeat in the endeavour, reverting to a back four.

It’s high time that Southgate reward that determination, by handing Alli the responsibility he merits for his country.

Mauricio Pochettino remained undeterred, and a Tottenham team containing 5 regular England internationals lined up in a 3-4-2-1 formation, matching up to Chelsea, and outplaying them convincingly at their own game. Evident in their gameplay and positioning was the meticulous tactical preparation from Pochettino, who himself dubbed the system “too hard to explain to you [post-match press]”.

Now, Gareth Southgate has time on his side to rethink his tactical approach, with England facing friendlies away to Germany and France either side of two World Cup Qualifiers, time enough to implement this system with the England national side. That is key. Ronald Koeman gambled; Mauricio Pochettino did not. This was no afterthought: Tottenham have started with a three-man defence on five (W4, D1) occasions in the past 18 months, including a 1-1 away draw with Arsenal and the recent 3-0 home victory against Hull. Pochettino used the 4-1 away victory at Watford as something of a dress rehearsal, and the development of attacking movement and link-up play at Vicarage Road was impressive. Guardiola too is an exponent of the system, and but for Kevin De Bruyne rattling the crossbar from just under six yards out at 1-0 up, may well also have outpointed Conte’s men.

It is important that it is Tottenham’s success that Southgate reflects on, for all that Chelsea have made the formation fashionable on these shores of late. Since accepting their lack of top-class wide players, England have experimented with countless ways to falsely engineer width into the team – whether that be in a 4-3-3 or a 4-2-3-1 – and Southgate’s failure at the eleventh hour to engage Wilfried Zaha in a U-turn over his international declaration for Côte D’Ivoire represents a further deficiency in the area. But in a 3-4-2-1 system, a certain positional freedom is afforded to the attacking trio, with the width being provided by the wing-backs.

Defensively, Southgate has options, and his main job will be to settle upon a combination that is comfortable in possession and provides a framework in the centre of the pitch.

Chelsea have Eden Hazard, a player whose capabilities are seemingly constrained only by his imagination, Pedro, and Diego Costa spearheading an attack that transverse opposition territory in the blink of an eye, countering with ruthless & deadly precision. But Southgate needn’t look to imitate, nor long for world class players he doesn’t have at his disposal. Even in the same system, Tottenham did not play in the same manner. Both goals were carbon copies of each other, hallmarked by the freedom, and the movement of Dele Alli, who tormented Cesar Azpilicueta and Victor Moses, neither certain over who should pick him up. As long as the system is prioritised, the players have more than enough quality.

On a day where Southgate voiced his fears over young players not reaching their potential because they believe “they have already made it”, Dele Alli provided a timely reminder of the huge inner drive and determination he possesses. It’s high time that Southgate reward that determination, by handing Alli the responsibility he merits for his country. Roy Hodgson recognised Alli’s talent, but was far too often guilty of sacrificing system for personnel, the 20-year-old as a result being shuffled further backwards on the pitch to accommodate a plethora of forwards in the one team. Southgate must resist the urge; Alli must play in the forward trio, where he has been so devastating in the previous two games, scoring four goals.

Harry Kane had an uncharacteristically poor game against Chelsea, but Southgate will retain faith in him, not least buoyed by the striker’s excellent performance against Watford. Kane and Alli linked up superbly well, typified by Alli’s second goal (and Tottenham’s fourth) where he was found in acres of space by a Kane through ball, firing home on his left foot. The final position in the attacking trio is likely to generate some debate, but the key is that both Raheem Sterling and the bang in-form Adam Lallana have huge potential to be match-winners in the position, and the expectation that every player will be fit for every match is an unwise assumption.

Lallana has been undoubtedly one of the best players in the Premier League this season, and under Jürgen Klopp has become the complete player. On New Year’s Eve, for the visit of Manchester City to Anfield, Klopp deployed Lallana in a forward trio to eye-catching success. Receiving the ball on the left-hand side of the pitch in the eighth minute, Lallana ran at Pablo Zabaleta, who continued to back off, before delivering a sensational cross that was diverted into the net by the head of Georginio Wijnaldum, in what proved to be the decisive goal. Lallana covered an astonishing distance of 12.88km in the game – bettered only in the league by his own 13.22km vs Sunderland – and took up a range of clever positions in dangerous territories, adding a game-high total of 3 key passes. It may only be the injury to Coutinho that has seen Lallana in the position, but it is where he should stay for England.

The width in the England system, with the fluid forward line free to roam, will be provided, if fit, by Kyle Walker & Danny Rose. Rose was relentless in attack at White Hart Lane, continually causing problems, and was reliable defensively. Walker started the game particularly slowly, potentially a result of missing the Watford match through suspension, but grew into the game, nullifying a lethargic Marcos Alonso with a dominant display. The two are key linchpins in Tottenham’s success under Pochettino, and Southgate will be keen to transfer that to the international arena.

The newly appointed England manager had the demeanour of a man who was watching with an agenda that was yet to be finalised: learning, but not yet fully understanding.

Defensively, Southgate has options, and his main job will be to settle upon a combination that is comfortable in possession and provides a framework in the centre of the pitch, an area of real Tottenham quality against Chelsea. Gary Cahill, John Stones and Eric Dier have all played in a 3-man defence this season, whilst the fantastic form of Phil Jones, and the return from injury of Chris Smalling are welcome bonuses. The role of David Luiz as the ‘spare’ man in the Chelsea defence has been well documented, and there is argument that John Stones could perform the same role to a high level. Playing without a holding midfielder, however, is too risky for England, and Eric Dier may be better suited as the workhorse of the England midfield, tackling & intercepting alongside the more dynamic Jordan Henderson.

International football is facing an uphill struggle to retain its aura in a time where club football is the pinnacle of the game, and faith in the England national side is miserably low. But the next international break will be an interesting one, and all eyes will be on Southgate in his first fixture as permanent boss. 3-4-2-1? We’ll see.