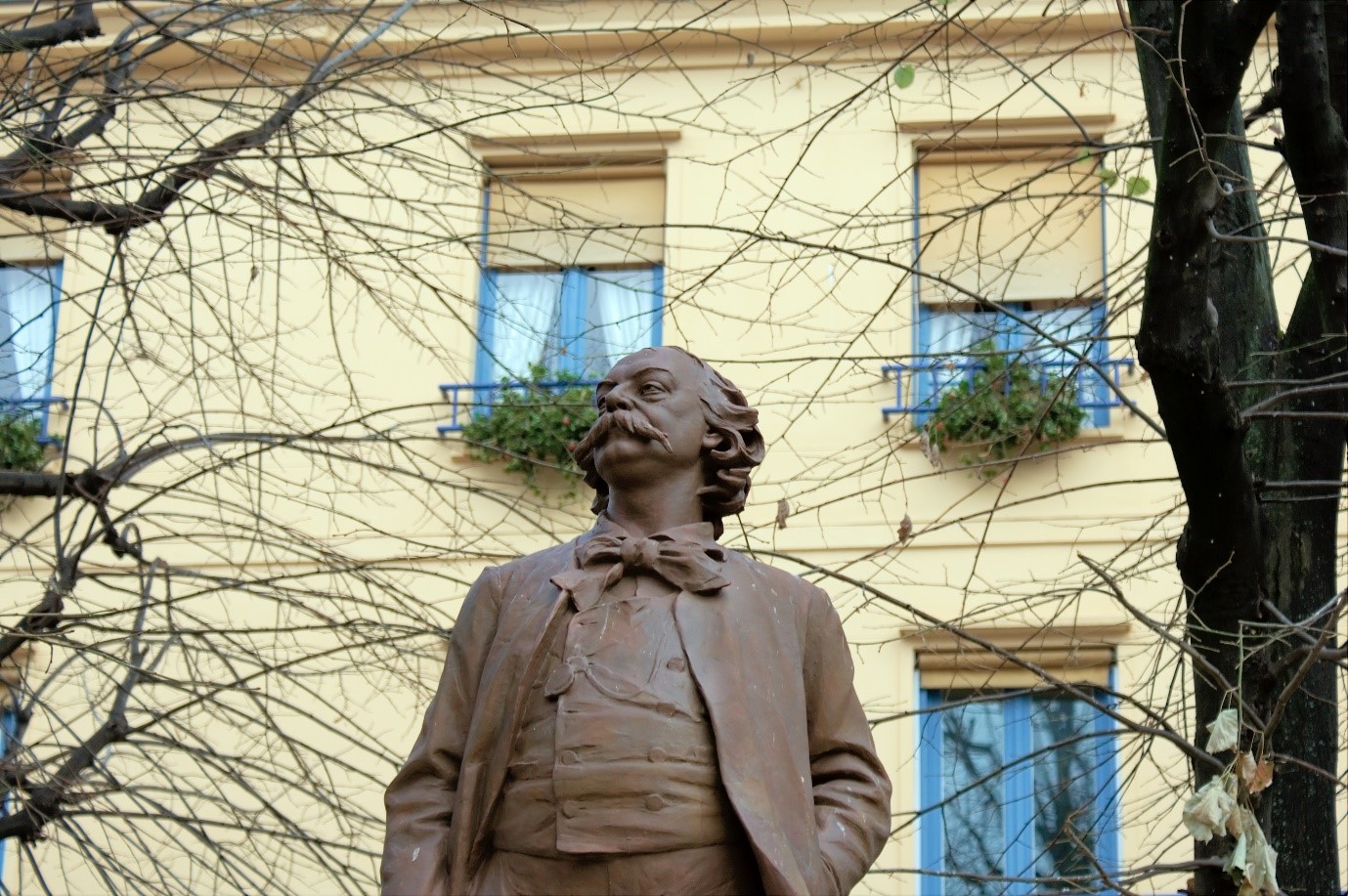 A Novel Form of Revenge

“Let me tell you why I hate critics”, begins Geoffrey Braithwaite, the protagonist of Julian Barnes’ novel, Flaubert’s Parrot, in one chapter. A common sentiment, surely, for any literature student or paranoid narcissist. The ire of Geoffrey Braithwaite, a fanatical investigator of all things to do with the French realist novelist, Gustave Flaubert, is, however, reserved for one particular offender: “the late Dr Enid Starkie, Reader Emeritus in French Literature at the University of Oxford […] and Honorary Fellow of Somerville College”. The offence? A heinous crime against Flaubert’s classic Madame Bovary. The sentence? These ones:

“Flaubert does not build up his characters…by their objective, external description. In fact, so careless is he of their outward appearance than on one occasion he gives Emma [Bovary] brown eyes; on another deep black eyes; and on another blue eyes.”

It is not so much the assertive quality of Starkie’s criticism with which the narrator finds fault as its catastrophic factual inaccuracy. Not only had the esteemed critic made the mistake of choosing a portrait of Flaubert’s contemporary, the writer Louis Bouilhet, for the cover of her study, Flaubert: The Making of the Master, but her esteemed criticism was a steaming pile of merde (pardon my French). Rather than carelessness, Flaubert shows a lot of care in depicting the way in which Madame Bovary’s eyes appear to change colour. He writes “although they were brown, [her eyes] would appear black because of her lashes”, and “they were black when she was in shadow and dark blue in full daylight; and they seemed to contain layer upon layer of colours”. Starkie’s claims are revealed to be a load of hot air, a point which Geoffrey Braithwaite nods towards as he describes the “magisterial negligence towards a writer who must, one way and another, have paid a lot of her gas bills”.

In the highly unlikely event that Julian Barnes decides to peruse the middle pages of a student publication, I ask him to forgive my parroting of Flaubert’s Parrot. I judge the appropriation appropriate, however, because the book, which includes such a razor-sharp reference to a former Somerville academic, was one which I had checked out of the Somerville College library. What is more, I had noticed when opening the cover of the novel that it had been left upon bequest by a mysterious June Barraclough. After some quick-thinking detective work on Google, I discovered that this June Barraclough, later a successful novelist herself, had been a French student at Somerville in the early ‘50s, precisely the time when (imaginary drumroll please) Enid Starkie had been a Fellow at the College.

If not a laugh, at least give a chuckle. At the very least, feel a fitting sense of postmodern irony. The conclusion which I draw is that the novel, idly taken from the shelves of the Somerville Library, was not there by chance but by design, the last laugh of a long-gone undergraduate towards her former tutor because of some second rate and out of date literary criticism.

But I hope it’s the last laugh that another student can appreciate when they reach the end of this convoluted story, or when Flaubert’s Parrot is next checked out from the library. It remains, in any case, literarily the funniest story that I’ve ever heard.