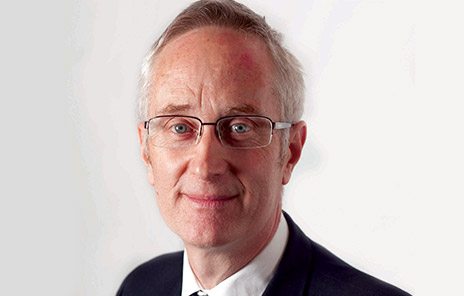 On 7 February 2017, the Department for Education announced Sir Michael Barber as the preferred candidate to become the Chair of the Office for Students, the OfS.

The Office is a new public body to be established by the Higher Education and Research Bill. It seeks to combine the operations of the Higher Education Funding Council for England (HEFCE) and the Office for Fair Access (OFFA). The OfS will be a regulatory body for higher education, seeking to promote the interests of students in choice and competition.

An alum of the University of Oxford twice over, Sir Barber achieved a 2:1 in History from Queen’s College in 1977 and his PGCE from Westminster College in 1979.

He has taught at schools in Britain and Zimbabwe and worked in various capacities for the National Union of Teachers. He was a professor of Education at both Keele University and the University of London.

Sir Barber began his governmental career as Chief Advisor to the Secretary of State for Education on School Standards during Tony Blair’s first term as Prime Minister. During Blair’s second term Barber served as the Chief Advisor on Delivery. From 2005 onwards, he was expert partner and head of McKinsey’s Global Education Practice. In 2011, he became the Chief Education Advisor for Pearson and is currently Chairman of the Pearson Affordable Learning Fund.

Sir Barber has 20 years of experience in education and government reform and improvement. He has published many works, notably including ‘Instruction to Deliver’ (2008) and ‘How to Run a Government’ (2015).

The appointment of Sir Barber is contingent on a pre-scrutiny hearing by the Education Committee. The Higher Education and Research Bill is facing opposition in the House of Lords. Some have suggested Sir Barber’s appointment will be opposed on the grounds of his past enthusiasm for creating a market-led approach in higher education, as detailed in his 2013 report, An Avalanche is Coming: Higher Education and the Revolution Ahead.

Regarding his appointment, Sir Michael Barber said, “I am delighted to take on this role and deeply conscious of the degree of responsibility it involves. The higher education sector in England, with its welcome diversity, is a jewel in this country’s crown. It has a major role to play in a global Britain and a fairer Britain.”