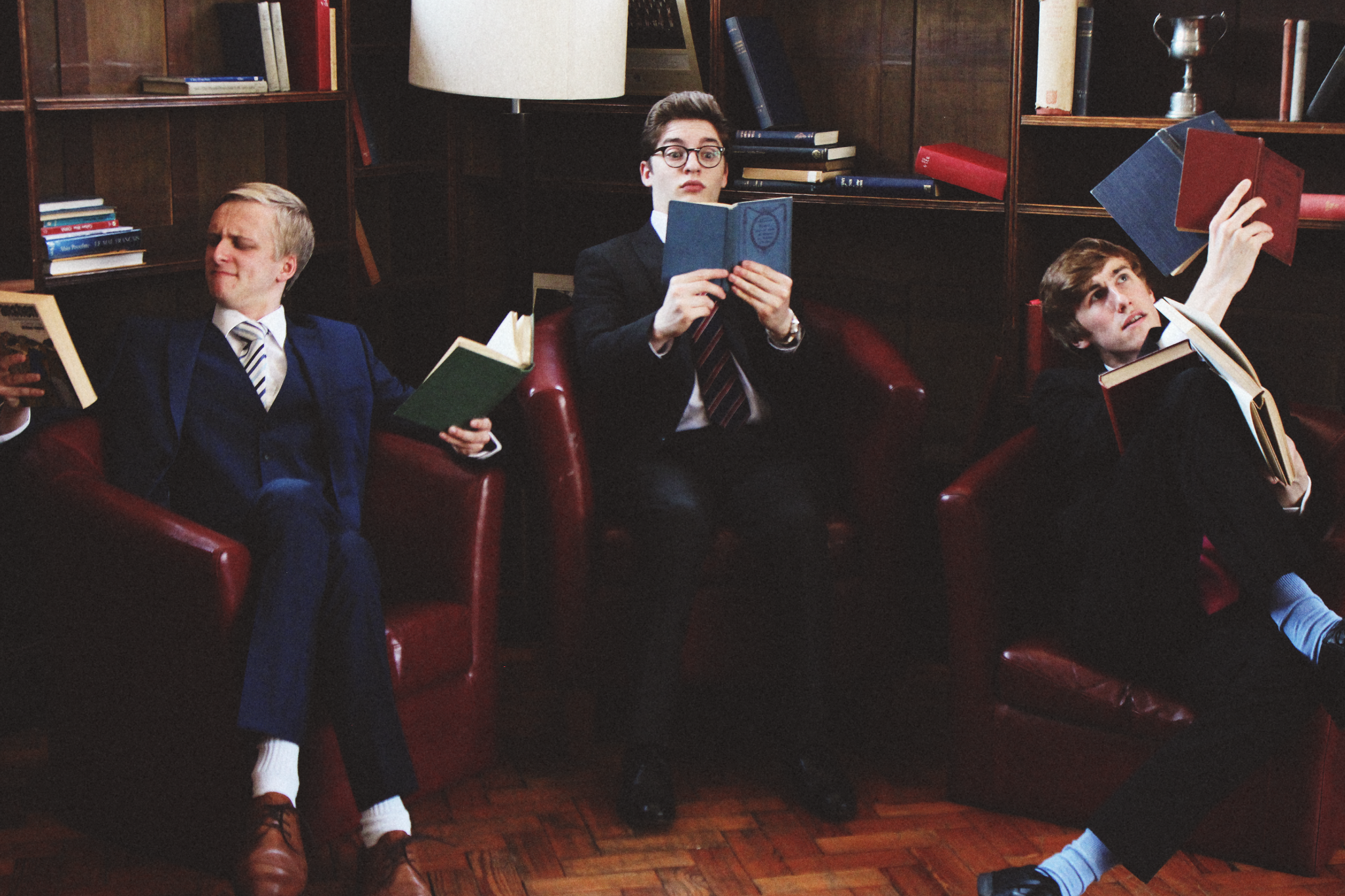 Three Men in a Boot: A Rather Sketchy Show: A Review

Three Men in a Boot: A Rather Sketchy Show was a hugely engaging evening from start to finish. It was at times silly and at others satirical, and a hyperbolic yet somehow still relatable show. Refreshingly, A Rather Sketchy Show gave the audience three different acts and therefore three different styles of comedy. Glenn Moore kicked off the show with a dry, self-deprecating humour. His jokes were original and appealed particularly to a student audience through copious wit: my favourite was his gag about miraculously acquiring sixteen Sports Direct mugs. Moore responded very well to the audiences’ dynamic to ensure an extremely lively, playful energy. This was most fitting with the tone of the first act, a brilliant female double act (Rachel and Ruby) called Shelf. Their humour was more sarcastic in tenor and centred on a human’s blunders: accessible and sympathetic, ‘Shelf’ immediately captured the audience’s attention with warmth. The title act, Three Men in a Boot, took the stage in the second half of the show with a sketch series so diverse, jocular and cleverly sharp the end seemed to come only too soon.

The way both Shelf and Three Men in a Boot engaged with topical politics was inspired. Far too often can comedy shows become laden with satire so that the humour seems unoriginal and contrived, yet Shelf gave a refreshing slant. Beginning with a quiz of whether X happened in 16AD or 2016, I was expecting a show driven by the damning political events of last year; however, Rachel and Ruby ironized this as an almost too obvious focus by turning inwards, creating comedy out of their own lives. This meant their sketches abounded with a light-hearted energy which was truly refreshing to see. Pace and timing were used impressively, particularly in their sketch about writing a job application email: incredibly rapid, animated and energetic, we couldn’t help but be instantly absorbed. Three Men in a Boot too created a wonderful balance in their nudges towards satirical political slander – “Main cause of Brexit? Idiots” – and personal, playful sketches of Chess and Postcards.

The way recurring jokes were woven throughout Three Men in a Boot’s performance was extremely clever – a testament to the quality of their writing.

In fact, my favourite sketch of Three Men in a Boot was a commentary on a game of chess. From offstage and speaking into a microphone, Jackson took the role of a Chanel 5 Broadcaster to Sutton’s chess match. Remaining completely silent aside from a few smug chuckles, Sutton’s comical facial expressions against the slow drone of Jackson’s speech, which then escalated into a rapid racehorse commentary, created impeccable moments of hilarity. This was a very well structured and brilliantly executed sketch. And undeniable is the talent of Jackson and Sutton: their physical and vocal transformation from one character to another was very well performed, with total commitment and incredible energy.

The way recurring jokes were woven throughout Three Men in a Boot’s performance was extremely clever – a testament to the quality of their writing. Ongoing references to the Bible, which was the premise of the first sketch, heightened the audience’s attention. Joining individual sketches together was the overarching gag that they were two men in a boot rather than three; therefore, they made a story by which Wes (the missing third of three men) had passed away. And Jackson and Sutton really used this gag to their advantage in sketches where they required a third person, so that the comedy became brilliantly farcical. Wes lapped up a thunderous laugh when he burst into the room in the final sketch of the show, ‘Resurrection’. This recurring gag gave a comic yet effectively cohesive narrative arc to the show: a brilliant choice from Three Men in a Boot.

It seems a shame that A Rather Sketchy Show ran for just one night here in Oxford. Spirited and lively with moments of hilarious brilliance, not once did my attention waver. I would without doubt recommend the future projects of all three acts of the evening, and only hope that the show encourages comedy to flourish even more within Oxford’s creative scene.