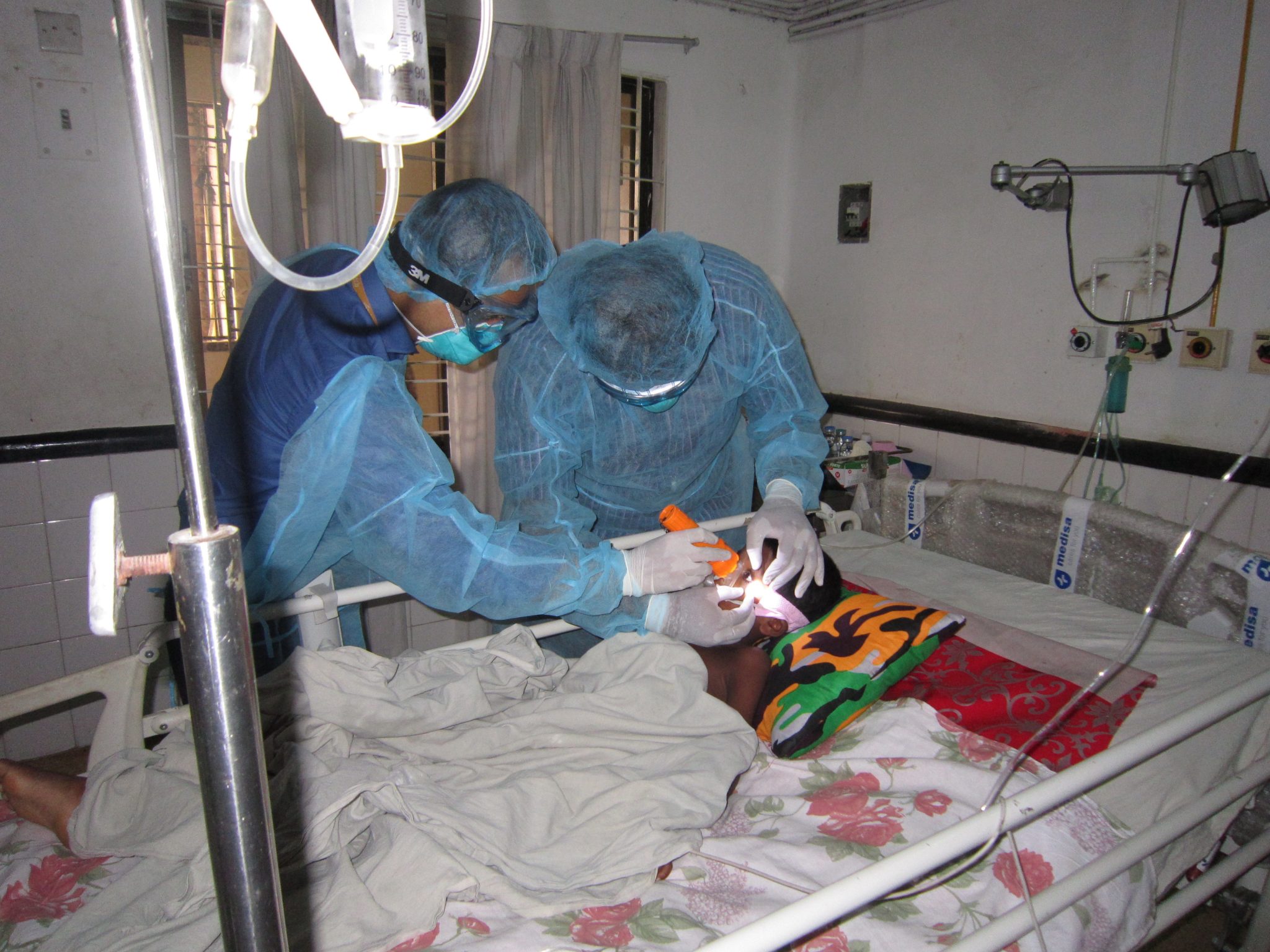 Harassed in their own house: violence against healthcare personnel

‘The physician amuses the patient while nature cures the disease’: French philosopher and historian Voltaire said this, though the current scenario is totally the opposite. Managing a patient is not at all amusing for the doctors, particularly in developing countries. Medical professionals are now increasingly subjected to violence by both patients and their relatives. The situation is comparatively better in the developed world because of strict regulations, ensuring security and an organized medical system. The scenario is horrifying in countries like Bangladesh, China, India, Pakistan, etc. Here, I also tried to explore the root cause of this violence and how can we overcome the situation.

On 28th February, 2016, Dr. Abdullah Al Mamun (a government doctor) was grievously injured while working at a Sub-district level hospital in Khulna, Bangladesh. He was attacked, as he did not agree to visit sick wife of the local public representative at his residence. He was on duty and his only fault was to advise them to bring the patient to the hospital. In August, 2016, Dr. Shompa Rani Mondal, the residential medical officer of a primary health care centre in Shyamnagar, Satkhira, Bangladesh was brutally beaten by a gang of local thugs in her office while on duty. She had to declare a death of a child who was brought dead in the hospital. Later she was further harassed by the local police and political personnel as she denied to withdraw her case. A counter case was filed against her and she was arrested. She was released only when the prime minister of the country noticed the news and took action against the culprit. I choose two recent incidences in Bangladesh to give an idea to the readers of how bad the situation is. These two incidences are just the tip of the iceberg. The scenario is very similar in all the developing countries nowadays.

A survey over 270 tertiary hospitals done by the China Hospital Management reported that 73% of them witnessed violence of some form. In 2006, the Chinese Ministry of Health reported 9,831 major disturbances, including physical violence in Chinese hospitals, while it increased to 17,243 in 2010. Over 10 years to the end of 2011, 29 murders and 52 serious injuries happened in China. Most of the reported victims were doctors, nurses and other hospital staffs. A recently published report revealed that almost 77% of physicians had faced either verbal or physical abuse in Pakistan. Dr. Madhok from India reported ‘doctors being molested, thrashed and abused fault.’ A report published from Riyadh city of Saudi Arabia mentioned that around 67.4% medical staffs were faced with violence while on duty. Nurses were are more likely to be harassed than physicians. In Kuwait, 86% of the doctors had experienced verbal insults or imminent threat of violence while 28% had experienced physical attacks of which 7% reported serious or fatal injury. Physicians in emergency medicine, psychiatrists and those involved with primary care are at increased risk of violent acts from patients and families.

Doctors and hospitals have become easy scapegoats for other fundamental problems

Why is the scenario  disastrous, particularly in developing countries? The major reasons include: lack of communication between doctor and the patients, real or assumed lack of attention to the patients, long waiting time, dissatisfaction with treatment, disagreement with the physician, poor image of medical profession, unorganized and poor resourced health care delivery system, ineffective or reluctant action of law enforcing agencies, lack of security in the hospitals, ineffective and inadequate service delivery, lack of quality medical education, weak and biased bargaining authority for the doctors etc.

Doctors and hospitals have become easy scapegoats for other fundamental problems in the stewardship of the health care delivery system in developing countries. China spends only 3 % of the world’s total health expenditure on 20% of the world’s population. Only 4.3% of the budget was allocated for health and family welfare in 2015-16 fiscal year in Bangladesh though the population is more than 160 million. Scarcity of funding and resources is one of the root causes of the problem. You can never satisfy a patient if you need to serve more than 100 patients daily (within 5 hours) in the outpatient department. This is the most common scenario in all public health care settings of the developing world. People should understand this huge limitation. Because of that limitation, there will always remain a wide gap between the patient’s expectations and the reality. Patients feel that they have not been looked after properly and take the matters in their own hands.

Doctors and medical staff also have responsibilities. There is a need to improve the doctor-patient relationship. Negligence should not be accepted and tolerated under any circumstances, all healthcare facilities should be managed by qualified hospital administrators. Patients should be involved in decision-making regarding their treatment and provided with adequate information about the possible complications. Doctors should never promise a 100% cure.  The media should play a more positive role rather than always depicting a negative picture of the doctors and hospitals. Sadly, doctors always become an easy target for the blame-game by sensational media reports. Every healthcare facility in the developing world must have a liaison officer or public relations officer to deal with the media and respond to their queries. No media personnel, particularly the digital media should be allowed to enter the healthcare facilities without prior permission of the hospital authority. This can reduce confusion and tension between media and medical staff. This practice is well followed in all the healthcare facilities of the developed world.

The professional bodies and organizations should play a judicious role on this issue. They could come up with a mechanism of self-monitoring their members to ensure ethical medical practice. They should also uphold the pride of the profession and act as a bargaining body with the authorities when violence occurs. But in most of the developing countries this never happens. Woefully, medical associations behave inefficiently in such incidences. In some instances, these associations become the playground of fulfilling personal interest rather than the community’s general interest. So, general doctors never rely and trust them and they expect very less from them. This situation also needs to be changed. Physicians in the developing world should also rethink and reconsider their relation with pharmaceutical companies and laboratory diagnostics. These relations need to be looked into by the National Bioethics Committee which will help in eliminating unethical practices. As a result, the doctors’ community can earn the trust of the masses.

You can expect healthcare personnel to work with dedication and devotion only when the working environment will be safe.  Breaking news on the television channels regarding the death of patients due to a doctor’s negligence has only served to work against patients’ own interests. If the government still handles the scenario reluctantly, I am afraid doctors will also be reluctant to handle serious cases. A culture of re-shouldering will develop which will only cost many precious lives. Braindrain and skill drain are inevitable.