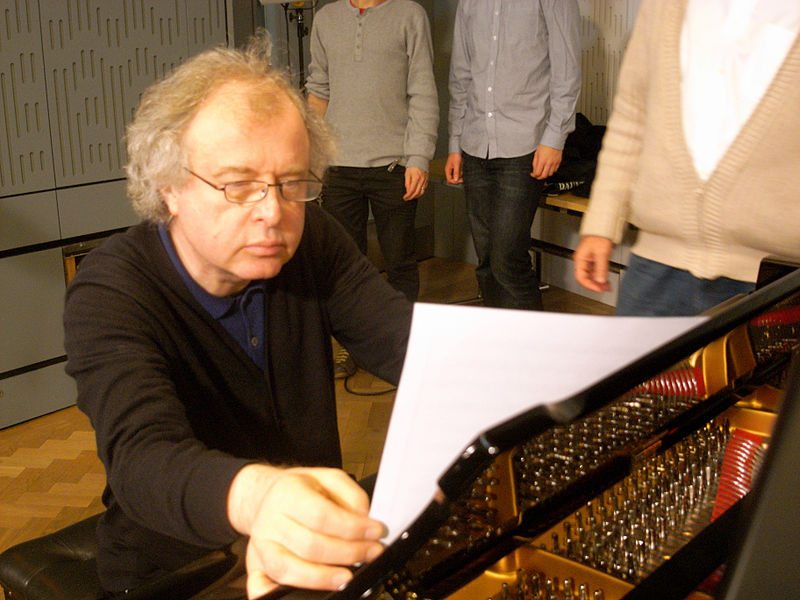 Now this is how you play Beethoven: A review of Andras Schiff’s Beethoven Piano Sonatas

Released in late 2016, the complete box set of Beethoven’s 32 piano sonatas played by Andras Schiff, is now available on the ECM label. Schiff chooses to present the sonatas in chronological order, so, as he says, to give a sense of the evolution of Beethoven’s musical style. This slightly unusual approach is very persuasive: In presenting the sonatas in this manner, as Schiff explains, we hear Beethoven’s musical language evolving from piece to piece. By the end, we can scarcely imagine how far we have come. This approach gives an even greater sense of drama and unity to these pieces. We are taken on a journey of lifetime of musical invention – one I would thoroughly recommend.

A stand out feature is the fact that Schiff chose to make these recordings in concert. What you hear is a live performance, with very little subsequent editing. There is a sense of danger and of risk taking which is an essential ingredient in performing Beethoven’s music, and one that is too often lacking in more common studio recordings. Moments where we hear the odd eccentric expressive gesture, we are confronted by the fact that we are hearing a man spontaneously relay to us these great pieces of music. We are forced as listeners to engage with the human performer, and the emotional and physical challenge of the performance itself. There is a consistent clarity to the expression, which coupled with the scant editing gives a real sense of honesty. Schiff has nothing to hide. This is good, since as a listener there is nothing you would want to miss.

Schiff’s rendition of the “Hammerklavier” sonata is a particular highlight. Schiff challenges himself to play the opening movement at a much brisker pace than many recordings, as Beethoven himself suggests with his own tempo markings. Schiff pulls of the movement most emphatically, communicating viscerally the emotional and physical struggle of this music, demonstrating how one inevitably feeds the other. It troubles me when this sonata is taken at a more cautious pace, as we lose something essential in the music. This is as exciting a performance of this piece as I have heard on a modern piano.

To me, it is in these later sonatas where Schiff really comes into his own. He manages to articulate the large scale and complex structures in a manner which retains a high degree of pianistic and expressive spontaneity. It showcases the rigorous musical intellect that underpins these recordings, along with an insatiable musicality. The final two movements of Piano Sonata no.28 are handled in a particularly masterful way. The attention he pays to details of phrasing in the return of the main theme of the first movement, the abrupt staccato at the ends of phrases, ensure that it fades out most effectively to make way for the finale. The tempo of this movement is perfectly judged, not rushed, but thoroughly exciting.

The encores included with this set are a real bonus, representing some of the most beautiful music in the set. We gain insight into how Schiff views these sonatas in relation to the work of other composers. The performance of Bach’s Prelude and Fugue in B flat minor from the first book of the “Well-Tempered Clavier”, as an encore to the “Hammerklavier” sonata (no.29 in B flat major), follows on perfectly from the final fugue of the sonata itself. We are shown the model of fugue which Beethoven inherited from Bach, and in retrospect, how Beethoven has made the form his own in the finale of the “Hammerklavier”. What’s more, the playing is sublime: Each line of counterpoint is clearly and expressively articulated and perfectly balanced. If it was ever doubted that Schiff had a particular talent for playing Bach’s music, this should be enough to persuade otherwise.

There are moments, however, where I am a little less convinced by some of Schiff’s interpretative choices. In the first movement of Piano sonata no.27 in E minor, op.90 the sections, especially at the opening of the first movement, where the hands do not play together seem to disrupt somewhat the natural flow of the music. I feel there is a similar problem with Schiff’s interpretation of some of Beethoven’s sfortzando markings. For me they are at times too abrupt, and harsh in places where perhaps a warmer sound would have suited the music better. A criticism I would level at these recordings it is that at times richness of expression in the playing can become a little overwhelming. Flow is sometimes sacrificed for articulative, expressive gestures, which can seem a little fussy.

Nonetheless, with this set of recordings Schiff places a highly compelling and personal mark on these sonatas. They are exciting, expressive and moving. To find fault with this set is perhaps to miss the point. That Schiff chose to record these pieces live surely can be taken as a statement of the necessary imperfection in realising these works. He makes himself vulnerable and is not at all afraid to takes risks. For me, so much of Beethoven’s music lives through this daring and vulnerability. Both are brought to the fore in these recordings, and this is too much a rarity. In making the final edit Schiff made small corrections from material recorded in rehearsals. Personally, I would love to see him release the live performances directly, and feel these might be even more compelling.