Warning: mysqli_query(): (HY000/1030): Got error 28 from storage engine in /home/oxfordst/public_html/wp-includes/wp-db.php on line 2007
 The Homecoming: A Freudian Reading Is a Bit Too Obvious – The Oxford Student
Skip to content 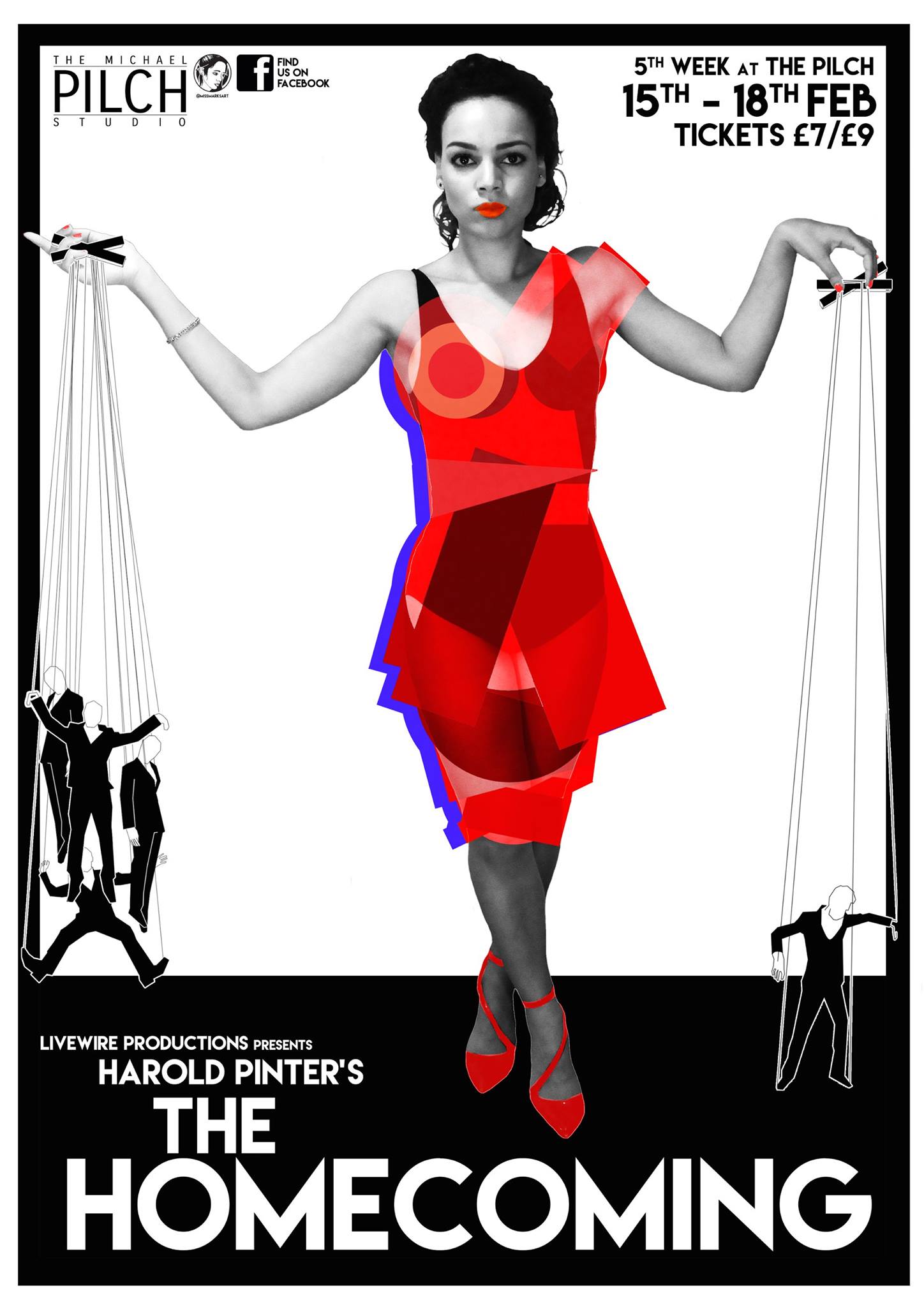 This is not a show to beat the fifth week blues. And frankly, thank god for that. Dark, cruel, and deeply sinister, this new production of the Harold Pinter classic is a delightfully absurdist tonic to our horribly absurd time. With its story of a family reunion gone terribly wrong, the play is unafraid to deal with class and gender politics, and as such it feels relevant today in ways it couldn’t have in its original performance in 1964. Do not go in expecting light entertainment, but do expect scenes of perverse fascination, and some of the best acting in Oxford right now.

The action takes place in a shabby old house on the cheaper side of London, inhabited by an old man and what passes for family; two sons, Lenny and Joey, and a despised younger brother, Sam. But when his third son Teddy returns unexpectedly from a six-year absence, with his mysterious new wife in tow, things take a turn for the bizarre. The new daughter-in-law, Ruth, exerts a strange influence on the men of this dilapidated house, and before long they’re actively fighting for her attention and favour. There’s a gradual slide from semi-affectionate banter to merciless infighting, and the whole thing plays out with the quiet illogic of a nightmare; there is no single moment where the world goes mad. Perhaps it was only ever the men of this world who were mad.

“With its story of a family reunion gone terribly wrong, the play is unafraid to deal with class and gender politics, and as such it feels relevant today in ways it couldn’t have in its original performance in 1964.”

The script demands a certain kind of atmosphere, and the production design nails it. The set dressing is suitably run-down, with period details like cheap gramophones and yellowing newspapers, and the shabby armchair (a kind of central throne for the action) looks liable to collapse at any moment, in a suitably obvious metaphor for this household’s patriarchal structure. Even the smell is appropriate; sweat and cigarette smoke permeates the house, and the confined space of the Michael Pilch works well to create the oppressive, claustrophobic atmosphere the play demands.

The acting is similarly in tune with the script. Adam Cameron Diaper is Max, the family patriarch, and he does very well with a part clearly written for a much older actor. Rather than focusing on his character’s decrepitude, he plays up the spite and pettiness of the role, while also adding a dimension of pathos to his nostalgic ramblings. Adam Goodbody is obsequious yet oddly creepy as Max’s limousine-driving brother, and Alec McQuarrie plays dim-witted son Joey with well-honed comic timing. Rupert Stonehill is suitably pathetic as Teddy, projecting smug elitism and fragile insecurity with equal aplomb.

But the real standouts are Hugo McPherson as Lenny and Cat White as Ruth. McPherson plays a London gangster, his sharp suit instantly distinguishing him from the rest of the cast. He veers between pedantic arguing and soft-voiced threats, rising to a shout at moments of tension. It’s a forceful, menacing performance, matched by White as the play’s domineering interloper. Initially curious, and eventually actively manipulative, there’s something hypnotic about her presence on stage. The other characters fall silent as soon as she speaks, her voice and eye movements subtly asserting her control of the situation. The chemistry between these two is electrifying in their early scene together, and their slow dance/ kiss in the second half is what really sends the play into overdrive.

This isn’t a production for everyone; it’s over two hours with an interval, and the sensation of being trapped in a bizarre situation with people you don’t understand is far from a pleasant one. But for its top-drawer acting, its sinister atmosphere, and its overriding commitment to its aesthetic, this is absolutely a play worth seeing. Just don’t invite the parents.