98.5% of students surveyed believe there is a homelessness problem in Oxford

In an investigation carried out by the Oxford Student, 98.5% of participants stated that they think there is a homelessness problem in the city. Only one respondent answered in the negative, whilst four said they did not know.

The survey also asked in which areas, if any, students believed homelessness to be a problem. Of those that responded, more than 99% believed that homelessness affects the city centre. This is more than twice as many as the next most common response, Cowley Road (42%), followed by Jericho and Iffley Road (18% and 11% respectively).

Some comments drew unfavourable comparisons with the rest of the UK. “It seems like a much more pervasive problem in this city than in other cities,” said one student.

Several respondents, mainly postgraduate students, commented that homelessness has worsened over their time at the University. “Homelessness is very bad in Oxford, and has gotten much, much worse in the few years I’ve lived here,” one reply claimed, adding: “in fact it has gotten suddenly worse over the last few months.”

The Oxford Student asked Councillor Mike Rowley, Board Member for Housing, whether he was surprised by the student perception of homelessness. “Absolutely not,” he replied. “You only have to walk around the City Centre to see people sleeping rough.”

“As well as retaining 100% of our homelessness funding, we have led on establishing a pool fund for services used by people from all the different Council areas, which has drawn in some more funding from the District Councils and the local NHS.”

He also drew attention to the ‘No Second Night Out’ services set up by the City Council, through which people can alert support workers to rough sleepers 24 hours a day, securing them a bed in a hostel and important services.

“Most importantly,” he added, “we’re building the social rented housing that so many local people so desperately need – 354 social rented homes in my own ward, Barton, and hundreds elsewhere in Oxford.”

Who has the primary responsibility for homelessness in the city?

Nearly 85% of students responded that the City or County Council should have primary responsibility for homelessness in the city. 11% of students stated that they don’t know who has the primary responsibility for homelessness issues, while neither the University nor charities were selected as a response by more than 3% of people.

That is not to say that respondents felt the University has no part to play, however. When asked whether they felt that the University should be doing more to help the homeless, nearly three quarters thought that they should. The rest of the vote was split fairly evenly between “I don’t know” (15%) and “No” (12%).

Comments from participants were split on the role of charities and institutions. One response was adamant that the University had no role to play: “No social problem within the city is the university’s problem. The city council and the government are responsible for social injustice, not institutions which are easy to use as scapegoats instead.”

Another, however, believed the University could not distance itself from the city’s social problems: “Considering the University takes most of the housing in the centre and the city’s resources, it’s a moral obligation for them to do more.”

Professor William James, Pro Vice-Chancellor for Planning and Resources said: “The University and the colleges have been working closely with the City Council over the last year to identify suitable sites that might be developed for affordable, rented staff and student housing.

“If these sites are recognized in the new Local Plan, which is currently out for consultation, and if some of the planning rules are amended in line with current government housing policy, then we are confident we will be able to deliver several thousand new affordable homes over the next decade.

Only two of the organisations The Oxford Student asked about were known to more than half of students. 53.6% recognised Oxford Homeless Pathways (OxHoP), which has operated in the city for more than thirty years and runs the Julian Housing and O’Hanlon House projects.

One student was disappointed that their college had failed to work with OxHoP on homelessness issues: “The college did not engage OxHoP to work together on a solution and should do more to financially support groups working with homeless people (the JCR and MCR make donations in money and kind but the college is in a greater financial position to do something meaningful here).”

Meanwhile, 52.9% of students claimed to have heard of Iffley Open House, which recently occupied a Wadham-owned building on Iffley Road as accommodation for the city’s homeless. Despite an agreement reached last month between the group and leaseholders Midcounties Co-operative, Wadham confirmed last week that they intend to take back possession of the site by the end of February.

The survey asked whether students believed that Wadham should have allowed the group to remain on the site until April. Nearly 70% stated that they should have, whilst under 5% said the opposite. The remaining quarter responded that they did not know. A march led by On Your Doorstep is planned to take place this Friday at 1pm between the Radcliffe Camera and Iffley Open House.

Cllr Rowley explained his support for the group, but made clear that he does not believe Iffley Open House is a permanent solution:

“I was happy to sign the petition in favour of Iffley Open House, and as a Wadham alumnus, urge the College and the Co-Op to let the occupiers stay until the cold weather was over, as they had requested. I would much rather people were indoors than on the street; and the support and solidarity from students (especially Wadhamites) and from the local community has been very good to see.

“Unfortunately, Iffley Open House isn’t a sustainable solution to homelessness – as its organisers are the first to admit. They rightly want proper homes for homeless people. The only sustainable solution is to combine a long-term drive to build social housing with a short to medium term plan to make sure each homeless person gets the maximum possible help; and that’s what the City Council is doing.”

Only 4.1% of respondents were aware of The Porch, originally a project run by volunteers from the All Saints Convent in Magdalen Road, but expanded to an independent charity that now helps around 200 people a year.

“It’s no surprise at all that students are acutely aware of homelessness in the city: it is a very visible problem and I’m sure most people know from daily experience it is very difficult to walk along St. Giles or Cornmarket without seeing people homeless on the streets.”

“Even taking the time to acknowledge homeless people is a valuable thing: think how alienating it is day after day to be persistently ignored – not even looked in the eye as people pass.” He added: “We have received excellent support from St Benet’s Hall, Blackfriars and the kitchens of Trinity College.”

Jeevan Ravindran, chair of the On your doorstep homelessness campaign, commented:

“There are loads of opportunities to get involved. You have to join these groups. The university as a whole doesn’t do much to encourage action by students. Charities should use positive campaigning to encourage people to join them, that’s something they could definitely do. Hear about success stories, people who have gone through the system and managed to get their own place. The most important thing is that we know about where rough sleepers are going to go.”

According to the survey, only 13% of respondents give regularly to homeless people in Oxford. Conversely, the proportion of students who claim they never, rarely or occasionally give to homeless people was fairly evenly distributed. Whilst the labels are too vague to make precise claims, it is notable that students appear to be dissuaded from making regular donations to those on the streets.

We also asked those taking the survey to suggest why they give as often or as rarely as they do. The responses were varied and often blunt, but many expressed concern surrounding how effective their donations would be. “Giving money doesn’t solve the problem, it just encourages the lifestyle,” one response noted. “The charity will spend it more productively in some cases,” another said. Similar concerns were often followed by the preference to donate to charities instead.

A considerable number of participants preferred not to give directly as they were worried how the money might be used. “Whilst trying not to sound like a dick,” one commented, “you give them money and then you walk past them later and they’re busy drinking or smoking.”

Many responses claimed that charities or their colleges had instructed them not to give money to the homeless during freshers’ week. The London-based charity Thames Reach is unequivocal: “Giving to those who beg does more harm than good,” says a blog post warning of the prevalence of money spent on illicit substances. “Please don’t give them money. We have seen too many people die from overdoses on the street. Your kindness could kill.”

The aim of the investigation was to explore student perceptions of homelessness in the city, whilst also looking at awareness of the related services and organisations that exist. The results are based off 338 anonymous responses recorded over the course of 5th week, from Monday 11th to Sunday 19th February. In total, only 28.2% of respondents were studying for a postgraduate degree, meaning the vast majority of responses come from an undergraduate perspective. 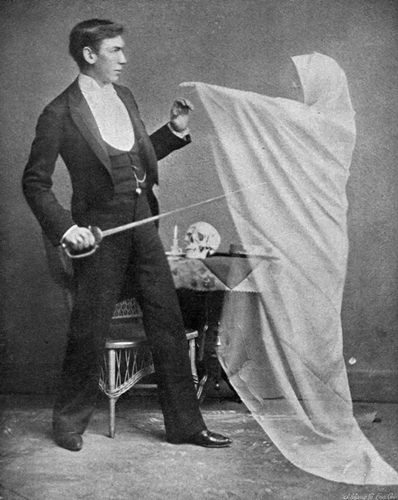 Dead Society of Poets: What happens to defunct societies? 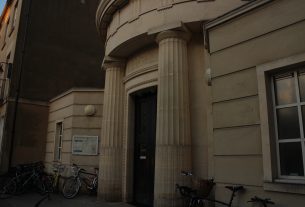 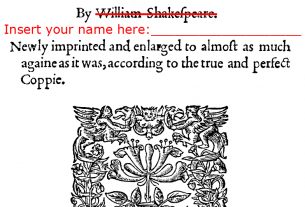 Essay Mills: The crime ‘one in seven’ students are committing