One of the final events of Turl Street Arts festival took place a little further afield last Monday afternoon: Angus Farquhar, artist and Creative Director of NVA, gave an intimate and impassioned talk about his work at the Ruskin.

The main topic of his talk was the restoration of St Peter’s Seminary; a construction unique in it’s architectural significance, yet simultaneous neglect and disrepair. Mere decades after its building it was abandoned – “It was only open for 13 years, in fact its life as a ruin has been 3 times longer than life as working building” Angus explains.

Angus’ understanding of the site is unparalleled, and its easy to see why he was drawn to such a building; he exudes passion and thoughtfulness as he describes the space. He talks about the temporal layering of the site; it has existed first as a seminary, then a space of deterioration and finally a restored art space – but he also acknowledges both the topographical and spatial understanding of the original architects, such as the nods to Le Carbusier in the site’s concrete protrusions and it’s positioning in the Glaswegian hills, juxtaposing brutalism with the Glaswegian forests.

Perhaps this inherent disparity is why Angus chooses to acknowledge the building’s history in its renovation; NVA has chosen to leave “voids” in the site ,“bones of the building” – a nod to the years spent in a ruinous state. Indeed, he acknowledges the “strange game between what time and history has done and what our work is bringing back.”

“There is nothing neutral about this space; it demands you to interact with it”.  Angus explains that St Peter’s will invite people not to make conventional gallery based work; where other galleries provide a blank canvas for interesting pieces, the art here lies in the very shell of the building itself, and Angus encourages the artists listening to “Let the space force you to make a new way of working.”

“There is nothing neutral about this space; it demands you to interact with it”

This building project is clearly saturated in Angus’ artistic philosophy, and he lovingly describes the changes his company has chosen to make, and the challenges they have overcome. Luckily, I get the opportunity to speak to him for a few moments after the presentation.

I am struck by Angus’ description of his ideological background in his talk. He speaks of his early musical career; an industrial band called Test Dept, who used “amazing, wasteland areas, that creatively became our [musical] playgrounds”. Here, Test Dept used the things they found to create music; “Took something that was not valued within a capitalist system”, and gave value to it and “people who exist[ed] outside that system” – what was rubbish became the tools of political rebellion.

“In the 1980’s using that language felt politically revolutionary. We were playing with the propagandised images – setting ourselves up as fake, heroic workers, when the reality was the industry was being destroyed.”

“We presented what we thought was the real visceral reality of that struggle that we thought mainstream news coverage was neutrally responding to… Actually there was something much more intense going on.”

He speaks fondly of a punk ethos – using the skills available to you to create fundamental difference:

“You use things that you find, you take the world as it is, you remodel it in your own way. This is the Punk ethos, which says ‘it doesn’t matter your background, your education: use what skills you have to release some potential in the world.”

With such a rich history and experience of art as a means of political discourse and rebuttal, I am intrigued as to what he thinks the role of art is in 2017, considering the relative political instability of the present. I ask Angus how important he thinks both projects like these, and in a wider sense art in general are, in times of desolation.

“It depends how eclectic you want to be. Sometimes you wake up and you feel despairing, and sometimes you think in a few years this will pass, as people come to their senses. I think the one thing it says is that you cannot take democratic values for granted; they need to be renewed by each generation, every one who’s alive.”

“Values don’t remain static. So things like this are a real call to action – you cannot just be silent. There’s a set of common human values; a belief in pluralism, a belief in neutrality, a quality of difference between people, accepting people, expressing themselves religiously or sexually in ways you don’t agree with you. As long as the way people live doesn’t harm you, you have to support their right to be that person. And when these values becomes eroded or exploited, then right wing have every right to dominate that space.

“This is the Punk ethos, which says ‘it doesn’t matter your background, your education: use what skills you have to release some potential in the world.’”

“So yes, I think its an absolute call to action. And I think you just have to do what you can in your own sphere, and around the issues that motivate you. So its not that there is one way – everyone in their own small way needs to be verbal, and to do it in the real world, not just online.”

“Its very important that it comes back out into face to face conversation. In some ways… well, by the history of the 21st century, in some ways the right have rid the head at various moments in time, and theres had to be a counter reaction; so, whether the Trumps and the Putins and what’s going on in Turkey; hugely intolerant systems, whether it gets worse or it gets better, its ultimately down to people, isn’t it?

Angus is insistent, however, on contextualising his project in the wider scheme of thing. I am amazed by how humble he is.

“Theres a danger of… I mean we are, we’re really a little drop – and I think when i talk about it and sound and feel really important, because its important for me to do that, to make yourself feel like your doing something important, its a relatively small. I think that its, again, its use what you can; use what you’ve got, and I just happen to like extreme, quite ambitious things.

“Is it important to do these things? Yes. Ours is just one of many, many approaches. But it does show that art can be used and placed in an interesting way in society. It follows a long tradition of socially engaged art. If we get it right – that will become a good model, and people should pick up on that in 20 or 30 years time, and question the way they make how they use what they got .

I note he sounds like he’s belittling his project, but Angus is very insistent he’s not:

“Not belittling, not belittling – what I don’t want to do is claim it has more effect than it does.

“I’m hoping the BBC work will go out quite widely.” – The St Peter’s seminary project will be covered by the BBC Next year – “I’m really obsessed with the influence of public debate. If a relationship breaks down, its because the couple aren’t talking. NVA , Nacionale Vita Activa, is drawn from the philosophy of Hannah Arendt, and her drive is to say the best you can do as a human is to take part actively in society.

“If you’re passive, if you remain in the background, that’s fine – but the best thing you can do is get out there, speak to people, be active; because that’s what makes democracy in its truest sense, and thats the war against fascism.”

Interview with Abbas Kazmi, student entrepreneur at the Guild 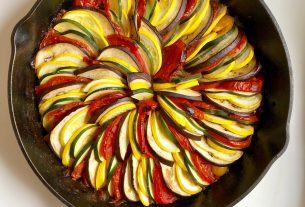 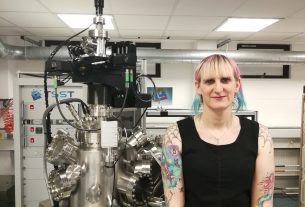