It’s Wednesday of Eight week and morale is low; after a term of essay writing and with home in sight, I would say I am just about done. However, there was one final show I had to check out before I resign myself to weeks of sleep: The Oxford Revue’s newcomers show, Keeping Up Appearances, caught my attention. I had high hopes for this show, I envisioned fresh comedy and non-stop laughter, unfortunately my expectations were not quite met. Whilst Keeping Up Appearances was undeniably an amusing experience, it lacked much of the excitement that I had been hoping for.

With almost 20 different sketches, this show offered a great assortment of gags, however, this also meant that there was a great variation in the quality of the sketches. Some were truly great and some felt a little stale. In the newcomer’s introduction, there was an attempt to address the matter of diversity in a humorous manner and I was impressed with the acknowledgment and incorporation of this issue into the show. However, I couldn’t help but think that one of the ‘token’ white males joking that he thinks he might be black, when asked what makes him different, was actually quite distasteful, considering the complete absence of black performers in the show.

Whilst Keeping Up Appearances was undeniably an amusing experience, it lacked much of the excitement that I had been hoping for.

Some sketches did impress me; I found myself laughing particularly hard at a sketch about a poor attempt to forge an Agatha Christie novel. There was a sketch about classical music which was littered with gloriously terrible puns that filled me with delight. The shortest sketch of the evening was perhaps one of the funniest; as mother sings her baby to sleep but then tells the interrupting child to “go to fucking sleep” the audience were in hysterics. Although I must say the repetition of this joke was possibly a mistake, as by it’s third go the audience’s response was somewhat lukewarm. There were some great jokes but also many that felt a little stale; who hasn’t heard a joke about priests and alter boys in the last few years? Moreover, I think that the subjects of the sketches could have been more innovative, from the inside of the Trojan Horse to James Bond, there was a definite sense of familiarity rather than excitement.

The group varied in the quality of their performances, some members were brilliant and I hope to see more from them. One of the stand out performers was Will Bearcroft; my favourite sketch of the evening starred Will as an uptight, older man who subsequently runs away on a romantic adventure with his daughter’s boyfriend. It was undoubtedly Will’s performance which made this particular sketch so memorable. Other performers worthy of mention include John Rayner, especially when he was playing a man on a train who makes some rather inappropriate observations of Emily Bell’s character. There was something wonderfully tragic about this character and John really brought this out. Emily Bell was also a strong cast member, from playing a bitter old lady to singing a solo about Sainsbury’s; Emily put in a great comic performance and I would be excited to watch her again. Despite some really great performances, there were some moments when I felt that the rest of the cast could have brought more energy to their roles.

Ultimately, I was slightly disappointed by the offering of sketches in this show. Whilst there were funny moments, there was an absence of material which felt new or fresh. There is so much to poke fun at in our world and The Oxford Revue newcomers certainly could have capitalised on this a lot more. 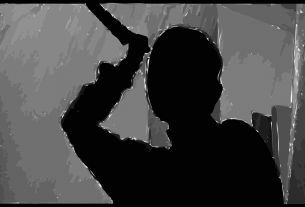