After cutting their teeth on the biggest stage of them all as defeated finalists last season, St Edmund Hall AFC roared with a vengeance at Iffley under the Friday night lights, defeating Christ Church 1-0 in a disciplined display of passion, drive and ambition. Teddy electrified the fiercely contested occasion in the 85th minute as talisman Conor Lyster raced free with a potent diagonal run and lashed home a sumptuous half volley into the bottom corner.

Whilst, on the eye, the real moments of quality in the game were provided by Christ Church, as a team they struggled to extricate themselves from the iron fist imposed by the impressive Hall outfit. Well-versed, resolute, and unrelenting in their hallmark aggressive high-press system, no House player was ever afforded the luxury of being marked merely by his opposite number.

The game had a cagey opening, neither team willing to take early risks with midfield carries, and lumped long-balls were frequently hit in an early territorial battle. Both defences were unconvincing under the spotlight of the high ball, each laden with miscued clearances, communicational breakdowns, and the sort of crunching tackles so naturally associated with play devoid of close control. Even as early as the 9th minute, it appeared that Christ Church would be the beneficiaries of such shaky defence, but Joe Ortiz’s strike into the roof of the net after a goalmouth scramble was controversially disallowed, much to the bemusement of the House entourage. Goalless the game remained.

Christ Church undoubtedly started the game in a superior manner, capitalising upon a certain awkwardness in the Teddy Hall play

Tuppy Morrissey was authoritative in the middle of the park, acting as the key conduit in the side; he first made the aerial ball his own consistently, and then too acted as the chief distributor to the more attack-minded presences. Two more opportunities, half-chances, fell to Pedr Beck-Friis as the half grew older; the first after a Morrissey header had cannoned over the Hall defence and in behind; the second a crisp turn and shot that produced an excellent save from the hitherto untested Hall goalkeeper. Christ Church undoubtedly started the game in a superior manner, capitalising upon a certain awkwardness in the Teddy Hall play, but they will lament that they came away from it with nothing – this period was alien to the 60 minutes that would follow it.

Teddy Hall now began to limit the ease with which House could transition from defence to attack, and they began to see more and more of the ball as a result. The more ball they saw, the more composed they became, and as in the semi-final against Wadham, the channel runs of striker Conor Lyster started to cause tumult in the opposition defence. In an attempt to latch on to a lofted diagonal through-ball, Lyster was brought down clumsily in a tangle of legs by Owen Good, who was seemingly the last man. Rapturous protests for a red card ensued from the partisan Hall crowd, but the non-deliberate nature of the foul, and the distance from goal (over 30 yards), reprieved the Christ Church skipper, and a yellow card was deemed adequate punishment. The resulting free-kick was whipped in dangerously to the back post, where it was cleared off the touchline, landing at the feet of a Teddy Hall body. It was a certain goal but for a miraculous challenge from the sliding Henry Smith, who, at full stretch, was able to divert the ball to the relative safety of a corner.

Despite this now-established maroon and gold dominance, the first half drew to a close with a sublime piece of individual quality from Pedr Beck-Friis in a moment that would have lit up any football match, anywhere. Receiving the ball wide on the right by-line, Beck-Friis evaded an incoming challenge with a deft flick over it on his right foot, drawing inside before adjusting his body position and cutting viciously across the ball on the half-volley with the outside of his left boot. The keeper was beaten; the crowd watched in a stunned silence as the ball rocketed goal-bound, and then a chorus of outcries broke out as it grazed the outside of the right post around three-quarters of the way up.

In the second half, Teddy Hall spurned two glorious opportunities, each carbon copies of the other, to take the lead. It was not a coincidence that Hall started to dominate the game as Steve Pilley became more involved, and he racked up a continuum of tackles and interceptions in the engine room in an industrious display, despite having initially looking off the pace. One such interception, after a missed header from a Christ Church goal kick, set Pilley through on goal, but upon rounding the goalkeeper to an open net, he could only scuff a weak shot that was cut out on the goal-line by a scrambling defender. Angus Murdoch found himself in a similar position on the right-hand side of the goal thirteen minutes later, again with only the finish to find, but hit the side netting with his attempt.

Pedr Beck-Friis’ hold-up play was exceptional all game, the ball a magnet to his large frame as Christ Church looked to hit him regularly. But this frequency, and the increasingly deep positions he was forced to take up, is in fact a compliment paid to the Hall defence, and its chief Allamin Daggash’s man-of-the-match performance. Daggash was solid, dependable, and impenetrable when attacked in the second half, at times also exhibiting innovative bicycle-kick clearances. Christ Church were forced to change their approach as a result, and Beck-Friis began to command the ball much further downfield, leaving no orthodox forward to attack the Hall defence, or run in behind.

As subdued captain Owen Good magnanimously conceded after the game, Teddy Hall managed the game in a highly effective manner

Forcibly devoid of their passing football, the spark for Christ Church had to come from Callum Cleary, who was, technically, the best player on the pitch. Cleary possesses the speed to skin a man on the outside, or drive inside, manoeuvring his body in front of the line as to draw the foul. But in abundance too, in a fashion that can be likened to Eden Hazard, he has the ability to slow the game, standing almost stationary with the ball, and then inject pace back into it with lightning quick feet, leaving the defender statuesque. In the final Cleary was also dangerous from dead-balls, producing several unplayable deliveries from corners and free-kicks, and displayed a fantastic work-rate, tirelessly driving back to regain possession. He in fact displayed the whole repertoire, but he could not influence the game in the final third in the way he, or Christ Church, needed him to. Time after time, Cleary would pick the ball up and beat a man, in conventional or unconventional manner, but there would always be a second or a third Teddy Hall man crowding him out, covering the move ruthlessly. As subdued captain Owen Good magnanimously conceded after the game, Teddy Hall managed the game in a highly effective manner.

In the 85th minute, Teddy Hall received just rewards for their excellent game management, capitalising on a period of lull where both sides looked to be refilling the tanks for a bout of extra time. Latching on to a flick-on, Conor Lyster raced away from tired defensive legs to the right side of the 18-yard box before striking sweetly into the near post with clinical precision. The Hall players wheeled away in delight to the corner flag, mobbing the scorer in passionate celebration, whilst Christ Church heads sunk to the floor, the crushing nature of the late goal so vividly evident in their body language. The one-goal lead would ultimately prove insurmountable – St Edmund Hall AFC were the 2017 Cuppers victors. Christ Church can be hugely proud of their endeavours from the bottom tier of JCR football, and they will only continue to improve with a view to next season; on the day, however, Teddy Hall rose to the occasion fantastically well, with the experience of the old guard reigning supreme over a new force. 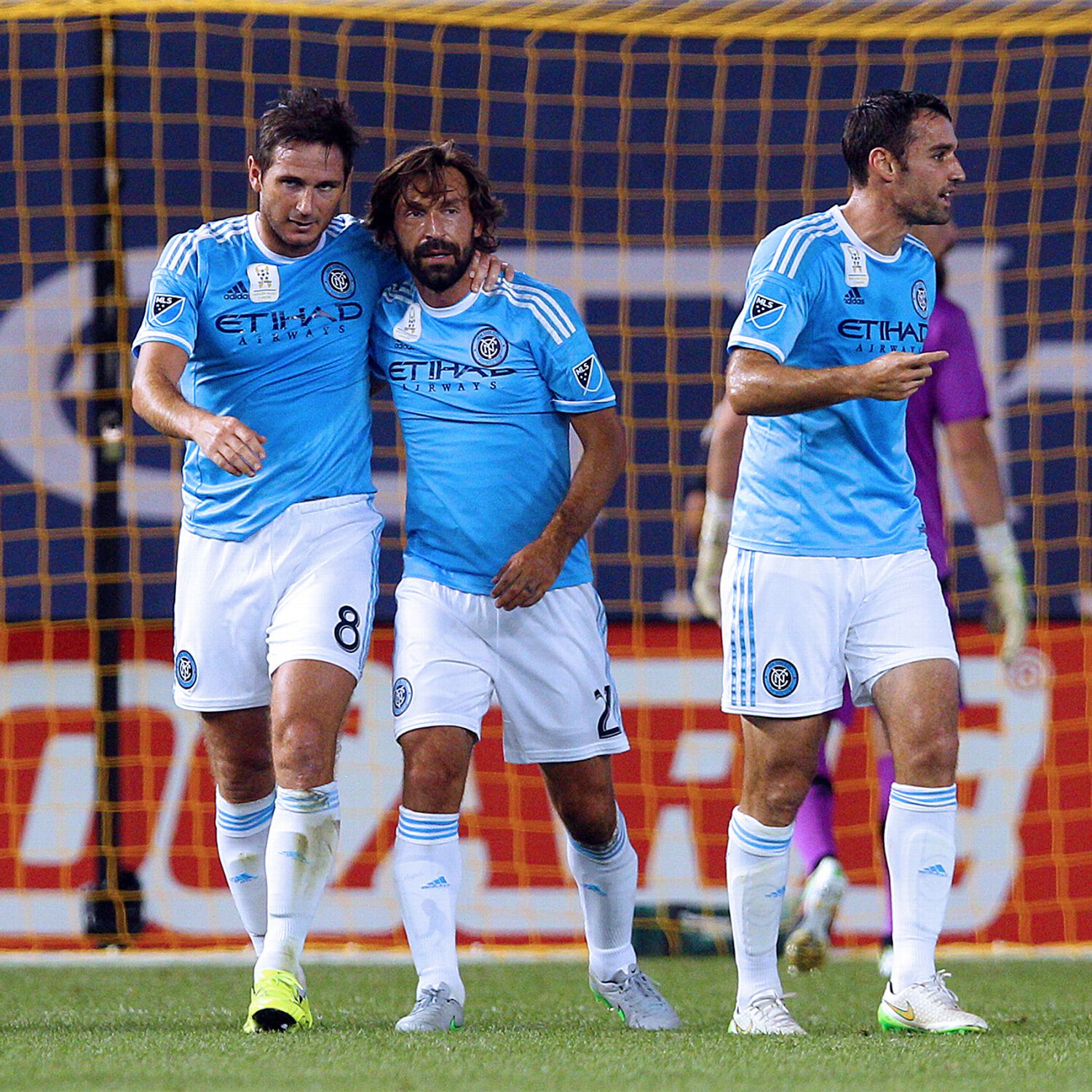 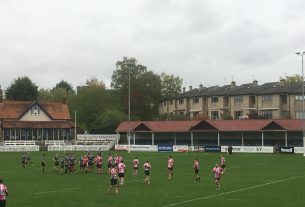