Oxford University will become the first higher education establishment in the UK to offer its students temporary care of a canine friend in an attempt to improve student welfare.

Beginning with trial sessions next term, Oxford students will be allowed to borrow one of five dogs owned by university officials for up to three hours at a time.

The newly established Rent-a-Pup team aims to tour every college in Trinity to introduce the pets to any students who wish to participate. Once matched with a willing ‘pup’, students may spend their three hours together however they wish – the team recommends activities such as ‘walkies’, ‘eatsies’ and ‘playsies’. The Bodleian Libraries have announced that the specially trained canines may sit beside their part-time owners during study sessions, and college libraries are expected to gradually follow suit.

Local welfare campaign Wholesome Oxford has been working in collaborating with the university for the past six months on devising the scheme. “We think Oxford University is ready to pioneer this heart-warming endeavour, and we are delighted with the outcome of our Rent-a-Pup negotiations,” said the campaign’s founder, Rhett Reever. “We feared that our message was only being spread to Oxford students by way of online memes, but this new project should have a more visceral impact on youth happiness.

“After months of focus groups and trips to Oxfordshire dog shelters, we’ve put together a really dynamic team of furry friends,” continued Reever. “We’ve already received invitations from international universities to expand the scheme. By our estimations, we can establish the Wholesome Oxford Overseas Federation (WOOF) within a couple of years and bring the delight of dogs to young people around the world.”

Al Sae-Shon, official coordinator of the Rent-a-Pup team, spoke of his excitement for the term ahead. “As an alumnus of Peterhowl College, Cambridge, I know how ruff it can be to survive your student years at Oxbridge – though it must help to be studying at Oxford, given that it is obviously the superior of the two universities.

“There has never been a better time to em-bark on a scheme like this to maximise student happiness,” Sae-Shon added. “Especially with the exam season coming up, these delightful dogs will surely bring a smile to the face of many a stressed-out Oxon. I think the Rent-a-Pup project is destined for greatness, and I’m sure we’ll be telling the tail of its success to future generations of happy Oxford students.”

Students have been asked to look out for the Rent-a-Pup team touring their colleges, and to extend a warm welcome to their new furry classmates.

We regretfully announce that this is indeed an April Fools’ Day feature – though we hope it will inspire the University to implement similar schemes in the future. Many thanks to the dog owners of St Ives, who allowed me to run around taking pictures of their doggos for this piece.

Turn Down for Oxford: Rap legend speaks to Oxford Guild 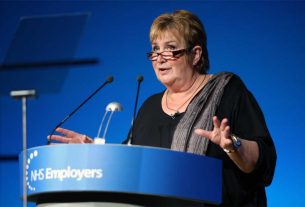