Yesterday, Vogue announced who its next editor will be after Alexandra Shulman’s departure this summer. As such, now seems a better time than ever to commemorate the talent and passion Shulman brought to British Vogue over the years. Alexandra Shulman is not what one might expect of Vogue’s Editor-in-Chief – thank goodness. One might expect to meet an unapproachable, cold, high fashion persona, but that expectation is completely unfounded here.

This is apparent from her legacy of 25 years at Vogue, where she tried to champion the case of real women, herself appearing down-to-earth in contrast to the icy cold picture of Anna Wintour (Editor of the American Vogue). It’s also clear from her new book, Inside Vogue: A Diary Of My 100th Year, which was – as dramatic as it sounds – one of the most moving books I have read in a while. (Granted, I have mostly been reading about genes and fossils of late, but the thought still counts.) Shulman is frank and witty, and her book left me with the sense that she is a force to be reckoned with in the most brilliant way: powerful, decisive, ridiculously capable, but equally real, honest, and fair. Most of all, I know this from last Saturday when I interviewed her in person, after she spoke at the Oxford Literary Festival. There is so much to say, about the book, the talk, and Shulman herself that I can’t fit it all here (see the paper next term!), but here’s the interview.

When I met Shulman, she had come to the end of an enormous book signing. So after I asked if I might interview her, I was wincing in advance – a woman so high powered as Shulman has no need for pesky student interviewers. Though responding that she had already been interviewed by an Oxford student, she sympathised with my journalistic panic to keep pace with the competition, and agreed to a very quick interview. It was clear there was some kind of rush – throughout the interview, an important-seeming organiser paced behind Shulman, shooting me emphatic speed-up hand signals. I greatly admired (and was grateful) that Shulman was taking her time to talk.  This flew in the face of any rumours of her as severe and unsmiling. She had already dispelled the latter image in her talk, pointing out that whilst she appears to look consistently gloomy in the recent BBC documentary on Vogue, she isn’t really. In addition to bad editing, she laughed that the face she was born with simply wasn’t very good at looking happy.

Fashion “has to be a fantasy”. After all, “nobody needs, really needs […] more clothes”

It would be an injustice to fashion fans everywhere not to mention what Shulman was wearing. Note though, Shulman is clear that she decided early in her career she wouldn’t worry about others scrutinising her clothes, or she could not do her job properly. This seems like a brave and refreshing statement from the holder of a position which almost epitomises the fashion industry itself. She wore a pink blazer and pink shirt, each of different shades and materials, black trousers and low heels. Her coat had a rather impressive decorative piece on the back: I didn’t get a good enough look to work out what it was, but my best guess was a large red poppy up the back. It seemed to me that her outfit said, ‘I know fashion, and I know what I’m doing, but also I would like to be sensible about it.’  Shulman is known for being rather ordinary in appearance compared to the fashion industry as a whole, but her coat in particular reminded me that such observations are relative.

So, what do you ask the 25-year Editor of Vogue?  There is increasing debate surrounding the validity of discussing what women wear in the media. Pressures around body image for both the young and the aging are prevalent. These debates form ammunition for the view of many, for whom the world of fashion seems so alien, so odd as to be vaguely amusing (ahem… Dad…). How would Shulman counter the widespread belief that fashion is purely superficial?

Her response is defiant: “How can you say that [fashion is superficial]? Would you say art is superficial? Would you say theatre is superficial?” She goes on to point out that fashion is “your most immediate way of connecting with people around you”. This leads on to the debate about who fashion is for, particularly in terms of Vogue’s contents. Although it is beautiful to look at, much of the content seems simply  unaffordable and unattainable (although Shulman has worked hard to make the magazine less centred on high fashion). So where is the line between fashion for real women and fashion as fantasy? Shulman is clear. To her, fashion “has to be a fantasy”. After all, “nobody needs, really needs […] more clothes” besides “a few jeans and t-shirts”.

But she is certain that fashion as an expression of fantasy is a wonderful thing. In her mind, the act of aspiring to something and forming fantasies, including those one never wishes to actually become reality, is really important. Furthermore, Shulman seems clear that the sense of fantasy portrayed in the magazine is key to the joy of fashion. When asked what she is most proud of in her 25 years at Vogue, she thinks it is probably the magazine appealing to a wider range of people. She includes people interested in a “contemporary lifestyle”, rather than those simply obsessed with fashion, and suggests that things like featuring a wider range of clothes, like high street and vintage, have helped this. It seems like the power and magic of fashion is reaching to a more diverse audience.

“You have to make the decision. Often, people disagree.”

The magazine might have changed, but has the world of fashion itself changed? After all, the ultimate adage of fashion seems to be that everything travels in circles. I cannot think of a single better person to answer that question than someone who’s spent a quarter of a century curating the fashion world. Shulman suggests that the grunge period of the late ’80s and early ’90s seemed like a clear directional shift toward more naturalistic photography, and a different way of thinking about clothes and fashion that carried forward. This is in opposition to those “pendulum swings” she also says is characteristic of so much in fashion.

Talking about change, what of the implications of Brexit for British fashion? Shulman predicts Brexit will “not in any way help British fashion”, a sad statement for those hoping Brexit might provide the chance for our own talent to flourish. Instead, Shulman explains that because the world of fashion is so tied up with international talent and the global market, isolationist policies will only bring negatives. She does suggest a silver lining, though: British fashion companies which are small and trade largely within Britain might have an opportunity to develop and gain from Brexit.

Shulman’s life seems to span two very different spheres in her book – her home life, often cooking for her family and contending with broken boilers, and her high-powered job. Shulman explains that Sam, her son, “is the other half of my life”, providing a “counterpoint” to life at Vogue. Her job wouldn’t have been nearly as enjoyable without her son, she says. She does not ignore the expected logistical difficulties of being head of both a family and a business, but concludes no downsides to the situation – having a child has been “such a wonderful thing” for Shulman. In her book, she mentions having an ability to switch off from work life at home, but I am still surprised by how manageable she seems to have found the balance between both roles. Perhaps Shulman’s terrible fear of flying, meaning she takes only the minimum necessary flights away from home, has also helped to keep her work-life scales balanced.

Shulman works with the biggest figures in the worlds of both fashion and celebrity. She is surrounded by big voices, personalities and opinions. But throughout Inside Vogue: A Diary Of My 100th Year, she never seems to lose her own voice – indeed, it remains frank and discerning throughout the book. For instance, she recalls once messaging a famous individual to say that their last minute pull-out from attending an event was rude.  I ask Shulman how she manages to maintain her own opinions in the sea of powerful figures. She seems perhaps a little surprised, reminding me that if you’re an Editor, that is your actual job. Still, this capacity seems inordinately skillful.

Shulman predicts Brexit will “not in any way help British fashion”

When asked if she finds it hard to make decisions people disagree with, she replied “no”, continuing with a firmness and decisiveness that typifies her words. “You have to make the decision. Often, people disagree.” I am not sure she grasps why I find this so surprising. She does say she finds it “really difficult if it’s making people unhappy” but “if I really feel it’s right, I go for it”.  I can only gawp – I am the kind of person who spends most of the morning deciding what to have for lunch. 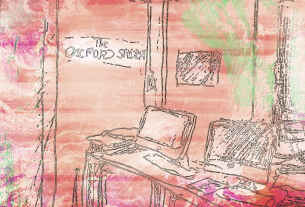