South East MEP Anneliese Dodds has been selected as Labour’s candidate for the Oxford East Constituency for the forthcoming general election.

Last week, the sitting MP Andrew Smith announced that he would be standing down ahead of the snap election after 30 years of service. In a message to local Labour members, Smith, who had served in ministerial roles in the last Labour government, argued that “now time for someone else to take over”  as the area’s MP.

With Labour now selecting Dodds, that call has been answered. Previously, an announcement had been expected over the weekend, but after a succession of candidate announcements nationally the party released their decision to the press ahead of schedule.

In a press release from Labour South East, Dodds expressed her feelings on being selected.

“It is a privilege and an honour to be selected as Labour’s candidate for Oxford East, my home seat and a place I love so much”, she said.

It is a privilege and an honour to be selected as Labour’s candidate for Oxford East, my home seat and a place I love so much

She also praised the work of Andrew Smith, saying that “Andrew Smith has been an outstanding MP for our area, working tirelessly to deliver for people across our community. I want to thank him for his 40 years of dedication to Oxford East as both Cllr and MP”.

“His are big shoes to fill”.

Inheriting a majority of 15,000, it seems set that the former St Hilda’s student will become Oxford East’s next MP. Dodds has been the Labour MEP for the South East since 2014, lives in the constituency, and is a familiar face in the area’s political scene.

In the press release, Dodds said that her main priority is “countering the Tories’ extreme and chaotic approach to Brexit”.

“If elected I would use my contacts across Europe to protect trade and scientific links which are so important to the local economy”, she said.

While the front runner, Dodds’ selection had not been guaranteed. In recent days, 27-year-old college tutor and city councillor Dan Iley-Williamson announced his intention to also seek selection as Labour’s candidate. While Dodds selection still requires official approval by the party’s National Executive Committee, it is now highly unlikely that Iley-Williamson has any hope of being selected. 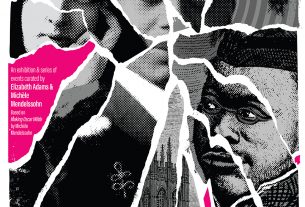