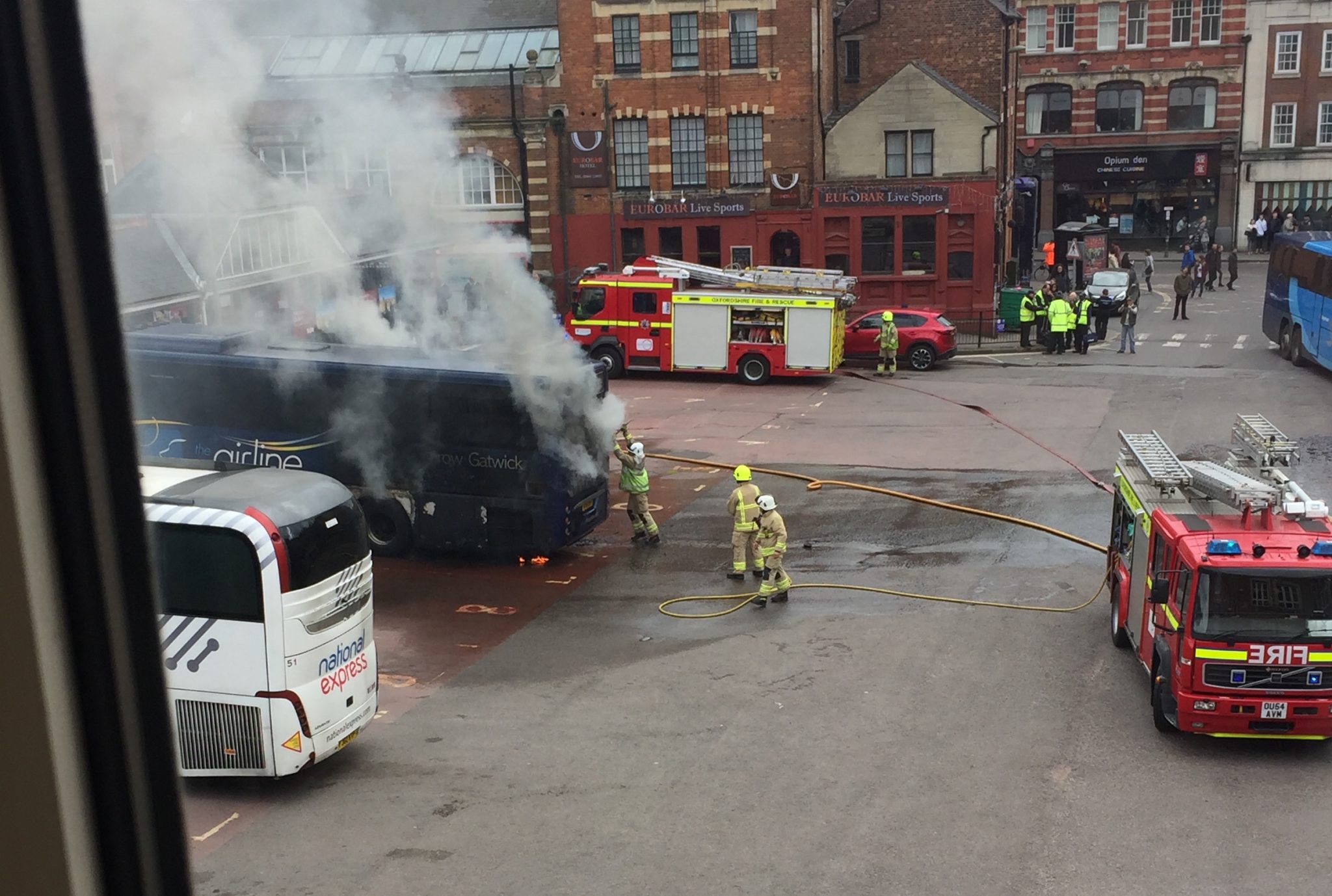 A coach has caught fire in the Gloucester Green Bus Station, shutting down the entirety of the station.

The Airline bus started to smoke from its engine at approximately 4.15pm on Saturday afternoon. Oxfordshire Fire and Rescue were tackling the blaze within minutes.

By 4.40pm the smoking had stopped and the fire seemed to have been put out, with three fire engines called to the scene. Police taped off the bus station to stop pedestrians entering it.

The coach was believed to have been parked when it caught fire. It is unknown if any people were on board.

The smoke set off alarms at the nearby OUSU offices.

Currently the cause of the fire is unknown.