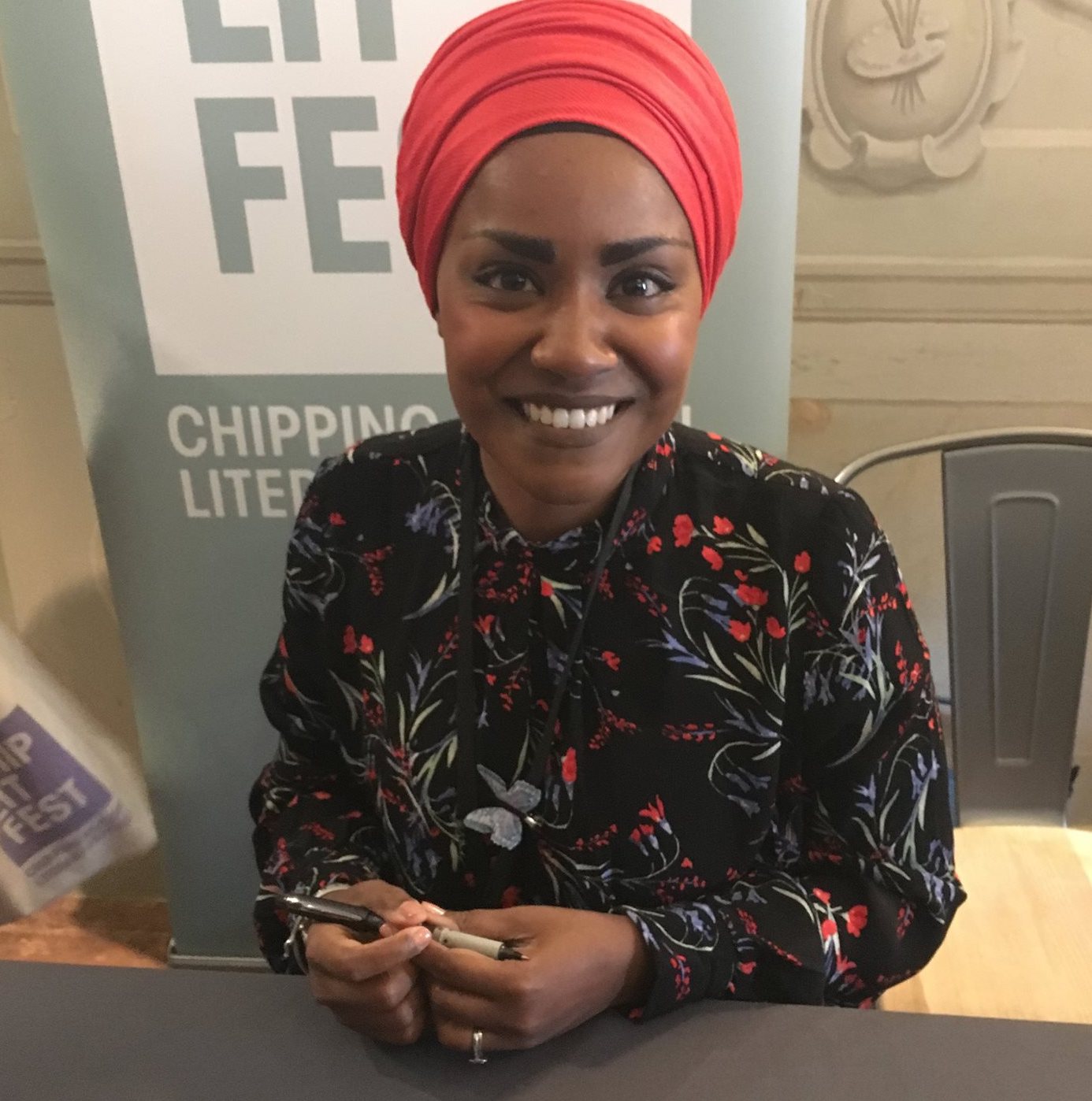 In a talk yesterday at the Chipping Norton Literature festival, Nadiya Hussain spoke about the recent release of her new book, The Secret Life of the Amir Sisters. She won over the audience within seconds with her unfailing smile and down-to-earth, modest sense of humour: “Thanks for coming!” she said. “I never expect anyone to come!”

“She describes her disorder as “a monster”: “I’ve had to live my whole life with it in my face. It still exists, but now it stands behind me.”

Nadiya revealed that she was diagnosed with a panic disorder when she was a teenager, and underwent cognitive behavioural therapy. She describes her disorder as “a monster”: “I’ve had to live my whole life with it in my face. It still exists, but now it stands behind me. Although it taps on my shoulder occasionally, I have taught myself to live with it.” Her advice is to scare oneself: “I learnt to scare myself senseless,” she said, claiming that being scared of doing something is always the best reason to go ahead and do it. It was this, she claims, which pushed her to apply for The Great British Bake Off in 2015.

Nadiya also spoke about her arranged twelve-year marriage, which her father organised for her at her request. “I wouldn’t have it any other way,” she told the audience. “I didn’t have the time to date so I asked my dad to sort it out for me.” When asked by an audience member if she’d do the same for her children if they wished, she said she had neither the time nor the contacts – “When they’re grown up, I want to go on a cruise and drive around America!” she joked, adding: “We have to change with the times, and I welcome that change.”

“Am I into politics? Absolutely not.”

When discussing racism, Nadiya stated, “Am I into politics? Absolutely not.” Her identity as a Muslim woman did not bear any relation to her applying for The Great British Bake Off in 2015: “The political impact was unintentional. The fact that I am a Muslim woman was incidental to my application.” Despite this, and the pressure she described as having experienced as a result of her newfound fame, she describes her success as “a great thing that came out of winning something I didn’t expect to!” She believes her popularity is more a result of a need for representation than diversification, seeing herself as something “refreshing”, someone who people “needed to see”.

In 2016, Nadiya told The Times that she began wearing a hijab at the age of 14 to “cover up bad hair more than anything else,” following a particularly bad haircut. Today she joked that she “has to cover it up” because her grandmother washed it with Fairy Liquid when she was a child. Neither her mother nor her three sisters wore hijab when she was growing up. Her direct sense of humour exudes warmth and exhibits a bold confidence with relation to her Muslim identity.

“I don’t need to balance the scales. I don’t believe negativity should be fought with negativity”

Nadiya previously told Desert Island Discs that racist abuse is part of her everyday life, saying that she has come to expect being “shoved, pushed or verbally abused. That’s become a part of my life now.”  In her talk at the festival, Nadiya described the presence of racism in England as “a grey cloud”. Although she feels that “life does stop a little bit” when faced with opposition, she doesn’t recognise any need to engage or respond. “I don’t need to balance the scales. I don’t believe negativity should be fought with negativity. I just smile, and get on with my day.”

Opening the questions was her daughter in the stalls, with the compelling query: “What’s for tea, Mum?” The talk ended with resounding applause, the audience thoroughly warmed through with her overflowing passion for her family, her career, and her culture. It’s safe to say that, despite all she has achieved so far, Nadiya has a lot more to give in the future.