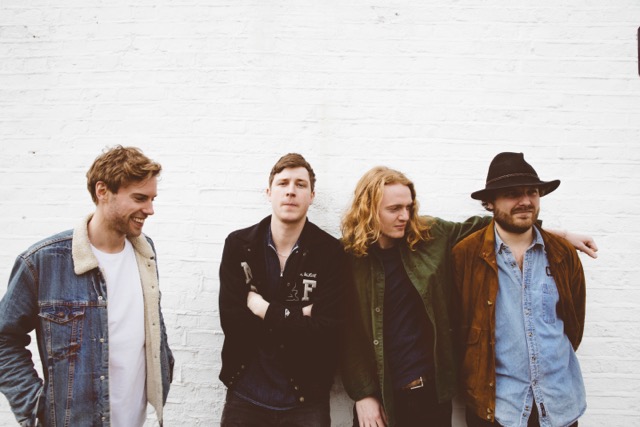 The Reign of the Beanie: Palace comes to The Bullingdon

You might not have realised it, but right now, you’re living through an era that in future times will be called The Reign of the Beanie. Experts are struggling to pinpoint the precise moment when it became the official headwear of the indie-kid, but suspect that it’s the nineties screwing with us again.

Last Friday night at The Bullingdon, the bombardment by beanie was swift, immediate, and unyielding. Oxford-local Willie J Healey set the tone, first warming up the crowd with a tight, dynamic set of blues rock, which included dramatically casting off said beanie in a Mick Hucknall-esque move, shaking loose his (simply) red curls. Amid the cheers of a newly invigorated crowd, out then came the similarly beanie-clad headliners, London alt-blues four-piece Palace, a young band fast on the rise after the success of their stormy debut album ‘So Long Forever’.

If this sounds a little cynical so far, then it might come as a surprise to you to learn that Friday’s show goes down as a recent favourite of mine. Now, Palace’s show wasn’t a riotous, wild affair reminiscent of the fields of Glastonbury. Instead, what the preference for the modest beanie indicated was a different type of performer: rather than the loudmouthed rocker, it was the laidback, understated ‘everyman’ that stole the show last Friday. But don’t let this reserve fool you; Palace created a mesmerising atmosphere of bluesy charm, and proved their masterful ability to pack an emotional punch.

Playing to a packed-out Bullingdon, frontman Leo Wyndham recalled their last performance in Oxford, two years ago, to a crowd of ‘about twenty people’. A moment of sober reflection, perhaps, for a band that has risen so quickly since their first EP ‘Lost In The Night’ first caught attention in 2014. The comment was characteristic of their modesty as performers – Instead of deluging their audience with between-song chat, the band seemed to lose themselves in the slow-burning introspective magic of their own songs.

Also characteristic of the show was ‘the sway’, a rhythmic swing that rippled from singer Leo, throughout the crowd – Drummer Matt said in a recent interview: ‘People are open-mouthed and gazing. Some bands get crowdsurfers and stage invasions, we just get open mouths.’ This rang particularly true during the performance of stand-out track ‘Live Well’: ‘And I know it’s fine to end our time / Be safe, be true, and I’ll think of you / Live well, you reap what you sow / The future is bright if we can ebb with the flow’. The lyrics themselves give a sense of the low-key confidence and maturity that belies Palace’s relative youth, and I found myself surprised that the band I was watching had only one album to their name.

They effortlessly evoked those whimsical, subtle soundscapes that are so strongly reminiscent of Foals’ 2010 album ‘Total Life Forever’, and every element seemed perfectly calibrated to the performance. Palace created the soaring harmonies of songs like ‘Have Faith’ without cheesiness, and the eclectic drumming on ‘Break The Silence’ was lively, but flawlessly balanced to complement and not overwhelm the performance. Palace knew what they were doing, and it showed.