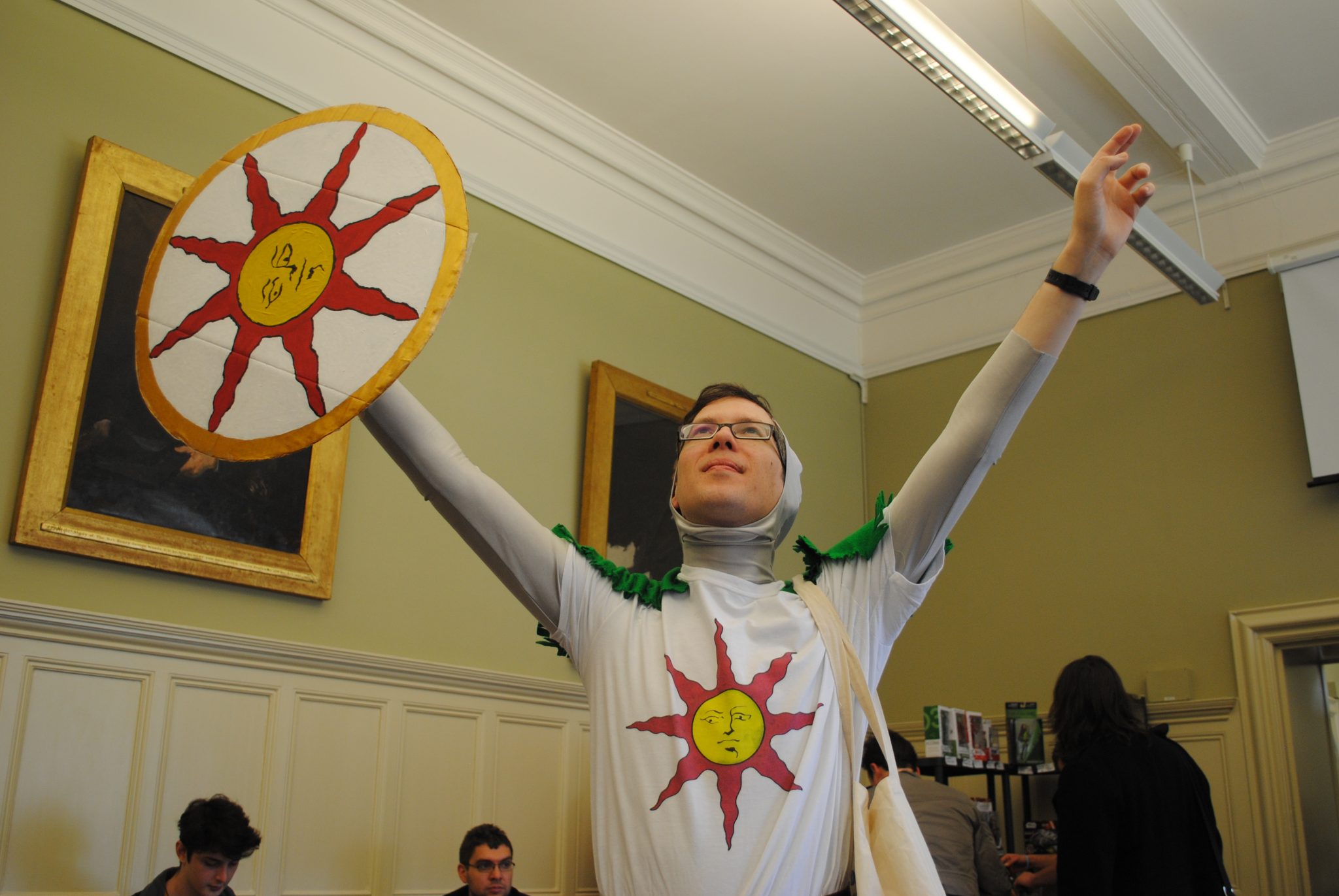 The Haute Couture Spring 2017 fashion show in Paris debuted the collections of high-end fashion brands such as Valentino, Givenchy, Dior and Chanel; OxCon 2017, the Oxford Comic-Con, took place last weekend showcasing many fantasy-inspired costumes. When I say ‘costumes’, of course I mean those which are often anime- or sci-fi-inspired such as dressing up as Princess Leia or as Thor. Although it may seem that these two are worlds apart, there are clear similarities between the one which is seen as the epitome of fashion, and the other, often stereotypically labelled as slightly peculiar.

The term “Haute Couture” comes from the French, literally translated to “high sewing”: each piece is custom made and unique, taking 100-800 hours to complete and a collection is debuted twice a year. Similarly, costumes worn at fan conventions such as Comic-Con are often also custom made – many people go all out, spending hundreds or even thousands on their costume, and many handmake the costumes themselves. Couture has often become synonymous with handmade garments, and the fact that costumes themselves are often handmade shows the parallels between the two worlds – the amount of work that goes into both the high-end pieces and the costumes are astonishing.

There are only 30 designers belonging to the Chambre Syndicale de la Couture (a member of which a label must be to be able to call itself a couture house) with the likes of Prada and Gucci not even making the list. It has been estimated that only about 2000-4000 people are Haute Couture clients in the world – a very small market. In contrast, the fan-base of conventions like Comic-Con are in the hundred-thousands. In 2010, the San Diego Comic-Con, arguably the biggest convention in the world, attracted more than 130,000 people alone. That’s a lot of unique costumes!

Haute Couture, and the comic-book, anime or film franchise inspirations of costumes often make it seem like the impossible is achievable: that you can be a supermodel, or that you can be Iron Man.

Yet, it is interesting to note that both types of fashion have a purpose – since Couture is so niche, designers rely on their collections as a marketing technique to help sell other products like perfumes and make-up; the purpose of a Comic-Con costume is to showcase one’s love for a particular film, comic book etc., or their talent for costume-making, or simply because it reminds them of their youthful days playing dress-up (and of course Comic-Con eagerly selling merchandise to fans).

It is also important to note that either way, a fantasy aspect is echoed. Alexandra Shulman, the previous editor-in-chief of Vogue, mentioned in an interview with The Oxford Student (published in last week’s issue) that “fashion has to be a fantasy.” Indeed, the unattainable prices of Haute Couture, and the comic-book, anime or film franchise inspirations of costumes often make it seem like the impossible is achievable: that you can be a supermodel, or that you can be Iron Man. Perhaps this is why Haute Couture never dies and why Comic-Con conventions are growing increasingly popular.

Google Viktor & Rolf’s 2017 Couture fashion show and you’ll see exactly which similarities I speak of – the over-use of tulle and the vivid colours demonstrate exactly the fantasy aspect present in a costume, be it a princess or a superhero. You wouldn’t wear these walking down the High Street, of course, but the fact that you could creates the appeal. Evidently, the obsession present in convention attendees is a lot higher than in those who attend fashion shows. Call them nerds or geeks or whatever, but as Neil deGrasse Tyson said at the San Diego Comic-Con in 2013, “If Comic-Con people ruled the world, the future would be invented daily and warfare would be nothing more than bar fights with toy lightsabers.” I think this is a future we would all welcome and maybe fantasy will one day be reality. But until then, the palpable similarities between high-end fashion and inspired costumes should not be overlooked and costumes should certainly not be treated like a joke.