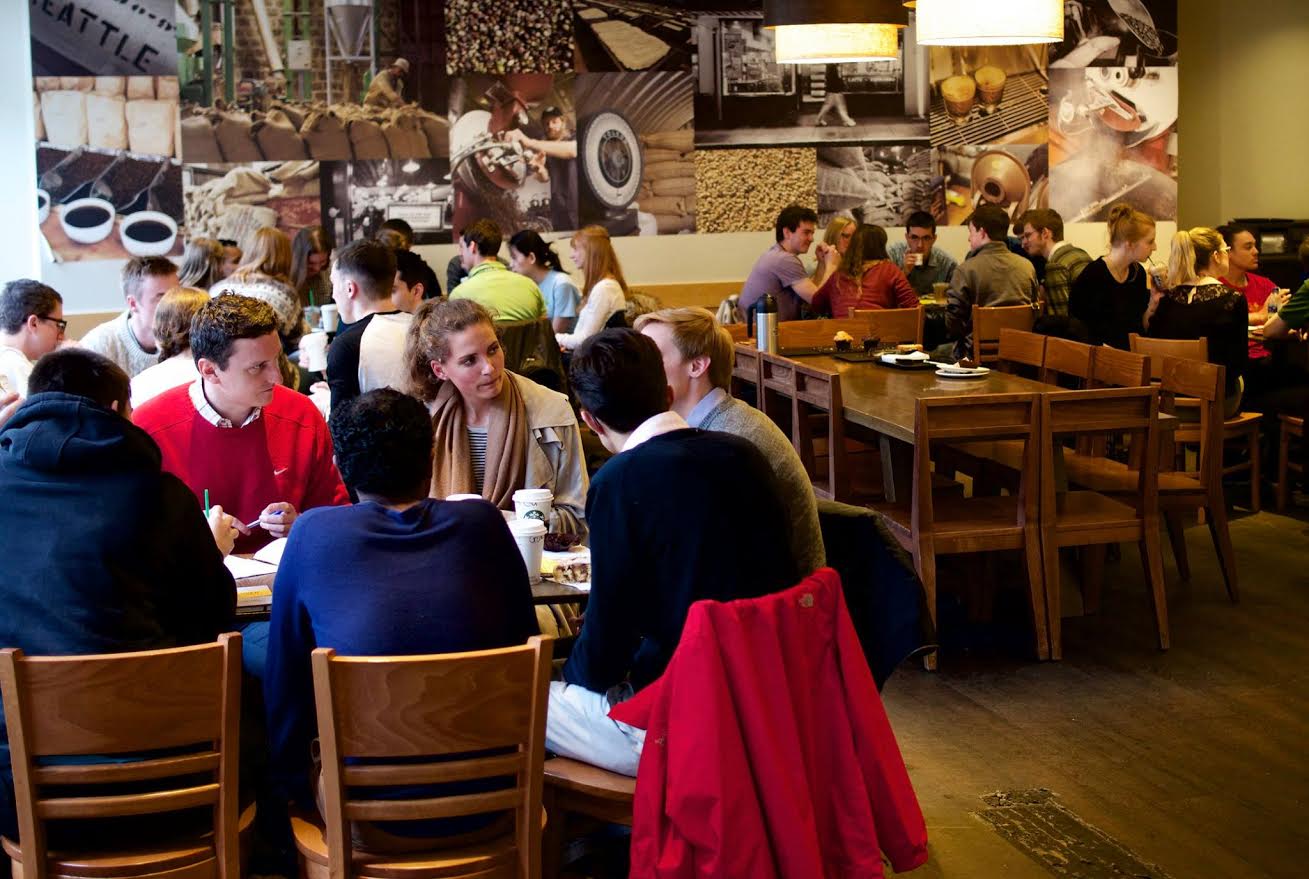 Exploring Christianity on Cornmarket : an agnostic insight into the Christian Union

What is ‘The Search’?

‘The Search’ is an event hosted by the Oxford Christian Union every Monday during term time. From 19:30 to 21:00, the top floor of the Starbucks on Cornmarket Street is rented out by the Christian Union with the aim of hosting a variety of religiously relevant dialectics. A small passage of the Bible is read by a Christian speaker in such a way as to spark a multitude of discussions. Such passages are accompanied by a brief speech focusing on certain reasons for or against doubting the existence of God; it is not taken for granted that the audience has unshakable belief in such matters. This is because people of all beliefs are welcome to this event, which is without fail accompanied by the comforts of free coffee and cake. Physical comforts aside, the atmosphere and sense of community within this temporal, physical, and (dare I say it) spiritual space is unparalleled by other such gatherings of students.

The beauty of this gathering lies in the total lack of unanimity on the matter at hand amongst even small groups of people. For example, a discussion on miracles may be the day’s focus, but this will not lead just to people reeling off evidence for or against their belief in such events. Someone will question what miracles even are, another will disagree with the proponent of one view, another will totally change the course of conversation by pointing out a controversial implication, and another will stubbornly take up the role of Devil’s advocate. Conclusions are not necessarily definitive, but it is the process of disagreement, defending one’s opinion, and being triggered by another which facilitates both introspective and communal growth. The evangelical tint of the Christian Union definitely comes through in “The Search”, but it manifests itself as a starting point of conversation rather than as an oppressive agenda.

Fascinated by what events such as ‘The Search’ actually do for people, I asked a regular attendant, David Smith, a couple of questions.

A: So many reasons. For me one of the best opportunities university presents you with is the ability to amalgamate the opinions and experiences of numerous different people into your own personal worldview. [In this sense] you never stop learning, and discussion forums in particular are an easy way [to] pursue this form [of] personal development. Why ‘The Search’? Because I think of all the things to form an opinion on and learn about, the existence of God and the implications thereof are undoubtedly amongst the most important.

Q: What role does the Christian Union play in your life at University?

A: When you arrive at university for the first time you’re generally quite insecure…you’re looking for a place or some people around whom you can feel comfortable and at home. I guess I was quite lucky because for me, my college Christian Union (CU) was and still is that safe place with really great people that are like family. CU within the university, especially Oxford Inter-Collegiate Christian Union (OICCU), does so much more than that of course, but I think for me that’s the biggest thing – a place where you can meet great people, where you know you’re loved, where you feel at home.

The Importance of Gnostics for Agnostics

For me, as an agnostic studying Philosophy and Theology, going to ‘The Search’ is at least as educational as a tutorial and more fulfilling. It dispels a huge amount of negative contemporary connotations of Christianity, from blind faith to discrimination, by tackling such subjects both directly and indirectly. One can ask direct questions about why, how, and what it means to believe in God, and the ensuing conversation will show that those who do believe do not do so unreflectively. In a world where religion’s manifestations can be seen as extreme or contrary to “enlightened” scientific rationality, going to ‘The Search’ highlights the quintessential positivity at the root of religion. People at this event listen to each other with genuine interest, they openly appreciate perspectives they have not considered, and they carefully explain the meaning they find in their own life view. It is refreshing to talk to people who are very aware of difficulties in holding certain beliefs, and yet manage to hold them in a poignant and individually unique way. It is heart-warming to be in an environment where you can put forward the reasons for which you live your life, listen to those of others, and walk away with a smile.