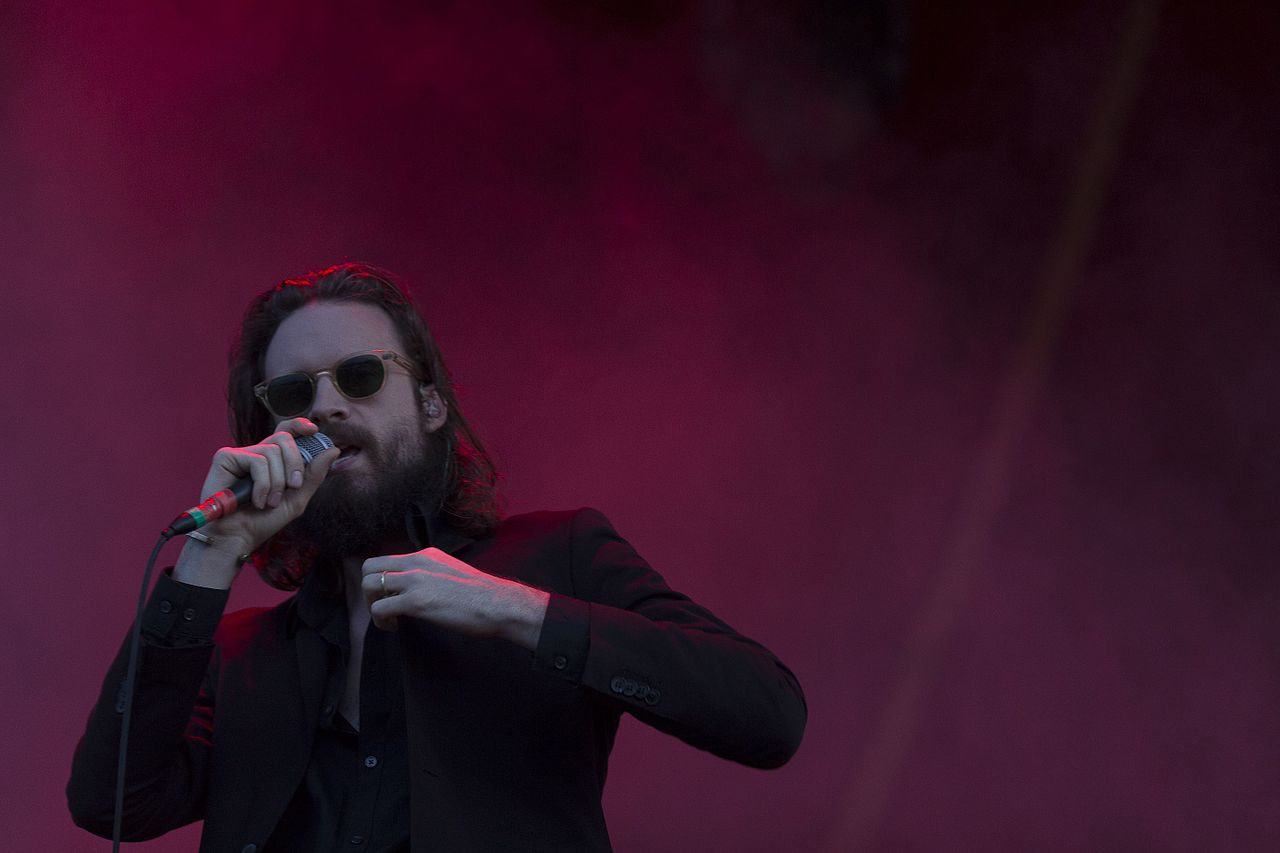 In the music video for Pure Comedy’s lead single, ‘Total Entertainment Forever’, Father John Misty trots out what seems like a checklist of the beginner’s guide to post-irony: George Washington stuck in a virtual reality simulation, Ronald MacDonald ripping open Josh’s chest as Ridley Scott’s Alien, Macaulay Culkin from Home Alone as Kurt Cobain playing Christ on the cross, and even a crucified Bill Clinton joining in on saxophone as a nod both to Monty Python’s iconic Always look on the bright side of life and and the death of the neo-liberal dream he embodies. The sheer breadth and depth of the invocations of trash and not so trash pop-culture touchstones smacks of so much post-modernist schtick that it’s often hard to remember that Father John Misty is being deadly serious.

“Bedding Taylor Swift every night inside the oculus rift” he rhapsodises. Why Taylor Swift, asks one interviewer? “No one else rhymes with Oculus Rift” he deadpans. If lying through his teeth ever came naturally to anyone, it seems that Father John Misty’s removed his dentures: the Kanye piss-take is as obvious as its pointed, achieving the singular feat of making the joke and the denial thereof hilarious. Elsewhere, he takes aim at evangelicals both at home and abroad (“their sacred texts / written by woman-hating epileptics”), “the homophobes, hipsters and 1%”, and even at himself, most pointedly in the 13 minute chorus-less ‘Leaving LA’: “Oh great, just what we all need / Another white guy in 2017 / Who takes himself so goddamn seriously.” This is no mere self-referential treatise on Derridan intertextuality: for the first time in his life, it seems like Father John Misty gives a damn.

Where the album’s opening track closes with “I hate to say it / but each other’s all we got”, the album finishes on the repeating mantra of “There’s nothing to fear”, as if Josh Tillman is trying to convince himself rather than his audience. Here, the references dwindle to a trickle, and the one reference the closing track trots out, a mention that the “piano player’s playing [Talking Heads’] ‘This Must Be The Place’”, evokes David Byrne’s wide eyed wonder and disbelief sincerely rather than twisting the title out of context. A Woody Guthrie he ain’t; nonetheless, his newfound concern for the world is affecting, and oftentimes, as with the self-explanatory ‘Two Wildly Different Perspectives’, bang on the mark.

The uncountable layers of bulletproof irony shielding a sincere cause serve as an ironclad suit of armour against his detractors, ensuring that the opprobrium and vitriol he attracts without fail simply feed into the mythology of this post-modern self-styled Dave Foster Wallace reborn as sleazy 70s folk rocker. Whether you enjoy Pure Comedy or not depends on your sympathy for his ideas and critiques; whether you consider it his masterpiece depends on your opinion of the sparse middle section, where the layers of production and loveliness which adorned ‘I Love You Honeybear’ are conspicuously absent.

Personally, I can’t help but think that this absence reveals his voice and lyrics to be in their prime; his political edge, honed from previous efforts such as Bored in the USA sharper than ever on ‘Things That It Would Have Been Helpful To Know Before The Revolution’, where the visionaries supposed to lead us out of this capitalist hell-hole are merely “developing some products…” If there is one criticism that holds weight once you accept the philosophical standpoint, it is that the worldview of self-sustaining and irredeemable tragedy is so perfectly enclosed that no escape from it is possible; but if that doesn’t tap into the current poltergeistic zeitgeist, I don’t know what does.

Granted, he’s not as funny as he thinks he is. Then again, I’ve never met anyone who is, so on that count I’ll give Father John Misty the benefit of the doubt.