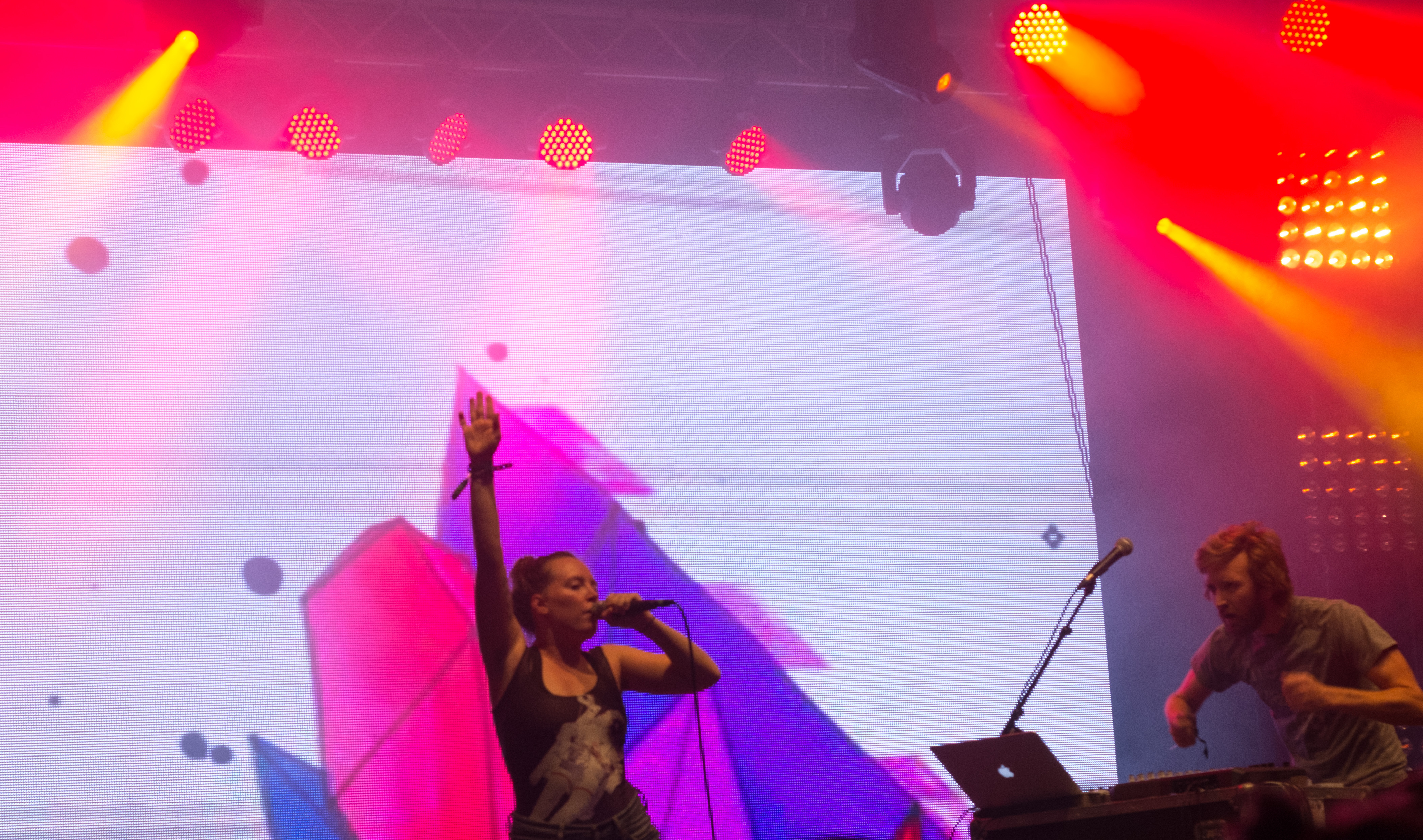 Sylvan Esso’s newest album “What Now,” released 28 April, continues the relaxed pop vibes of their 2014 self-titled debut album. The music undeniably and knowingly fits into the manufactured pop category but seems to resist this generic placement. Most of the tracks feature peppy beats so rhythmic that it is easy to be distracted from the lyrics. The lyrics themselves tend toward upbeat celebrations of music, love and people in general.

Not all of their new tracks follow this pattern, though. Sylvan Esso has refreshingly resisted the common tendency for pop-synth bands to produce a notably similar sound across the board with a few notable songs with music and lyrics that do not fit a typical peppy mold. The melancholy, bitter-sweet lyrics behind the catchy beat of “Die Young” tell an unconventional love story. Vocalist Amelia Meath sings of a lover who has changed her plans in could-be destructive ways that she yet does not at all mind. It’s happy love but not the clean-cut and tidy kind typical of the radio’s top 40.

“Radio” and “Kick Jump Twist” have the kind of poppy beat that defines most of the album, but their messages are very aware of the implications of these trendy catchy tunes. The lyrics reveal the difficulty the singer went through in order to garner this musical identity. She discusses being a woman in the music world and how the band had to make efforts not pertaining to the actual music in search of a chance to be heard. The songs are ultimately hopeful and empowering, though. The lyrics emphasize the frivolity of the politics and popularity contests of the mainstream music industry and the harm in living only to seek others’ approval. And in fact many of the album’s songs, like “Sound” and “The Glow,” celebrate music for music’s sake and the positively sublime power it can have when people just listen to it. This fits in well with a trend in alternative and indie genres of artists’ revelations that they don’t care about the critics or the industry—or in extreme cases like Father John Misty’s, even the fans—but only the music.

The album’s most unexpected track is definitely “Slack Jaw.” In both music and lyrics this song stands out quite starkly from the others. The slow, smooth sound matches Meath’s confessional vocals. The song is about a persisting sadness despite finally garnering the success she worked so hard and changed so much to gain. Her high and sweet voice tells listeners, “I got all the parts I wished for / I got everything I need / Sometimes I’m above water / but mostly I’m at sea.” This admission that fame is not the definitive path to happiness, though in a song starkly different from the rest of the album, fits in with the theme of music made and listened to for its own sake rather than to prove a social point.

Sylvan Esso’s “What Now” is an overall upbeat album with a subtle anti-musical establishment message. While the peppy beats can grow a bit repetitive, these tracks are a safe choice for anyone who wants to dance to rhythms with no attention to lyrics or message as well as someone looking for just the right amount of angst.