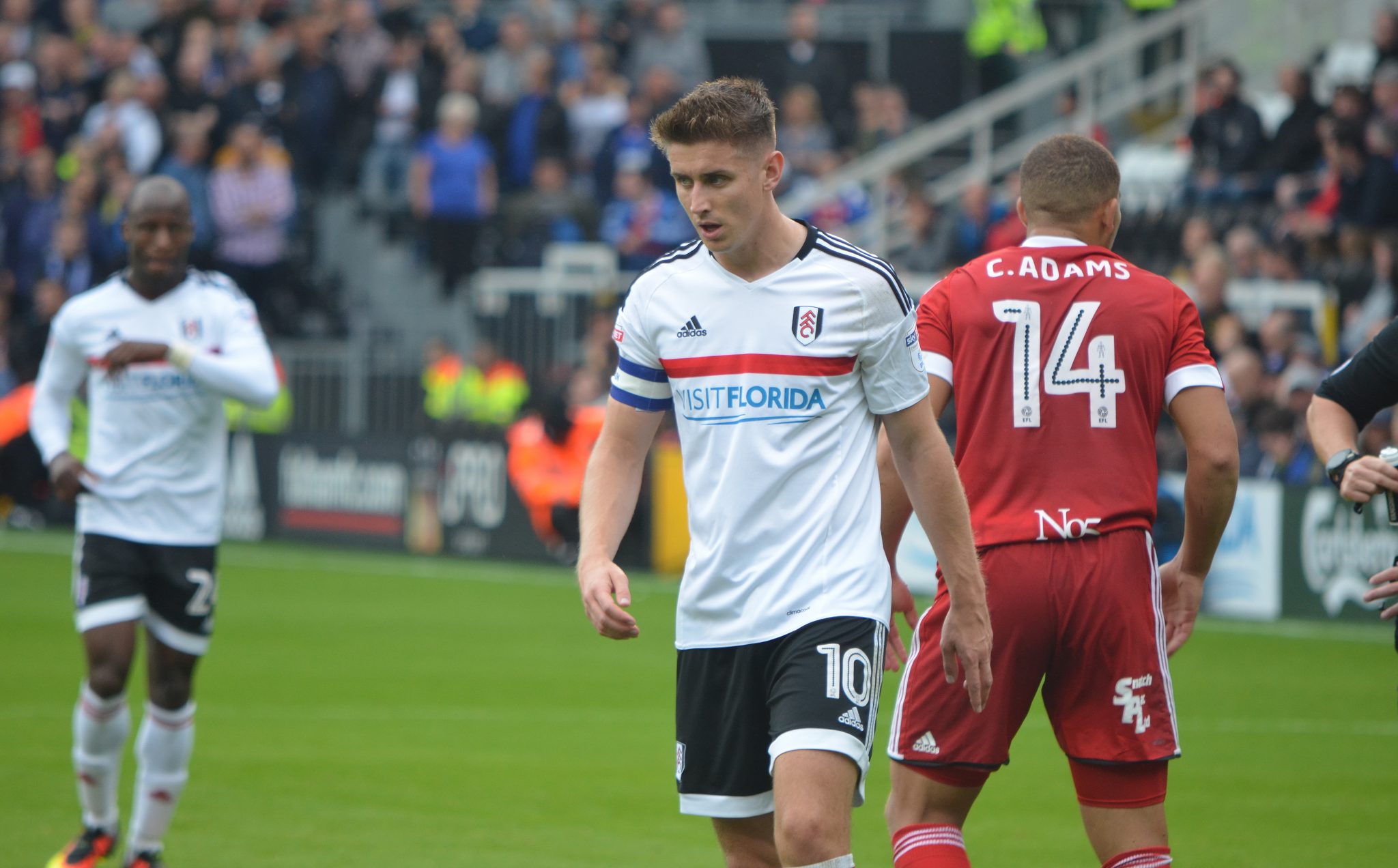 There is a giant Fulham crest proudly emblazoned on the breast of the Johnny Haynes Stand, a grade II* listed building, at Craven Cottage. It is a stand of primitive beauty, bearing semblance to the thatched houses of Rural Britain, and yet it is surrounded by three further stands of modern architecture, clad with sponsors and luminous advertising hoardings. It is the centrepiece of, what is in comparison, an alien landscape. The sui generis nature of Craven Cottage is an oddity in football – a rare hybrid of nostalgic and new-fangled design rolled under one roof – but it creates an atmosphere like no other, and it is sorely missed in the Premier League.

Fulham FC have always been a club of tradition, and of cult-heroes. 17 years ago, in the 2000-01 season, the club were promoted to the Premier League for the first time with an impressive Championship points haul of 101. It was the season that first endeared Louis Saha to the Cottage faithful, and along the Premier League journey that would follow, there were to be many more names bellowed from the terraces. Whether the grizzly American talisman Brian McBride, the French dynamo Steed Malbranque, or the unorthodox-magician Luís Boa Morte, there was always an embodiment of the Fulham spirit on match days. Not the archetypal stars of down the road, but players with emotional character in abundance.

That spirit is best encapsulated in Roy Hodgson’s stint at the helm; an unglamorous, yet revered journey from the dark depths of relegation peril in 2008 to the Final of a European showpiece in 2010, via the club’s highest ever League finish. Hodgson inherited a slapdash creation; a melting pot of unlikely heroes; a squad now devoid of so many of its defining characters, and revitalised it. They did not achieve such feats through mind-games, a ruthless nature, or a plethora of tricks bred from the fiery pits of gamesmanship. In fact, the opposite, as the UEFA Fair Play award is testament to. They played good football, too, and it almost always came at the Cottage– a stadium so fitting for the club it serves. Fulham FC, like the Johnny Haynes Stand of their home, is rooted in tradition. The rest of Craven Cottage, with its chest puffed out and its head held always slightly higher, gleaming into the distance down the Thames River, serves as a concrete reminder that the club must evolve and move with the times, too. In Hodgson’s era, the two were married perfectly.

Not the archetypal stars of down the road, but players with emotional character in abundance

Those European nights – that 4-1 victory over Juventus after David Trezeguet’s 2nd minute opener – are a distant memory now, though. There have been bad times at the Cottage, and they have all come at once, palpable still. In their last few seasons in the Premier League, Fulham devolved into what can only be described as a sprawled mess of a club. Right from the very top, down to the field of play. There was a sense of impotency among fans, as they watched their rich heritage stained by an indelible ink. To many, the evisceration of the internal situation was the commissioning of a 7ft Michael Jackson statue outside Craven Cottage, but it could also quite conceivably have been the 12 million pound signing of Kostas Mitroglou in January 2013, and the ensuing farce as manager Felix Magath insisted the forward was not yet ready to handle the intensity of the Premier League.

Fulham were relegated that season – the first under the new ownership of Shahid Khan. It was supposed to be an exciting new chapter for the club, but in its infancy, it brought uncertainty and tension. Magath, the third manager in as many months, summed up the now-apparent detachment between the vision of the club, and its fans. His dictatorial regimes were ineffectual, and a complete overhaul of personnel that summer saw the few shining lights remaining leave – most in unceremonious circumstances, indicative of a loss of faith. By September, Magath had used 29 players in the Championship, and Fulham were rooted to the bottom of the table. They threatened to go straight through the trapdoor and into League 1. There was not so much a lack of points as identity.

In Slaviša Jokanović, however, Fulham have found a manager who understands the tradition of the club – in part having played for Chelsea for two seasons as a player – and who is hungry to end the depression it has endured. After losing Ross McCormack, Emerson Hyndman, Patrick Roberts and Moussa Dembélé, this year was expected to be tough. But Jokanović has reinvigorated the bond between his team and the fans. It has been achieved by affording his team an attacking freedom; throwing caution to the wind with mercurial talents such as Floyd Ayité. No team has scored more than Fulham’s 85, and no team has played fewer long balls.

In their last few seasons in the Premier League, Fulham devolved into what can only be described as a sprawled mess of a club

In August, Fulham had 9 first-team players. In the first game of the season, Fulham defeated Champions Newcastle at Craven Cottage; the encounter a real Premier League throwback. It no doubt sharpened Jokanović’s focus – deprived of the experience after being promoted with Watford in 2015. Despite their goals, and their defined aesthetic style of play, Fulham above all have continually defied the odds this season, and there is every reason to believe that the Fulham spirit is on its way back. Top scorer Chris Martin’s strike in January in order to force a return to Derby was a bad moment, but Jokanović’s handling of the situation, and Martin’s subsequent return to the team for the run in if anything reinforces the point. Eight times they have come from behind to secure victory, and in Saturday’s Play-Off first leg at home to Reading, they were relentless in their search for an equaliser. 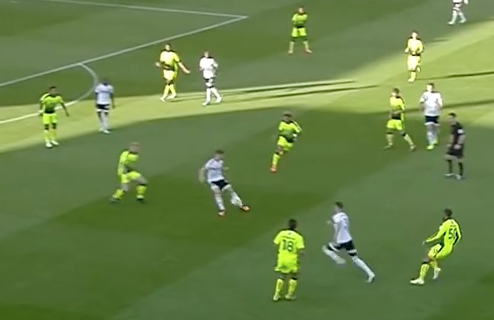 It is fitting that Tom Cairney both made and scored that equaliser, the potentially season-defining goal. Cairney is Fulham’s white knight. On Saturday, Reading had no man in the opposition half. When Scott Malone provided the impetus with a marauding run from the back, Cairney engineered himself a couple of yards of space with his back to goal. With the ball fizzed in, Cairney simply took one look over each shoulder, and then used his left-foot like a wedge in the sands of Carnoustie to float the ball into the the left by-line. The ball took every single member of Reading’s front six out of the game. When Ali Al-Habsi then made a mess of Malone’s resulting driven strike, Cairney had surged into the box, and was there to head home. Just thirty minutes earlier, he had come inches away from breaking the deadlock with a fierce left-footed drive from 25 yards. A highlight reel of Tom Cairney’s season would scarcely demonstrate the same skill twice. Time and time again this season, he has displayed the whole repertoire, perforating holes in previously untroubled back lines, and pushing Fulham ever-nearer to the summit.

Fulham, Sloviša Jokanović, and Tom Cairney, have all been away from the Premier League too long. Allied together, they are striving to end the wait.