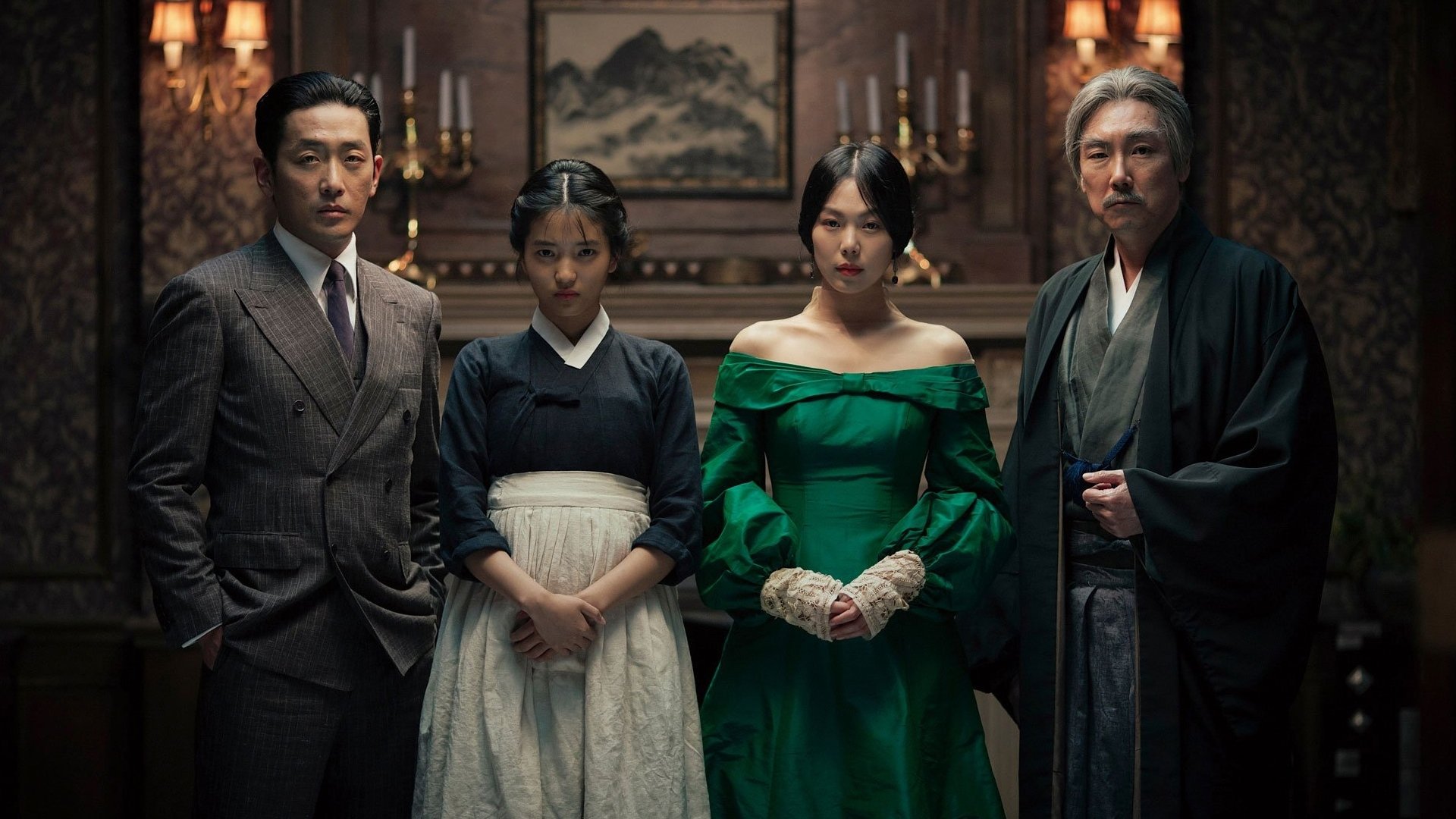 In his adaptation of Sarah Water’s 2002 novel Fingersmith, Park Chang-Wook has certainly not forgotten the symbolism of tactility. The Handmaiden’s release poster shows four people, two women and two men, linked by hands: either placed possessively or – in the case of the film’s two female protagonists, and love interest – entwined affectionately together. This film is, in fact, not merely an adaptation. It doesn’t even seem relevant to use the phrase ‘loosely based’. What Park has created is a heightening: an epic which lifts all the pertinent motifs, both explicit and latent, from Water’s novel and delivers a message of female empowerment far more relevant than anything else currently being reviewed.

The Handmaiden is explicitly about power. Park Chang-Wook transplants Water’s story set in Victorian England to 20th century Korea under Japanese colonial rule: a cultural climate even more fertile for discussions of class and gender politics. Sook-hee, ward of a notorious con-artist, partners up with a forger posing as a Count. He plans to seduce the young heiress, Lady Hideko, that Sook-hee will be serving and admit her to a lunatic asylum once they are married. The two women fall in love in an environment of lavish captivity, and the film plays out their struggles with deception and damaging male sexually in order to be together. There are more than two very major and very shocking twists which wrench the viewer to the edge of their seat. The photographic aesthetic, well represented by floating cherry blossoms and still dark water, is one both beautifully calm and disturbingly so. What lies below the surface is utterly perverse and deeply, deeply troubling.

The tension which the flawless actors and Park create is not merely simmering and sexual, but also horrifying and political.

Unfortunately, the gay female romance which forms the backbone of this film has enabled reviewers to label is lascivious, exploitative of its subject and even, in the case of The Telegraph, a “male wet-dream”. The male reviewer refers to main sex scene as “a prolonged, gaspingly committed affair”. “You may have to look this terminology up,” he comforts the reader, who he presumes is as embarrassingly ignorant as he is when it comes to lesbian sex, “but it could only accurately be described as ‘the scissoring scene’”. Even The Guardian’s review, which is comfortably aware of how it liberates non-male-centric female sexuality, calls the film a “lurid lesbian potboiler”.  Just to make sure they grab the reader’s attention.

At 145 minutes long, the film, not to be confused with Atwood’s dystopian Handmaid’s Tale, which had recently been turned into an HBO series, remains successfully and constantly compelling: and not only for its eroticism. The viewer cares for the Sook-hee and Hideko. We want them to end up together – and safely together – because they are the only characters who share genuine warmth and love. It is not a “soft-porn” film made for men. Emphatically to the contrary, it is a film about the repugnance of male sexual dominance, and the deeply power-driven relationship between men and pornography. Towards the end the Count and Hideko’s black-tongued, obsessive uncle die together in a sea of mercury smoke and self-congratulatory sexual perversion. In the final scene Sook-hee and Hideko use an object cited in repressive pornography to pleasure each other. Park has radically changed key aspects of Water’s plot to stress female agency and independence, and their ability to play the men, comfortable in their positions of patriarchal power-wielding, for fools.

The intimacy in this film is not “lurid”. And it is certainly not constructed for the male gaze. What it is for is the liberated gaze: one which sees it not as lesbian sex (*excited eye-glimmer*), but as sex. The tension which the flawless actors and Park create is not merely simmering and sexual, but also horrifying and political. The beauty of the film is the beauty of terror, and the power that the two protagonists find through touch is more than emotionally affecting. It is important.