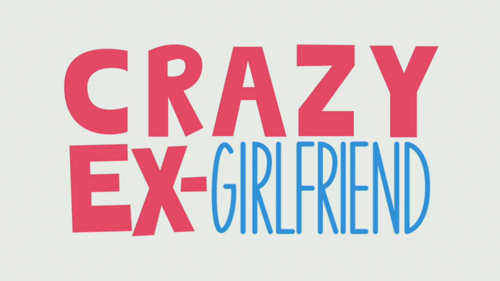 At first glance, Crazy Ex-Girlfriend looks like just another standard rom-com. A successful, Harvard-and-Yale-educated woman named Rebecca runs into Josh Chan, her summer-camp sweetheart, in the streets of New York City. In an instant Rebecca realizes she’s miserable, turns down a promotion at her high-caliber law firm, and follows Josh cross-country to California in a big Disney-esque dance number. That’s right — it’s a musical comedy. With such a stereotypical and predictable setup, the showrunners tirelessly, hilariously alter the familiar formula. Rebecca is extremely intelligent, yet despite her capacity for rationality, she recklessly chases love without pausing to think about the consequences. As a result, Crazy Ex-Girlfriend is an outstanding, quirky show that both embraces and rejects its rom-com roots.

There are tons of awesome, lovable characters (both major and minor), but the actors with musical theatre backgrounds give the show a huge boost. Donna Lynne Champlin, whose vocal range is seriously powerful, plays Rebecca’s new best friend and oftentimes pseudo-mother, a dynamic that is more touching than any of the romantic relationships by far. The other standout is Santino Fontana, intensely beloved for his smooth, dreamy voice and general charm in a role that is not particularly charming. Fittingly enough, he actually was Prince Charming in the broadway version of “Cinderella” and he voiced Prince Hans in Disney’s Frozen. Fontana is Greg Serrano, Josh’s high school friend and Rebecca’s second love interest. Within the first few episodes, it’s clear that Greg is one of the most complex characters in the bunch, and he only gets more interesting as the show goes on.

The eponymous crazy ex herself is the insanely talented Rachel Bloom. In addition to playing Rebecca Bunch (winning a Golden Globe for her performance), Rachel Bloom actually co-created the show with Aline Brosh McKenna. Before starting Crazy Ex-Girlfriend, Bloom gained online attention with her viral music video, “Fuck Me Ray Bradbury”: that title alone provides a perfect example of what her work is like. Bloom’s combination of intellect, comedic brilliance, and willingness to go where few others will dare is fully infused into every element of Crazy Ex-Girlfriend, especially the original musical numbers. The show is clearly Bloom’s passion project and brain-child, and she brings an unbelievable amount of energy, humor, and also vulnerability to her role.

Crazy Ex-Girlfriend constantly resists conventions, produces zany and ingenious pieces of musical comedy, and surprises the audience within the confines of a very predictable genre

For fans of theatre, the two to three musical numbers per episode are more than welcome. But even those who are wary of or even hostile toward musicals might find that they enjoy Crazy Ex-Girlfriend more than they expected. The music is cheeky, clever, absurd, and hilarious. It’s also extremely wide-ranging: there’s rap, Bollywood, country, jazz. There are songs inspired by Fred Astaire and Ginger Rogers, Beyoncé’s “Lemonade,” The Spice Girls. And though the songs are very exaggerated, like the rest of the show, they’re surprisingly relatable. Watch “The Sexy Getting Ready Song (feat. Snoop Dogg)” and/or “Feelin’ Kind of Naughty” for a great taster of what Crazy Ex-Girlfriend is all about.

One of the most remarkable parts of the show is the extremely diverse cast, but the fact that Josh is played by Vincent Rodriguez III, a Filipino-American guy, is particularly important. To put this in context, the first Asian-American male lead in a TV rom-com was John Cho in Selfie (2014), and the series was cancelled before its first season even finished airing. It might not seem like the biggest deal, but Rebecca Bunch being hopelessly, desperately in love with Josh Chan is a huge step for Asian-American actors. Within the world of the show, too, Crazy Ex-Girlfriend tackles a number of heavier issues head-on, predominantly matters of mental health. The show remains light-hearted and peppy while addressing difficult subjects with due seriousness; the way in which they portray Rebecca’s mental health problems and low self-esteem, especially amplified in the second season, deserves applause.

Crazy Ex-Girlfriend constantly resists conventions, produces zany and ingenious pieces of musical comedy, and surprises the audience within the confines of a very predictable genre. There is simply no other show on the air quite like it. Crazy Ex-Girlfriend includes plenty of happy moments, but true to real life, they are always followed up by complications, refusing happy endings. There are two seasons on Netflix, and a third has been confirmed. From where the second season left off, it seems like the next will somehow get even more outlandish. I can hardly wait.