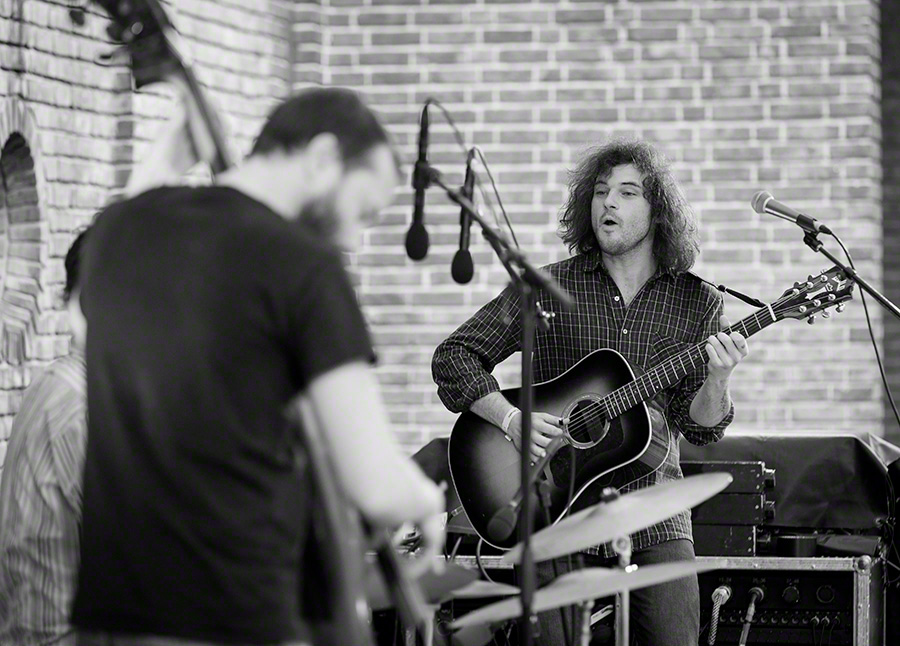 Ryley Walker is something of an eccentric. At only 27 years old, he’s already built a solid reputation in the psychedelic rock scene for his creativity and improvisational skills: ‘The way I play is just like: first thought, best thought. And that’s a really rewarding feeling, to just improvise and have it work.’ With that tribute to the Beat poets, he adopts a style that puts emphasis on emotion – you might not always understand his precise train of thought, but he does a great job of conveying feeling. You can’t help but   empathise, and therein lies his power as a performer. Pitchfork referred to Ryley as a ‘wunderkind’, and well, from where I’m sitting, they aren’t wrong.

Ryley’s set was preceeded by Jonny Payne & The Thunder, an Oxford-based group inspired by American soul and country, and a short performance by the rest of his band, which largely struck a similar note to  the main show. Ryley’s appearance was an immediate injection of energy, however, opening  with a cynical aside on the music industry (‘it’s a shit business, but we like doing it’), and was followed by an atmospheric rendition of ‘Sullen Mind’, reminiscent of The War On Drugs.

The show mostly consisted of songs from Ryley Walker’s 2016 album ‘Golden Sings That Have Been Sung’, which is full of folky tunes inspired by timeless genius from Nick Drake to Jim O’Rourke. The highlight of the album was also the highlight of the gig, the sparkling ‘Halfwit in Me’. Six minutes of lush, rolling guitar melodies, that captures an essence of nostalgia and regret. Live, you really got a sense of his improvisation – The drummer had bells in his mouth, and Ryley’s almost incomprehensible lyrics flowed  over the top: ‘A tuneless trumpet / Breaks down the stone / Weight of the keep and take / Contracted by loan / And the halfwit in me stayed out all night’.

He’s mastered the appearance of the scatter-brained genius, and in the lulls between songs he entertained the crowd with wacky odds-and-ends, and generally whatever popped into his head. He went from musing on the ‘beautiful Tesco across the street’ and discussing the meat sweats, to flamboyant imitations of Bruce Springsteen and Genesis. (‘Don’t you love a good meltdown gig?’). He genuinely had the audience in stitches several times, and managed to navigate those awkward silences with ingenuity, even messing around with a beer bottle as a guitar slide at one point.

If you’re looking for a straightforward, ‘just shut up and play the hits’ type of performance, then Ryley might get on your nerves. But if you allow yourself to be swept along with the current, to ‘roll with the rhythms’, Ryley’s improvisational style can make for a really special experience. There’s a feeling of openness and warmth to his performance – he can say what he likes, and play what he likes, and with a sense of ironic self-awareness about it all. What he lacks in focus, he more than makes up for with talent, funny interludes, and the positive atmosphere he creates on stage. If you get the chance, catch one of his remaining UK tour dates. 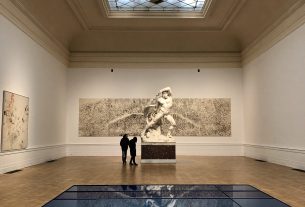