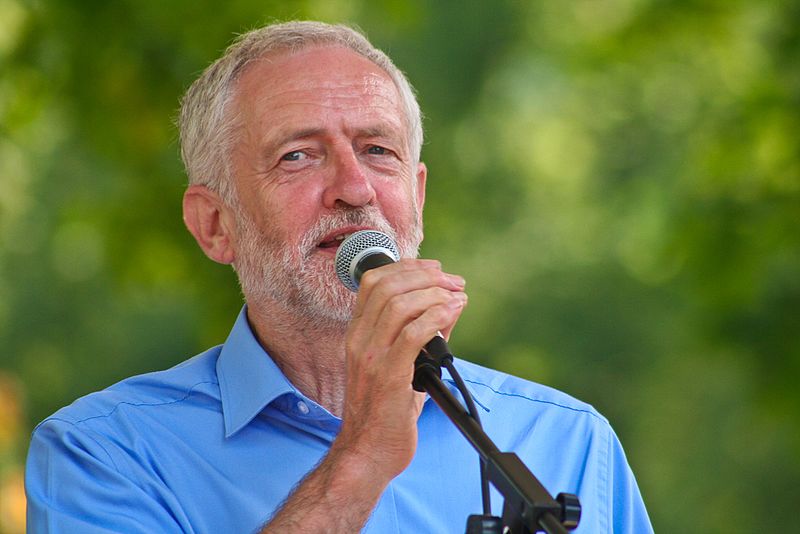 A decisive election for the country and for Labour

Reject Jeremy Corbyn if you must – but we shouldn’t cast away his philosophy.

As a Labour party member, I fear the outcome of the coming general election. If the polling is correct, the Conservatives are set to win a substantial parliamentary majority, giving them a free hand to negotiate Brexit and govern the country as they please for the next few years. This, in my view, is far from ideal, and I am increasingly aware that it will lead to two enormous battles – one for the future of the country, and another for Labour’s soul.

No doubt, a large Tory majority will mean a hard Brexit. Immigration, borders, and a warped notion of sovereignty will be the order of the day. Workplace rights, access to the single market, travel, and access to programmes such as Erasmus will not be prioritised. “No deal”, as May has said, will be “better than a bad deal”, although I am quite sure that she and I would disagree about what constitutes a “bad” deal in the first place.

Worse still, the Tories will be in power for five years. This means a continuing squeeze on public services, tax cuts for wealthy corporations and individuals, fox hunting, and rising inequality. We will miss an opportunity to invest in the economy, scrap punitive trade union legislation, and abolish tuition fees. It is likely too that we will be left with a government divided over the outcome of Brexit negotiations, with the Conservative Party’s ‘liberal’ wing angry that the deal went too far and its neo-UKIP wing being upset because it did not go far enough. Mark my words, Brexit will please nobody – so much for “strong and stable”.

Mark my words, Brexit will please nobody – so much for “strong and stable”.

If the polls are right, the 9th June will go something like this. In the early hours of the morning, the scale of the Tories’ majority will be known, and by mid-morning Theresa May will be at her lectern in Downing Street expressing her delight about how well her party did. Later that afternoon, and after May’s coronation is over, Labour’s soul-searching will have begun, and, in all likelihood, Jeremy Corbyn will have either stood down or be subject to a leadership challenge.

It is in this likelihood of a leadership contest of some form that the battle for Labour’s soul can be seen. Looking back to Jeremy’s initial election, it is quite clear that his appeal has always been one of principle rather than statesmanship. It is the appeal of a man who, for all his faults, was a decent, honest, and ideologically consistent person who could be trusted to have the best interests of the most vulnerable (and indeed the whole country) at heart.

But more than this, it was an appeal based on the rejection of the mistakes of the past. For the bulk of the party, and indeed for a large chunk of the electorate, Labour had lost its ideological character and connections with the communities it claimed to represent. Even under Miliband, apathy was rife and the “they’re all the same” rhetoric was continuing to hit home. For all its success, Labour under Blair and Brown neither looked nor sounded like a left-of-centre party. It cut, it privatised, and it abandoned equality of outcome. Even more damagingly, it surrendered a great deal of the economic narrative to the right and as a result, Ed Miliband was promoting a degree of austerity during the 2015 election campaign. Labour did not convincingly present itself as a credible alternative. It was timid, unambitious, and by committing to even a degree of austerity (despite sensible economic logic not to) tied itself to the rhetoric of the right.

For the bulk of the party, and indeed for a large chunk of the electorate, Labour had lost its ideological character and connections with the communities it claimed to represent.

Much of this has changed since Corbyn became leader. While the media would suggest otherwise, Labour’s ideological position now is much the same as under leaders like Kinnock and Smith. Furthermore, policies such as spending more on education and the NHS, abolishing tuition fees, stopping tax cuts for the wealthiest, and nationalising rail, utilities, Royal Mail, and parts of the energy market are popular. By European standards, none of this is especially radical, and even here it is far from a return to the 1970s. Royal Mail was privatised in 2011, and neither rail nor energy were in completely private hands until the 1990s.

The Conservatives are well aware of this, and their campaign material speaks volumes. They have been light on policy, focussing instead on Brexit and Theresa May. Conservative election literature speaks almost exclusively about giving May, rather than the party itself, an enormous mandate; it fully knows that a Corbyn-May comparison is more convincing than a Labour-Tory manifesto battle.

The Conservative party fully knows that a Corbyn-May comparison is more convincing than a Labour-Tory manifesto battle.

And this is where the problem lies. Jeremy’s struggle has always been one of image and leadership rather than ideas. From day one, the press has treated him with an unprecedented degree of viciousness that has been difficult to counter. The scale here is enormous. In 2016, academics at LSE calculated that 75% of articles about him either distorted or failed to represent his views.

Equally, Labour MPs have made his life hard. Unhappy with a rejection of the platform on which the bulk of them got elected, elements of the parliamentary party have had no qualms about labelling Jeremy ‘unelectable’, actively speaking out against the leadership, and refusing to serve in the shadow cabinet. Such conspicuous disunity, as the Conservatives themselves learned in the 2000s, is poisonous to a party’s image and has made it still easier for the press to denigrate and denounce the party.

But at the same time, Jeremy himself is not blameless. Good men do not always make good leaders, and with his significant historical baggage, non-mainstream stances on issues such as nuclear weapons, and his scruffy appearance it has not been hard to paint him as distinctly un-prime ministerial. The fact that he has had no choice but to fill his shadow cabinet with MPs of a similar image has also not helped, and ultimately whether it is his fault, the party’s fault, or the media’s bias, the Corbyn brand has been thoroughly destroyed.

Ultimately, a loss for Labour in this election will be a loss due to leadership rather than policy; and I fear that too many in the party conflate the two. I have little doubt that Labour’s Blairite wing, seeing an opportunity to bury all that has been gained, will paint the election defeat as a failure of socialism, and that the left of the party ought not be trusted with the leadership ever again as a result.

Ultimately, a loss for Labour in this election will be a loss due to leadership rather than policy; and I fear that too many in the party conflate the two.

This, however, is not what Labour needs. If the history of New Labour teaches us anything, it is that while Labour can move to the centre to grab middle class votes, it does so at the cost of losing the support of its working class communities. While this worked in the early 2000s, it did so at a time where the Conservatives were in a state of civil war, and when the deregulation and focus on the service sector caught up with Labour during the recession it had nowhere to go. Labour needs to reconnect with the communities it was founded to represent. It needs to present a strong, credible, alternative and effectively counter the economic narrative of the right. By giving that alternative, and by extension giving people something to vote for, it will have more success reenergising the communities that simply stopped voting under Blair and Brown. Chasing the mythical centre, as 2015 and the Lib Dem’s abominable poll ratings show, is futile. The party ought not be afraid of presenting a distinct, but sensible, programme such as that found in the current manifesto.

It may very well be the case that Labour and Jeremy’s leadership will have to part ways this June; but what the party (and the country) needs is not a rejection of all that he stands for, but merely a repackaging of many of the same ideas.