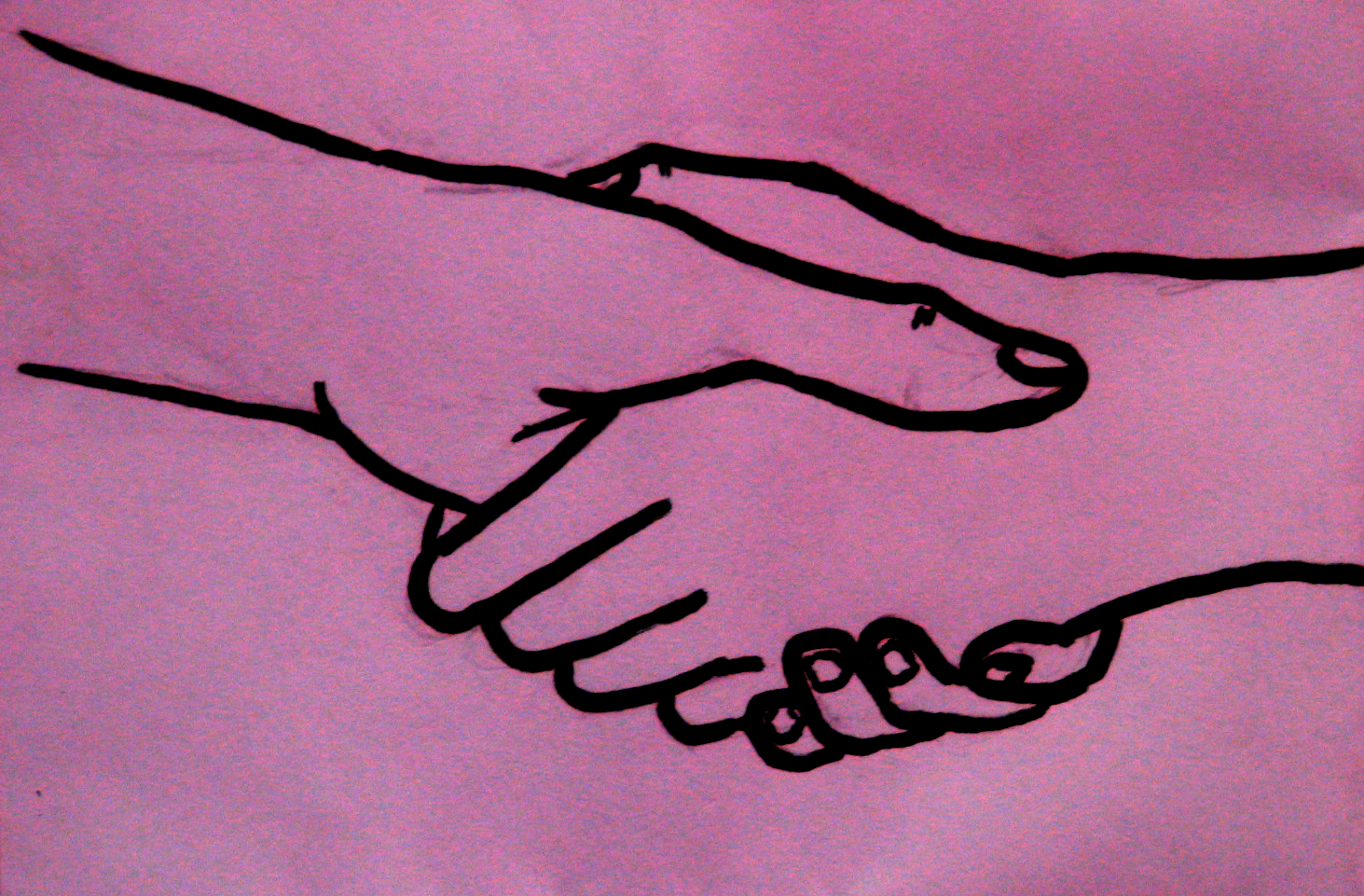 How can we end sexual violence in our community?

Earlier this term I attended the Oxford Union’s panel on “The World’s Shame: Ending Sexual Violence”, where I learnt that one in three women worldwide still experience physical or sexual violence.

The panel was led by three powerful women including Leslee Udwin, known for creating the confronting, ‘India’s Daughter’ documentary. This documentary follows the harrowing 2012 Delhi gang-rape and murder of Jyoti Singh, a 23-year-old female physiotherapy intern. A clip from the documentary showed the lawyer of one of the rapists who, in defense, claimed,

“A girl is far more responsible for rape than a boy … A decent girl won’t roam around at nine o’clock at night … Housework and housekeeping is for girls, not roaming in discos and bars at night doing indecent things, wearing indecent clothes.”

This angering description, defending a rapist, seems foreign, and highlights the intrinsic gender-based cultural attitudes that need to be addressed in countries like India. However, Polly Neate, CEO of Women’s Aid in the UK, another panel member, stressed that the problem of attitudes towards victims of sexual violence in the UK is not so different. Whilst in India some might have said that Jyoti Singh shouldn’t have been riding a bus after dark with a male friend who wasn’t her husband or relation, here in the UK one might make a similar comment about a victim of sexual violence; for example, that they shouldn’t have been drunk at a party.

We can’t be complacent about the issue of sexual violence because we think it may not affect us. Sexual violence in university, as highlighted by recent high profile US cases in the past year (like the Brock Turner case), is a prevalent issue. Although a lot of the media surrounding this has come out of US colleges, UK students still face this important problem.

A National Union of Students (NUS) study from 2014 found that 25% of female students in the UK have had an unwanted sexual experience, including 7% who had experienced rape or attempted rape. There is limited data on sexual violence against males in the UK, but for a comparator, in the US, approximately 20-25% of all female, and 5% of all male students experience sexual violence during their time at university.

Most Oxford students likely attended consent workshops at their college during Fresher’s Week at the beginning of the academic year. Despite being compulsory for junior common rooms, it is not necessarily appropriate to mandate attendance, particularly if some students find the content triggering or upsetting. Middle and graduate common rooms hold workshops to varying degrees, but these are only marked as compulsory by half of the common rooms.

Some students report that one facet of usefulness of the Oxford consent workshops is the simple fact that consent laws in the UK are highlighted. Some freshers have walked into the workshops unaware that from a legal perspective, having sex with a person too drunk to consent, or that removing a condom during sex without the other person’s consent, could be counted as rape. Students have also reported that the workshops create an avenue for further discussion on the topic of consent afterwards.

Some college and university sports teams have benefitted from additional ‘Good Lad’ workshops, run by the external Good Lad Initiative. These are targeted at male students, and aim to promote “positive masculinity”. The initiative focuses on bringing men into constructive conversations about gender and deconstructing the “lad” culture within sports teams.

If I have learnt nothing from my long-windedly-named degree, MSc in Evidence Based Social Intervention and Policy Evaluation, it is that interventions and policies should be backed by evidence. Of course, when there is no available evidence, then you have to make do, but if you can garner some sort of evidence, then that would be key.

There has been some attempt to evaluate the consent workshops in terms of satisfaction and changes in attitudes and knowledge. Orla White, an Oxford University Student Union (OUSU) representative who is involved in training student facilitators for Oxford’s consent workshops, explains, “We have three years’ worth of feedback data, spanning from 2014 to 2016. This data indicates really high levels of satisfaction with the consent workshop project, and also shows some really interesting developments in students’ attitude towards, and knowledge around, consent.” OUSU plans to trial other forms of surveying and feedback collection over the next few years.

Whilst this and the attempt of the university to address the issue of sexual violence is to be commended, there is perhaps room for more formal and rigorous monitoring and evaluation to assess the effectiveness of the programmes that have been run.

A recent OxPolicy (the Oxford student think tank) report looking at effective sexual violence prevent programmes in universities found no literature on the effectiveness of consent workshops. This highlights a gap in the literature, meaning that those looking to run workshops have little evidence-based guidance to follow.

In brief, the OxPolicy report found that: bystander programmes, and programmes which are targeted, interactive and involve repeated, frequent sessions are recommended.

Bystander interventions teach community members how to intervene in situations that involve sexual and relationship violence. For example, interrupting situations that could lead to an assault, interrupting during an incident, speaking out against social norms that support sexual and relationship violence, and developing skills to be effective and supportive allies to survivors.

One benefit of bystander programmes, outlined by Newlands & Donohue (whose review of sexual violence prevention programmes on college campuses was included in the OxPolicy report), is that they frame males, “as potential allies rather than potential rapists, therefore, providing, an opportunity to target attitudes and behaviours while decreasing the likelihood of fostering backlash or animosity on the part of the participants.” OUSU previously ran Bystander Invervention Workshops, however, these have been largely unused over the past two years.

Tailoring sexual violence prevention programme to the university, and specific demographics of the participants is recommended. For example, single-gender groups are recommended over mixed-gender groups. And separate interventions for those with a prior history of sexual violence are beneficial. Currently, the Oxford consent workshops are not targeted to any particular type of student, but they do include numerous opportunities to discuss resources for sexual violence survivors, and facilitators are trained to ensure the discussion is sensitive to the fact that, as Orla White notes, “in any random group of 10-15 students there will be at least one person who has been affected by sexual violence”. Another type of programme delivery which has shown effectiveness, is online programmes. One benefit of these is that they can be used to reach out to those with a history of experiencing sexual violence, who may be more hesitant to utilise face-to-face resources

Finally, interventions, especially those with multiple outcome goals and diverse audiences, should involve multiple sessions when possible, and repeated, frequent sessions over the academic year are recommended. It would be worth considering implementing follow-up workshops for second, third, and fourth year Oxford students who may have long forgotten the content covered in the workshops in Fresher’s Week of first year.

Overall, the OxPolicy report found very limited evidence from the UK, with most studies coming from the US. Whilst the findings can be applied to Oxford and other UK universities, there are many differences between the US college system and UK universities, in particular, the unique OxBridge system, that mean that the findings from this review may not necessarily be generalisable to our population. Oxford differs in many ways from the US college system, for example, shorter duration of degrees, living situations (relatively fewer cases of room sharing), lower costs of education, differing alcohol consumption laws, and fewer fraternities and sororities. As a result, recommendations that follow from the literature may not directly translate to UK universities.

Furthermore, the participants of the studies found in the report were mostly Caucasian, and the literature largely ignores male and Lesbian, Gay, Bisexual, Trans and Queer (LGBTQ) victims of sexual violence. Another, perhaps more problematic limitation of the literature found, was that there a focus on risk-reduction programmes i.e. what women should do to prevent being victimised – which can be construed as victim blaming.

Perhaps the findings from this report can be considered when monitoring and evaluating Oxford’s consent workshops, and more importantly, inspire, as a start, Oxford to conduct and publish a formal evaluation of the workshops. If this were to occur, Oxford could contribute to the currently sparse UK evidence base on sexual violence prevention programmes, as well as learn what is and what isn’t working, and what outcomes are being achieved as a result of the workshops. This will allow us to ensure the workshops are being implemented as intended and achieving the envisaged outcomes. After all, Oxford is one of the top research institutions in the world.

An OUSU report on Oxford’s consent workshops is in production and will apparently be made available to students very soon.

The OxPolicy sexual violence report can be viewed at: http://www.oxpolicy.co.uk/