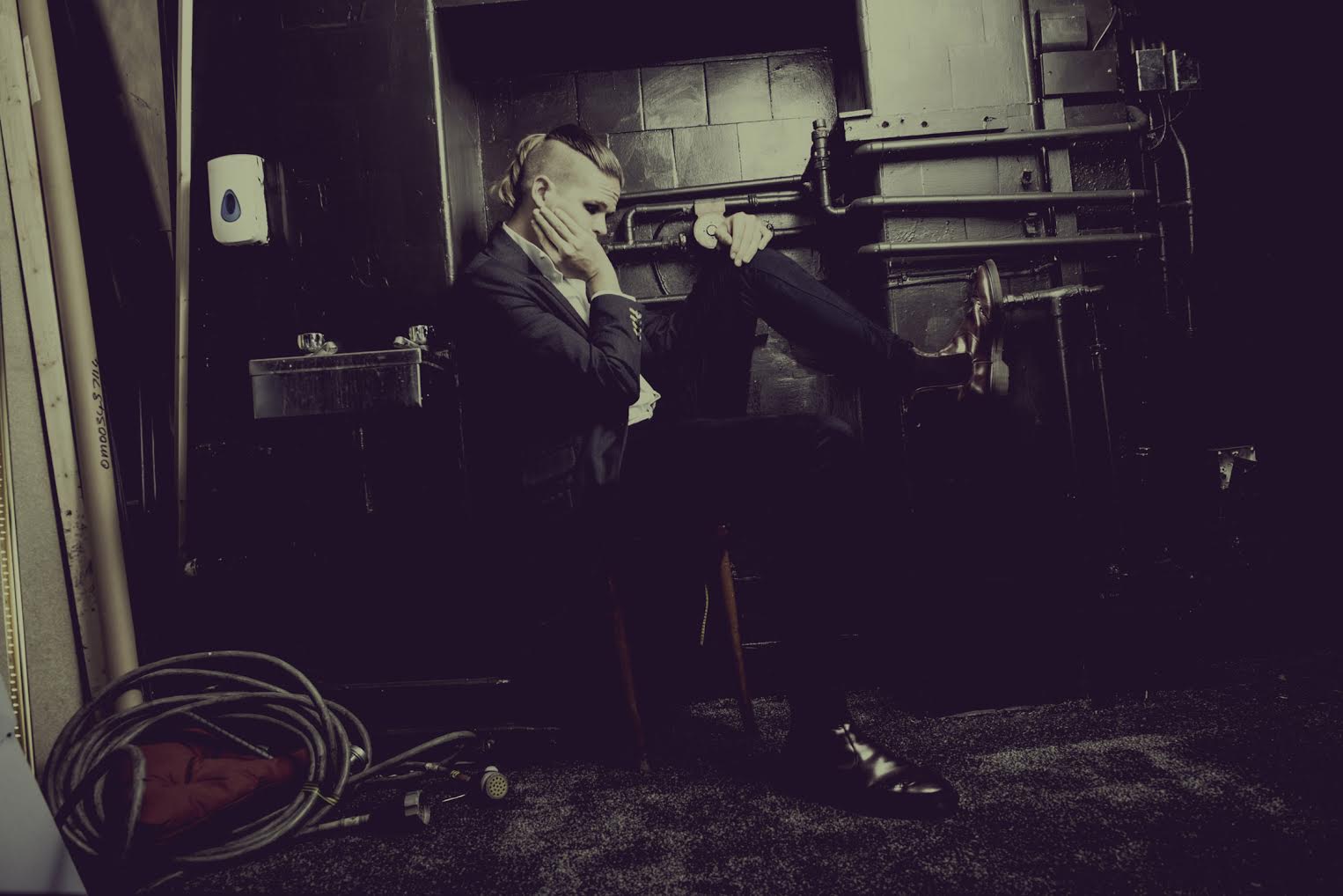 Luke Wright is one of the UK’s best spoken-word poets. That’s the safe thing to say. The right thing to say is that he eludes all attempts at definition, let alone comparison, while he is on the stage, building entire worlds out of his voice. His is the 21st century logos, the ‘Let there be light’ of the Brexit UK. Inspired by the ‘drip-drip of these Netflix nights’ and the ‘chicken thighs half-thawed’, ‘The Toll’ is all about surviving the inevitable life beyond disillusionment.

“I wanted to write about hopefulness in dark situations.” The poet says. He is ‘all for finding the positive in things’, but this isn’t a dew-eyed, effortless optimism. Wright’s unflinchingly dark humour chronicles the details of urban squalor, easy intoxication and its frequent frustrations.

However, Wright makes sure that even the bleakest of his poems do not lead to angsty dead-ends. “I bring them [the audience] to the darkest bit, about relationships breaking down and the bleakest moments, then I try to bring people out of that, which is what I think poetry should do. It’s not just about the laugh.’ Indeed, the show itself is a compact masterpiece, a journey of the mind through time and space, as well as a whole spectrum of emotional corners. Each poem is flanked by devastatingly funny intros and outros that inventively weave together the ‘cacophony of written delights’ that is his collection. Wright explains that the smooth transition between the poems is the key. ‘It’s experimenting about the art of show. ’ From a fiasco of the (non)-sighting of a lion at Essex to a wistful rhyme on visiting John Betjeman’s Grave, Wright’s virtuoso performance constantly surprises and delights.

“I bring them [the audience] to the darkest bit, about relationships breaking down and the bleakest moments, then I try to bring people out of that, which is what I think poetry should do. It’s not just about the laugh.’

Wright’s delivery is as strong as the poems themselves. His voice is powerful, his timings impeccable. He paints in quick, acrylic-bright stroke, sizing in on gritty details that resurrects whole walls of images around them. The sheer speed and the grace with which he builds then tears down entire worlds is downright impressive. “That’s what excites me most about writing- details. It’s not what’s necessarily most talked about, but I love the craft of it. When you nail a damned good line- that’s what it comes down to.” It is hard to deny that the foundation of his poetry is in the riveting lines, which is probably what makes his poetry almost as readable as they are a delight to listen to. This habit of ‘perfecting, crafting, and honing’ create crisp, resonant lines such as ‘the slack-jawed Shaznays dream’ or ‘Burt spurts hummus up Ruth’s mum’s rump’. Indeed, Wright likes to experiment with sounds, recently composing univocal lipograms using only single vowels such as ‘U’ or ‘I’. ‘It forces language in unexpected ways. In ‘IDS’, I would’ve never come up with a line like ‘this piss-dripping fright-witch’ without that rule. It’s philosophically limiting and it can’t be very intellectual, but the aesthetics of it is worth it.’ And it certainly is. The absence of vowels, and Wright’s adept play with the sound of it, make for hilarious as well as highly original spectacles.

While the themes and tones of his colorful collection is drastically varied, Wright’s ability to amalgamate comic narrative and deep pathos is striking, and this quality is as alive on the page as much as it is on the stage. ‘Each poem is its own thing.’ Wright says. True to his word, it is the sheer grit and the sharp perception that gives his poetry its textual power. His punchy lines hit you in the guts, painting you a lurid and crumbling yet still very much a lovable world.

True to his word, it is the sheer grit and the sharp perception that gives his poetry its textual power. His punchy lines hit you in the guts, painting you a lurid and crumbling yet still very much a lovable world.

Wright represents his characters and stories in a tone both brutally honest yet ultimately affectionate. ‘Evelyn Waugh, my favorite writer, writes in a kind of cartoonish form- his world and characters seem hyper-real yet have genuine emotions. That’s the place I’d like to occupy.’ Indeed, Wright’s world-building has the same intuitive flair, and makes its readers deeply relate to its character that they are simultaneously laughing at. His poems remain life-size and refreshingly relevant, whether it be a historical ballad on a Georgian apprentice to a hatter tired with ‘dandruff decades’ or a playful caricature of the Essex Lion.

A ventriloquist of post-beer musings and capitalism’s many disappointments, Luke Wright is one to watch out for. His brittle humor pools like splashes of light in dark back-alleys, shedding warm, albeit clinically accurate, light on our wry, first-world struggles.