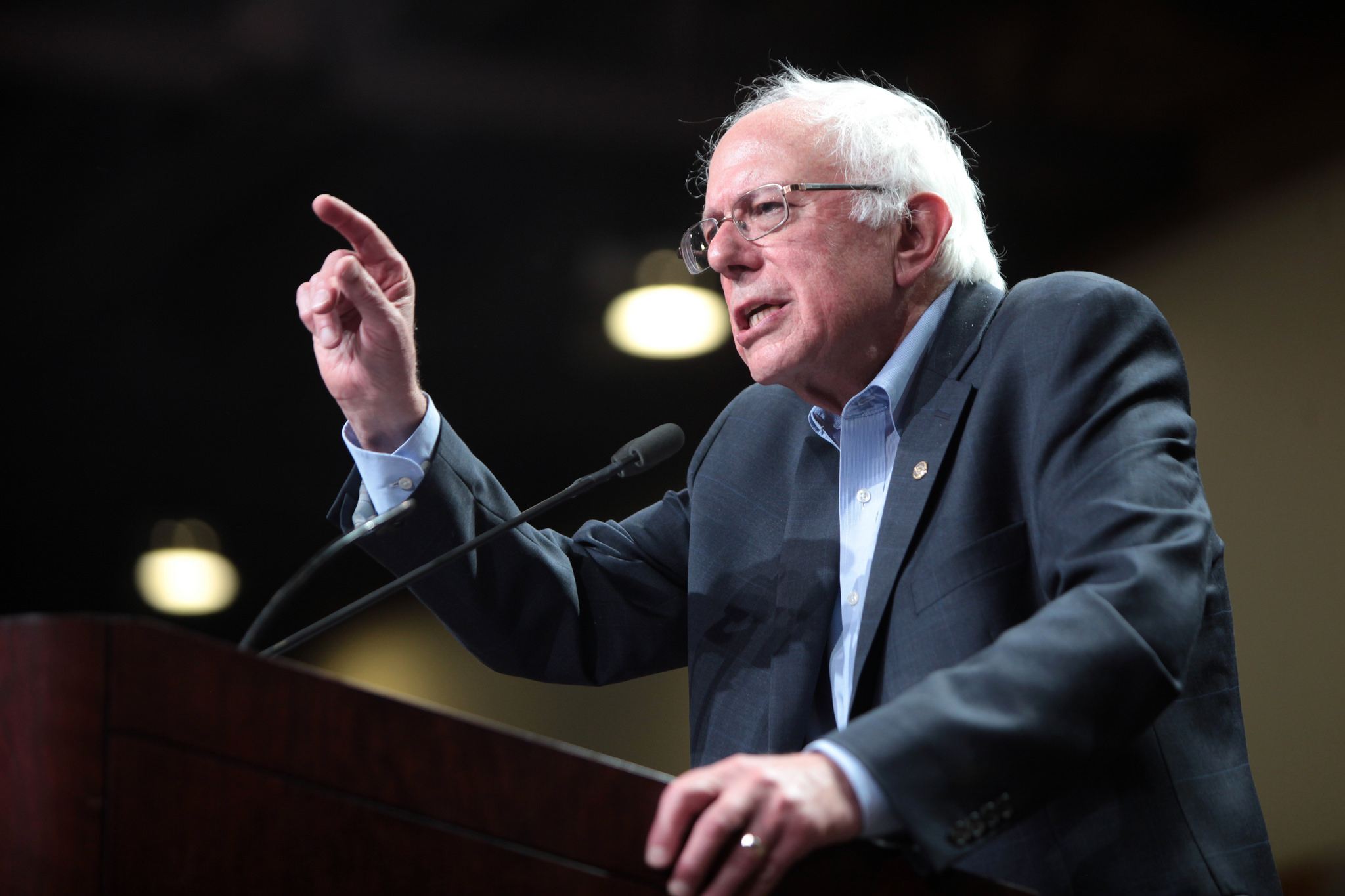 Senator Bernie Sanders addressed the Oxford Union this afternoon, in a surprise event only announced a few days previously. He gave a characteristic stump speech, focusing on income and wealth inequality both in America and around the world.

Many in the audience had been queuing for hours, and when finally the Senator arrived in the chamber he was greeted with a thunderous, standing ovation and a chorus of cheering.

By contrast, Sanders was quick to get down to business, muttering a word of thanks to the audience before immediately launching into a stinging criticism of Donald Trump. “I know there has been a lot of concern about what is happening in America”, said Sanders, “but I just want you to know that his views are not shared by the majority of the American people.” Another massive applause followed.

The one-time candidate for the presidency singled out for particular condemnation Trump’s decision to withdraw yesterday from the Paris climate agreement, and an upcoming budget proposal that Sanders lampooned as: “a budget more injurious to the working class than any other in recent American history.”

Yet he also struck a note of optimism, generating another ovation by declaring that this budget “will not pass” because even many on the Republican side see how “vulgar” it is.

He said nothing of his campaign for the Democratic nomination, nor of Hillary Clinton. There was little to differentiate his speech from the fiery campaign rallies which have brought him global recognition – and the Union loved it.

A barrage of statistics was levelled at the chamber in the thundering voice and unmistakeable Brooklyn accent for which he has become well-known, lacerating a world system which allows eight billionaires to own as much wealth as half the people on Earth.

It felt as if Sanders had come to give the audience a snapshot of what they’d heard so much about, rather than a unique insight into his own life or American politics. Judging by the reception he got at the end, it worked.

Sanders insisted that the main problem now was material inequality, and he urged the students of Oxford to join him in the fight. “We need your energy, your enthusiasm,” Sanders demanded. “We need your courage.”