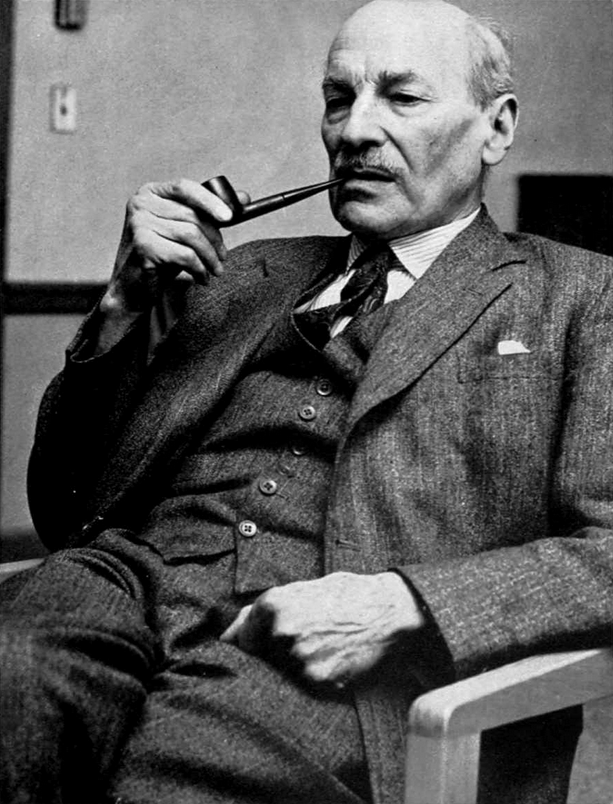 ‘Strong and stable’ is fast becoming 2017’s equivalent of fake news: that phrase you hear every day which is driving everyone slowly insane. The Conservatives put forward a similar message in 2015, castigating Red Ed and his planned coalition of chaos, and urging voters to choose the long term economic plan instead. But seven years and two major referendums, three elections and a Brexit later, some are calling into question whether the Tories really are the party of stability. It also might be worth noting that the Conservative party has not always based its appeal on conservativism – and once upon a time, the rhetoric was very much reversed.

After Winston Churchill lost the 1945 election, Clement Attlee’s Labour government set about the creation of a New Jerusalem: the welfare state, international peace and freedom from Fascism. But for this to work, Labour argued, ‘austerity’ was needed. What they meant by austerity was the control of private spending so that it could be channelled into investment instead. Hence the wartime system of food rationing and import controls was maintained: much to the disappointment of many in post-war Britain.

Without this policy, it is likely that the balance of payments would have imploded – as it was to later, in the 1960s – and the public investment which built the welfare state might well have never materialised. But something which created such public dissatisfaction was a ripe target for a party which had just been thrown out of office after fifteen years of rule. The logic of partisan politics dictated a frenzied attack on the carefully measured technocracy which Labour had come to use as their doctrine. In 1950 and again in 1951 – both election years – Churchill promised to ‘set the people free’ from rationing, controls, and austerity. Even before this, in 1946, the Conservatives joined the right-wing press in an anti-rationing campaign.

The logic of partisan politics dictated a frenzied attack on the carefully measured technocracy which Labour had come to use as their doctrine.

When they won in 1951, they kept their promise. Controls were gradually lifted and in 1954 food rationing ended. By this time, arguably, it was the right decision to change course: but back in 1946, it would have been risky to say the least. In any case, the Tories kept pressing their message for the rest of the decade. In 1959, the slogan was ‘Life’s Better With The Conservatives – Don’t Let Labour Ruin It’; in 1960, party propaganda reminded voters of rationing and austerity under Labour.

In 1979, when Margaret Thatcher won her first general election, the message was partly based on the Winter of Discontent and the round of strikes before it which had disrupted day-to-day life and discredited the Labour government. But it’s also worth noting that the Conservative manifesto that year hardly opened with ‘Britain needs a strong and stable government’:

“No one who has lived in this country during the last five years can fail to be aware of how the balance of our society has been increasingly tilted in favour of the State at the expense of individual freedom.

This election may be the last chance we have to reverse that process, to restore the balance of power in favour of the people. It is therefore the most crucial election since the war.”

This was the rhetoric of revolution and self-determination, not long-term economic plans. It was Brexit populism, not Tory technocracy. And it produced a government which defined itself by conflict – with the unions, with the welfare state, with Argentina – not stability.

This was the rhetoric of revolution and self-determination, not long-term economic plans.

I would suggest that today’s Conservative party shares a pretty profound disinterest in stability. Cameron and Osborne were both gamblers, interested in deficit reduction, hugging hoodies, the environment, nuclear power, and expensive trains all at once – and at the end of their time, Britain’s deficit remained and it had left the EU against both their wishes. The “boring” Philip Hammond’s chaotic budgets betray his background as a chancing entrepreneur, who accepts risk as part of his game and lives by trial and error. Theresa May is a third-rate Thatcher who refuses to face the press – or her political opponents in a TV debate – and who thought it perfectly reasonable to appoint Boris Johnson as the Foreign Secretary. She stated categorically that Britain was not ready for an election: and then she called one.

History shows us that the Conservatives are just like any other political party. They change their message to whatever appeals at the time, as long as it’s within the bounds of a vague collection of principles. Only now are they the party of stability, and they’re not even very good at it.