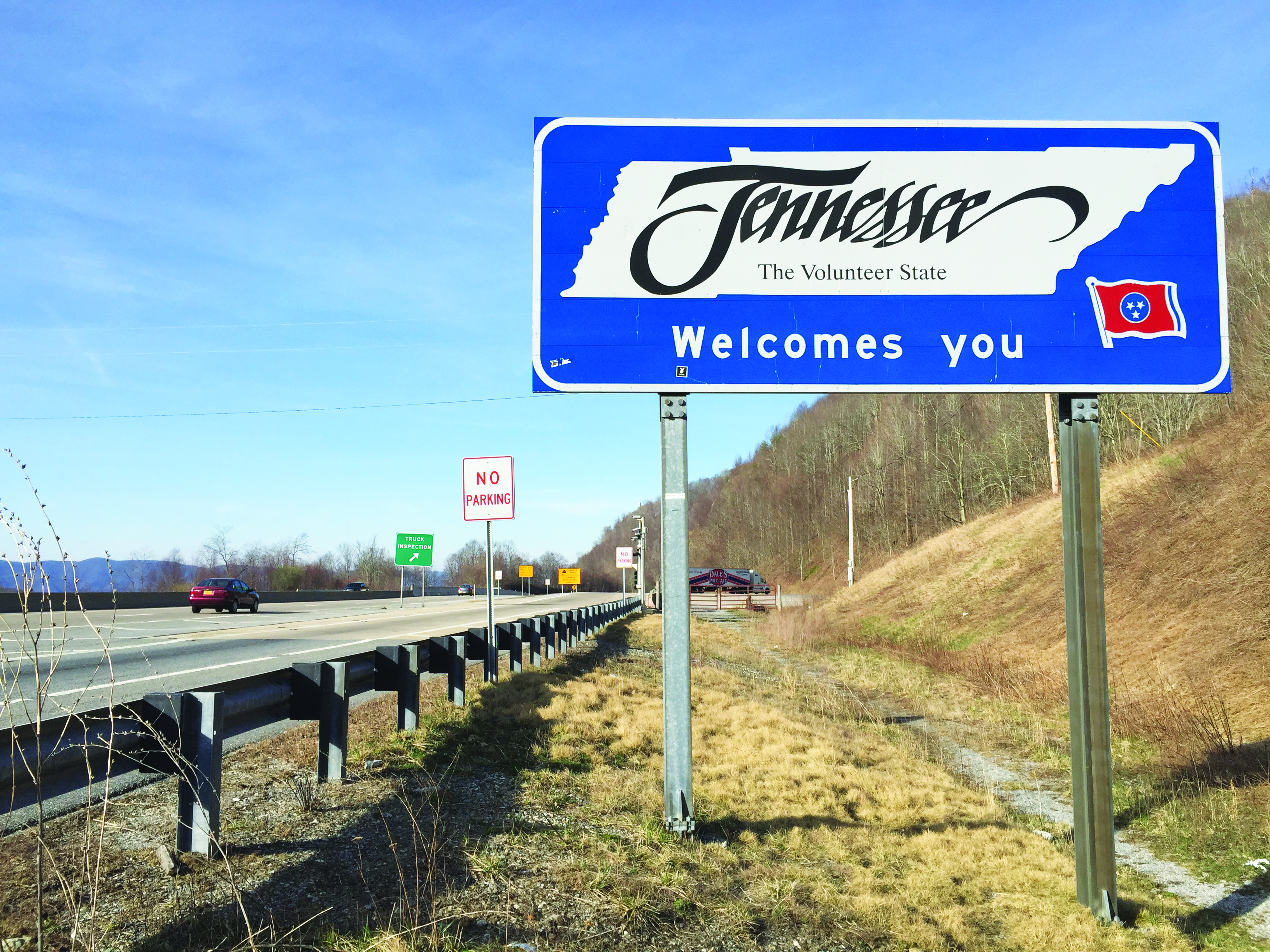 On November 8, 2016, Oxford grew eerily quiet. My study table in the History Faculty had a window view of weak morning sunlight, which illuminated a room full of glum stares, sniffles, and tearful exclamations. One young woman padded across the carpeted floor, stifling sobs just loud enough for me to hear: “I can’t believe what . . . what horrible people would allow that man in office.” Her friends offered soothing words as she slumped between them.  Numbness in my chest grew; I clicked back onto my flooded Facebook timeline, unable to focus on my readings.

The American election results had arrived—and compelling populist rhetoric triumphed, swinging the American political scene into unchartered territory. Laments about the hillbilly, backwoods citizens with racist leanings followed.  Verbal jabs condemned the bible-thumping American bigots who voted Donald Trump in office, championing white male supremacy in the modern era. Negativity, and assumed disgust for his voters, flowed freely in Oxford’s political discussions—in which, admittedly, I joined.  And yet, amongst the angry, impassioned outpouring on media and in person throughout the next few days, I struggled with conflicting emotions and uncertainty.  Open assaults on the character of American people fired from all sides.

The American response to these discussions varied, especially for those living abroad. Many Americans in Oxford hail from New York and California’s urban hubs. These cosmo-Americans have liberal education, experience of study abroad, and often, international parents. They epitomize America’s cultured, groomed, and sophisticated. Cosmopolitanism certainly wouldn’t characterize my American residence. I’m not from Los Angeles, New York City, or even the New England region.

“I can’t believe what . . . what horrible people would allow that man in office.”

My home is Tennessee, one of the reddest states in the country. The victory of populism had a personal tinge, as I understood not only the religious and social roots of this demographic, but also the intense appeal of Trump’s rhetoric upon this culture. Powerful words and unity in fear had enticed people close to me, and heralded a disconcerting chapter in American politics. The South comprises Tennessee, Alabama, Georgia, and Mississippi, among others. This hot, humid region of the country gifted the world country music, hot fried chicken, and Miley Cyrus.

My political beliefs seem radically liberal by my home’s standards. Education allowed me to see the world outside of Tennessee; historical and literary interpretations of nation states, culture, and capitalism shaped my social and political perspectives.  Despite my fears surrounding the election’s outcome, and my own uncertainty about the future, these attacks on the American people as a whole left me angry and hurt. Many non-Americans criticized its citizens with broad generalizations and speculation. The weeks following the election left me mentally and emotionally drained, especially as people unknowingly attacked those close to me.

Yet one comment took me by surprise. My tutor in the History of Medicine spoke to our class the day after the elections, as an American-British dual citizen. Her liberal leanings remained apparent, but her comment caught my attention. My class and I exchanged empty-eyed glances, lost in our thoughts, and looked at our tutor. She paused, and thought for a moment. “I’m shocked by this outcome, but I also realized all my American friends and acquaintances are liberal. I should get to know more conservatives.”

Many non-Americans criticized American citizens with broad generalizations and speculation.

My professor refused further comment, acknowledging the effort required to understand a large group of people in a historical moment.  She sought complication of generalization, and complexity instead of simple assumption. My general discomfort over the election remains, but this comment carries great wisdom, and recognizes the complexity that contributed to voter decisions of those in regions like the South. Generalizations about groups, races, religions, and classes remain easy. They fit in a square-shaped box, and allow people to make efficient assumptions and realizations. Assuming broad swaths of people are “bad”, or “bigoted”, or “horrible” seemed like a natural reaction this November, especially when considering the outcome.

I know many who voted for Trump personally. Generalizations don’t fit these people, and fail to appreciate the complexity of their decision. The critical response, I believe, is seeking why they have come to feel the way they do. Many educated citizens of the South chose to vote for Donald Trump, for various reasons. Most voted out of resignation rather than enthusiasm. The roadways, street signs, and bumper stickers remained bare during election season, as many voters in the South struggled with indecision.

Yet some Southern Americans championed their choice of Donald Trump over Hillary Clinton. Clinton’s past political involvements, and her contribution to policies that negatively affected regions of working-class citizens, alienated those in the coal or other industries. The ivory tower of academic political theory means little to those whose jobs and families were compromised by a Clinton presidency. University of California-Hastings professor Joan Williams, in an article “What So Many People Don’t Get About the U.S. Working Class,” states that the aversion to Clinton in this working-class demographic makes perfect sense: “Hillary Clinton . . . epitomizes the dorky arrogance and smugness of the professional elite. The dorkiness: the pantsuits. The arrogance: the email server. The smugness: the basket of deplorables. Worse, her mere presence rubs it in that even women from her class can treat working-class men with disrespect. Look at how she condescends to Trump as unfit to hold the office of the presidency and dismisses his supporters as racist, sexist, homophobic, or xenophobic.”

Tennessee has one of the top working-class metropolitan areas in the country, and represents up to 38.4% in cities like Morristown. In an interview with the Harvard Business Review, Williams illustrates Trump’s unique appeal to this particular demographic: “the fantasy, the aspirational dream of the white working class, is to have their own networks that they’re familiar with, their own family structure, their own friendship structure, their own food—to be exactly the way they are, just with more money. That’s what Trump represents as a dream.” These workers possess resentment of degreed professionals and elitist institutions, yet they admire hard work and wealth.

Theories about populism, nationalism, and culture—hot topics when considering current political climate—are often examined in a rigorous classroom setting. Quality education promotes critical thinking by teaching history, economic theory, philosophy, and literature with depth and meaning. Yet not all have the privilege of such training.  A meager third of Tennessee fourth-graders earned a proficient reading score in the National Assessment of Educational Progress.  In a statewide reading proficiency test, 48% of Tennesseans in grades three to eight passed. A historical lack of industrialism and infrastructure contributes to educational disparities in the South, and other rural regions of the United States. The quality of public education varies greatly across the state, and children often do not receive challenging academic instruction. Yet many families cannot afford the luxury of an expensive private education, much less funding for a northeastern Ivy League degree. First-generation college students abound at the University of Tennessee, my alma mater.

A historical lack of industrialism and infrastructure contributes to educational disparities in the South, and other rural regions of the United States.

Religious ethics must be considered in Southern regions, and those across the Midwest. Trump swept this demographic, and received 81% of the white evangelical vote. Protestant beliefs contribute to the moral values of these communities. Such religious beliefs often create inadvertent or moralized sexual or racial oppression.  Church teachings that create strong communities also perpetuate shame-ridden doctrines, and promote rigid gender roles. Trump’s rhetoric strategically touched these ideologies, and the family-oriented values of this culture. One middle-class female voter, in conversation with me last fall, swung her alliance to Trump after seeing news coverage promoting the loyalty of his family and children.

Racist, bigoted, and xenophobic beliefs exist in the United States. They led some citizens to support Donald Trump. Contextualization doesn’t excuse, for an instant, the immense work that has to be done to address these beliefs. Intolerance must be acknowledged and stopped. We have work to do. Yet I plead that we stare bravely into the issues, understand those who disagree, seek to listen, and allow complexity over generalizations.  Tennessee and the South have intelligent, compassionate people. Interaction and conversation increases mutual understanding, because the fight to understand the newest political changes remains increasingly important. As we dialogue with various people and seek questions over answers, complexity must be allowed when considering voter decisions and motives. Hasty generalizations can only serve to further divide. If we seek unity and understanding, maybe “y’all” would truly fulfil its meaning.