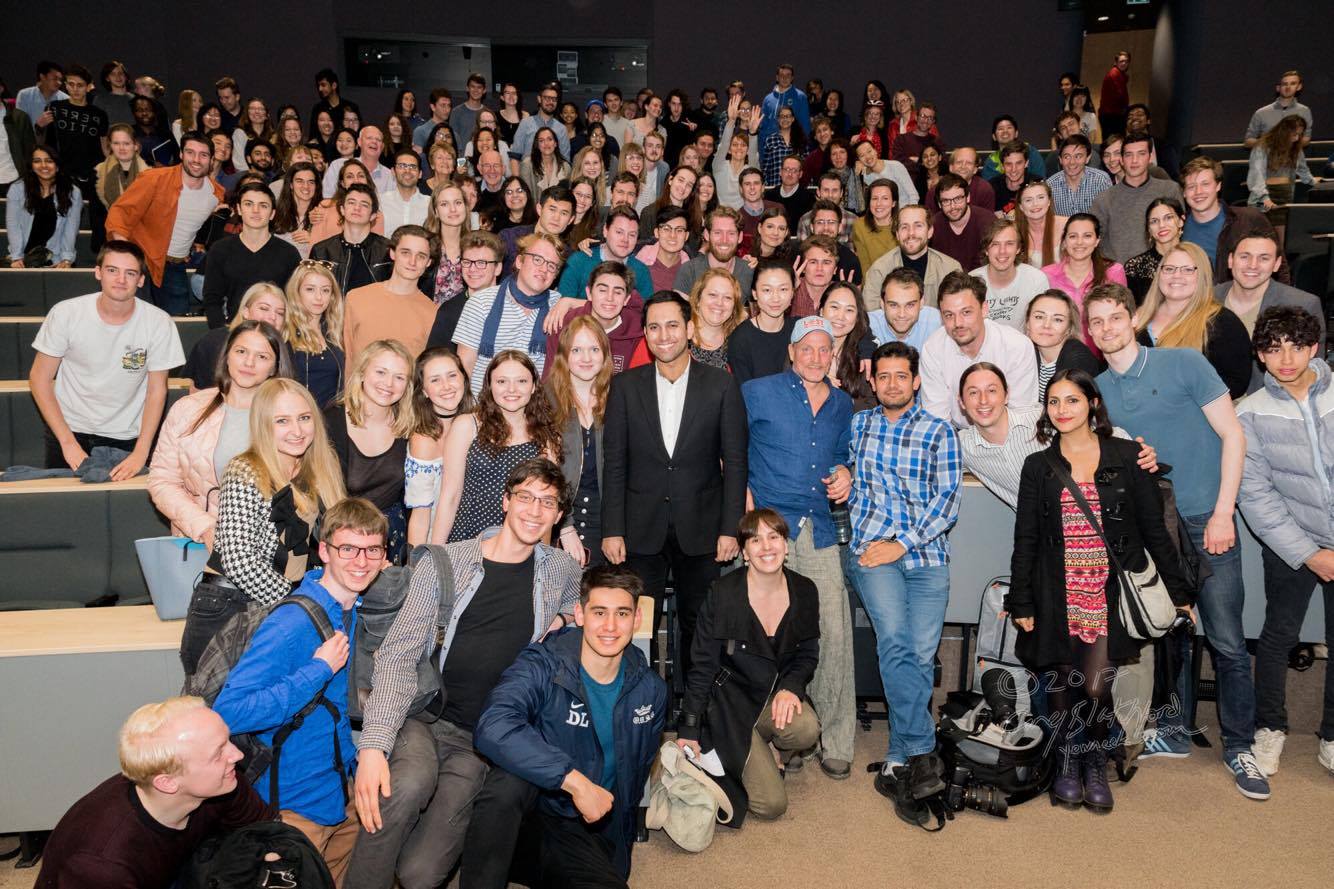 On January 19th, Lost in London was broadcasted live to over 500 cinemas in the UK and US, making it first of its kind. Writing, directing, and starring in Lost in London, Woody Harrelson brings us a poignant story about one wild night in his life. The Oxford University Guild Business Society hosted the Oxford University screening of the film on May 19th, which was followed by an engaging Q&A with Woody Harrelson.

Despite there being nothing immediately funny about the night’s chaotic proceedings, upon further reflection and after the story “gnawed at” him, Harrelson turned one of the worst nights of his life into a compelling script.

“Too much of this is true”: The Latin phrase at the beginning of Lost in London translates to this, and conveys the atmosphere of the feature. The film strikes a comedic tone despite the dramatic subject matter, and that lies partly in the truth of the story. Lost in London is based on the true story of a London night in June 2002. Harrelson’s wife learned of his infidelity from a tabloid and Harrelson had a fiasco of sorts in a club, broke an ash tray in a taxicab, was involved in a police chase, and was arrested… all in one night.

Despite there being nothing immediately funny about the night’s chaotic proceedings, upon further reflection and after the story “gnawed at” him, Harrelson turned one of the worst nights of his life into a compelling script. At the Q&A, he explained: “I like the concept of the story: a guy who kind of has everything, but doesn’t realize it until he’s about to lose it, and then gets a shot at redemption. There’s something about that that stayed with me”.

One of the best aspects of this film was just how witty it was. Harrelson, during the Q&A, expressed his love for comedy and making audiences laugh, but confessed, “…it’s not exactly as it happened. There were no laughs on the night, not even one spec…”. He clarified that pretty much everything that happened that night is in this film, but a few things that did not happen were added for comedic effect.

One sequence in particular addresses questions of authenticity and comedic balance. An early scene in the film involves Harrelson’s wife discovering that he cheated on her. After the screening, Harrelson told a story of how, about ten days before filming, he watched the filmed rehearsal of that scene and thought, “God this is terrible”. He realized that he was “throwing too many jokes in there. I’m trying to make this funny. This can’t be funny; this has to be heavy. This is the base note that establishes the rest of it”. I must say that the end result managed a skillful balance between giving scenes their due weight and infusing comedic elements.

In addition to telling a compelling story, Lost in London is a technical feat. It is the first film to be broadcast live to cinemas. The film was shot with one camera and involved one continuous take. Satellites had to be set up around London to pick up the broadcasting signal for all 14 locations this film spanned. On the decision to stream the film live, Harrelson said, “I love theatre and film, and I always thought there was a way to merge the two. And then I thought, well, you’re not merging it, just shooting it in real time. You really need an audience for it to really be theatre. Oh my God, I wonder if you could actually live stream this in the cinemas while you do it”.

But, of course, such an impressive endeavor was not without its hiccups along the way. Harrelson lamented, “the sound was a big issue and the live feed was a very scary thing”. In a particularly anxiety-inducing turn of events, during the final rehearsal before the big day, the signal for the live feed was lost. The team was left to scramble to find and fix the issue before the live broadcast. The nature of such a film meant that things were always in flux. “Things were shifting all the time”, said Harrelson, “I took five pages out within 30 hours of shooting”. When asked about having a contingency plan for rain, Harrelson joked, “If it rained I was crying”. While the plan was to “forge ahead” in the event of rain, the production was very lucky that there was no rain or wind during the stream, as they did not have many set alternate plans.

Overall, Lost in London told a striking and entertaining story of redemption. The feature was well-shot and directed, especially given the fact that this was Harrelson’s directorial debut. Harrelson and Owen Wilson give great comedic performances that make the dramatic moments all the more powerful. While the knowledge that the film was live streamed adds particular intrigue and engenders great respect for Harrelson as a filmmaker, the truthful story, humorous plot, and quick action make the film great in its own right.

Ahead of his screening of Lost in London, I sat down with Woody Harrelson to ask him a few questions.

Q: [You are very involved in environmental activism.] What do you think the role of film or other creative media can be in furthering advocacy?

A: I think there’s a lot of great docs. You don’t see that many movies talking about it. Sometimes they have reference to it, but not thematically…like that’s the theme. But I think there could be a great environmental movie that’s really… that could be exciting, that could also give a great message. I guess Erin Brockovich is the last one I can think of that was a big, environmental-minded [movie].

Q: [Turning to Lost in London,] I suppose there may be a way you hoped the audience perceived the film in terms of it being live. Maybe you thought it would make them more involved in the story or add a bit of danger given the live aspect. I wonder how you envision the audience experience after the fact, now that they are watching it while it’s no longer being broadcast live.

A: Well, I never felt like it- that danger was more for me, you know? It’s just a rush to try to do it that way. I’ve always felt like the story should hold, you know? It shouldn’t just be the fact that it’s live… shouldn’t be the reason people are compelled by what’s going on. It should be compelled by the story. And we’ve shown it now; this will be the eleventh time of showing it to different people. Last night in LIPA [Liverpool Institute for Performing Arts]… and uh this will probably be my last time to do it. But last night was just phenomenal. The response was really cool, you know? It’s what you hope for when you write something that you’re hoping people respond in a certain way. And when they do, especially when you put this much work into it, it’s pretty gratifying. So, no I don’t expect it- you know I just expect that they’re going to either like the movie or not, of its own merit, not whether or not it was shot in- live streamed, you know?

A: Ooo [laughter]. You get the hard question award. This was definitely the most challenging thing I ever did, I think, because it really was like doing theatre but there were a lot of elements that I didn’t have control of. Usually, when you’re doing theatre, all the technical elements are sorted. In this case, we had a lot of trouble with sound and with the live feed itself going out. So we were… it was really kind of… at some point there was just kind of a letting go. Actually just before we started rolling, I was like here it goes. But I certainly had a lot of bad ideas. I do like to scare myself at least once a day, do something a little bit scary, climb up on something or jump off something.