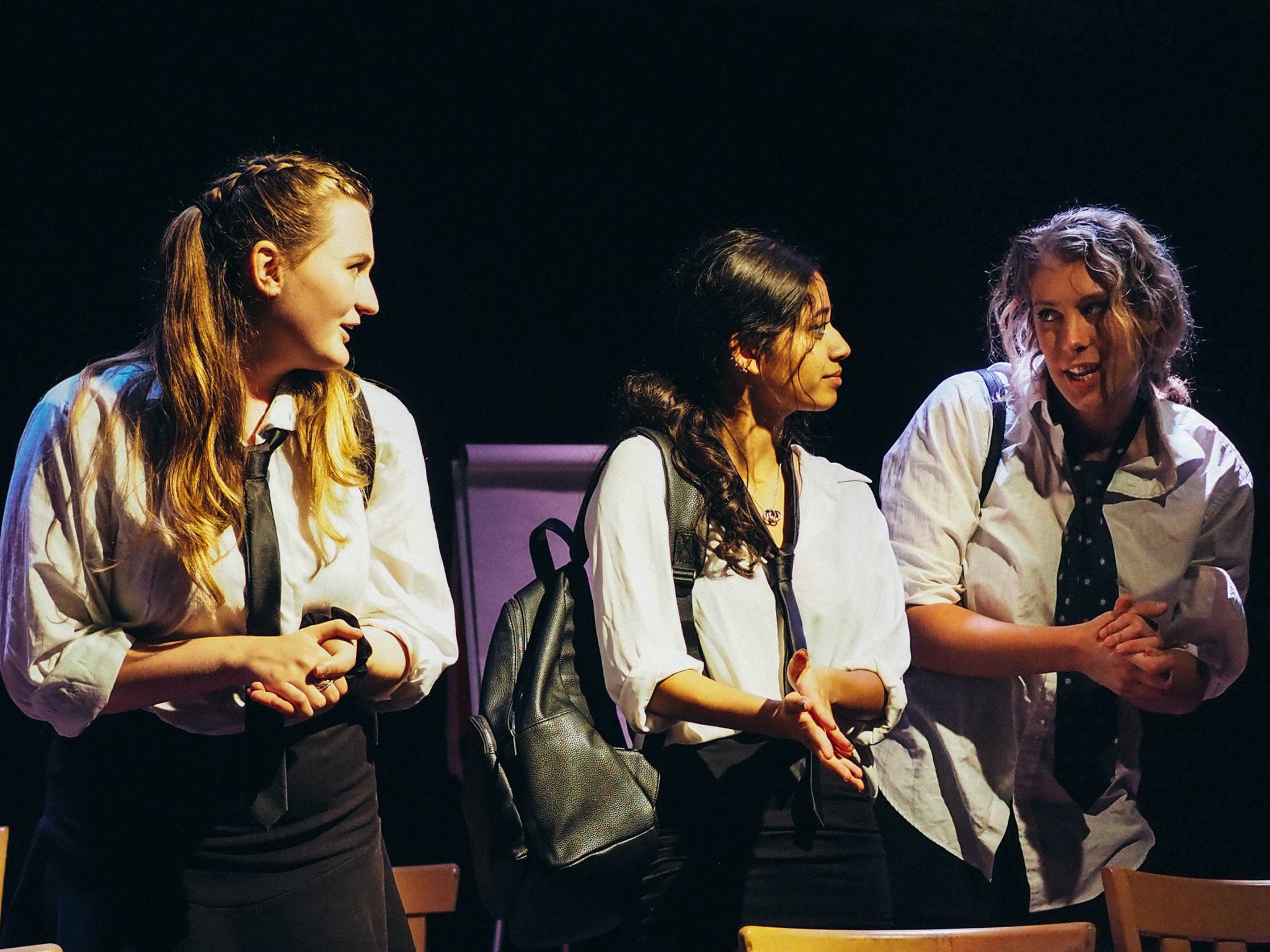 I think everybody in Oxford remembers waiting for a letter to arrive, a letter which at the time may have felt like it was deciding your fate, a letter informing you whether or not you had been accepted into the university. Whether you took an attitude of cool resignation or nervous panic, it was undoubtedly a significant day for many of us. Ella Langley uses this moment in her new play, Girls Will Be Girls, as a lens through which to examine some of the pressures that young girls face at this time in their life. Ella juxtaposes moments of brilliant comedy with those of poignant emotion to create a play which, as a young woman, I found to be thoroughly remarkable and entertaining.

I must confess that, in my younger days, I attended an all-girls, grammar school and so I think I was a part of the show’s target audience. I felt like the show had almost tapped into some of my experiences; it encapsulated perfectly the unique and often disconcerting atmosphere which is created in a single sex school where the pupils are under an immense amount of pressure. In hindsight, I worry slightly that perhaps this feeling of identification, in a play which does not reflect the average school experience, was a key factor in my enjoyment of the play but then so many of the experiences are also universal. The feelings of self doubt you have when you’re on the cusp of adulthood, the experience of uncertainty as you think to what the future holds and the desire to escape and grow are moments which I think we can all relate to.

It was these little references which made me feel so at home when watching the show.

The play is often light in tone and I was pleasantly surprised by how excellent some of the comedy was. The cast’s delivery of the many comic one liners cannot be faulted and they all seemed to be so comfortable with their characters, which made the show so easy to enjoy. Sometimes I feel like new writing has a tendency to shoe-horn cultural references in but in Girls Will Be Girls every reference, from the History Boys to Angus, Thongs and Full Frontal Snogging, fit perfectly. It was these little references which made me feel so at home when watching the show. This is also a show which touches on many more serious issues from eating disorders to racial discrimination; the writing handles these in a way which is honest, yet delicate, although in an hour long play the extent to which these themes can be developed is limited. I think the juxtaposition of these themes with the frequent comedy works quite well, enabling for a more engaging theatrical experience in which the audience feels a mixture of emotions.

One of my favourite aspects of the production was its use of music; this included a mixture of several upbeat songs which had me grinning from ear to ear, with a beautiful rendition of Stevie Wonder’s ‘Isn’t She Lovely?’ being the absolute pinnacle. The set design was extremely minimalistic, seven chairs basically sums it up, however, this is certainly not a criticism as I think it was entirely appropriate for the production. My one wish would be that this play could be performed in a bigger space. Characters like those played by Cat White, Lara Marks and Natasha Sarna, with Sarna being the stand out performer in the show, felt like they were too big for the Burton Taylor and could have benefited from a larger venue – this is aside from the fact that I think the show is so good it deserves a bigger audience.