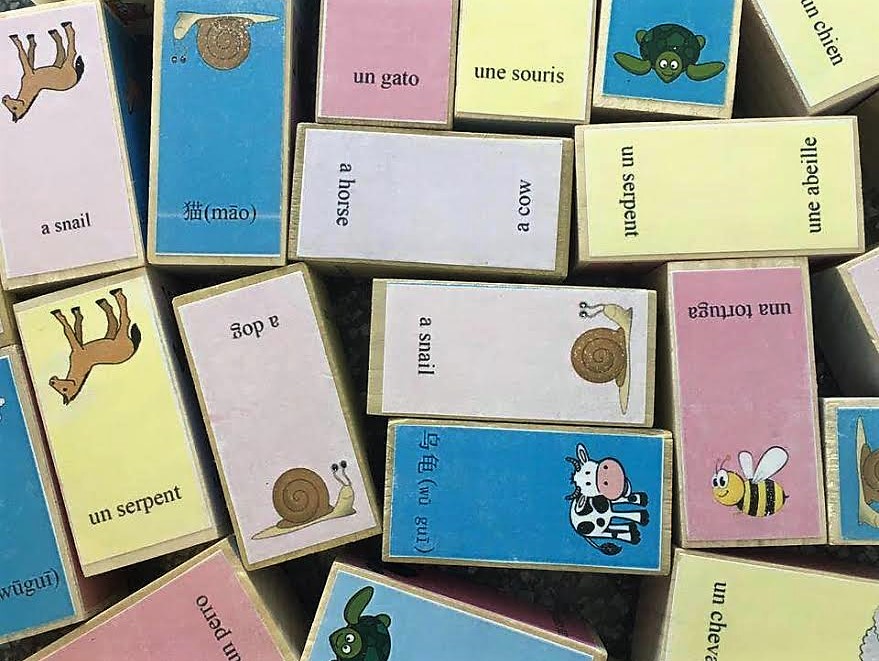 A group of all female students at a local school have started their own company to encourage language learning. The group, from Oxford High School, created the company Quartz last September and have since developed a 3D language learning game called Domi-Know.

Quartz was created as part of Young Enterprise, a UK charity that encourages different age groups to explore entrepreneurship. Young Enterprise brings programming and a recommended business-based curriculum to the classroom, and provides volunteer business advisers to support the development of a company. Quartz, made up of a group of 16 students, all 16-17 years old, has been assisted by Young Enterprise business advisors, but the idea and creation of their game Domi-Know was independent and solely the product of the students.

“It is our idea, our passion, and our drive that keeps us moving onwards and upwards,” says Kate Whittington, Human Resources Director of Quartz.

Domi-Know is based on the classic game of dominoes and is geared towards children aged between 5 and 11. Players match a word on one domino to a corresponding picture on another. For example, a block with ‘un chien’ would be matched with a picture of a dog. The 3D nature of the game allows multiple languages to be represented on the blocks: currently French, Spanish, Mandarin and English. The inclusion of English allows players to check their answers themselves, making it an independent language learning game.

The group has been able to test out their game on several focus groups and it was a huge success in terms of keeping the children entertained. The group initially thought of using flat playing cards instead of domino-like blocks, but the use of blocks proved more engaging for the children. To improve its marketability, outside research suggested that the group should add a speaking element to the game, so they added the rule that players would have to say the words when matching blocks to the corresponding images.

“There are so many beautiful and important foreign languages which are being neglected, and we are desperate to inspire young people to learn these languages whilst enjoying the experience”

The members of Quartz chose to focus on a game involving language learning because many of them are bilingual and interested in pursuing language in higher education. Whittington speaks of the importance of language in the UK and Oxford by citing the ‘Languages for the Future’ report, which identified Spanish, French and Mandarin as some of the languages most vital to the UK’s competitiveness in global standings over the next few decades. Aside from 15 percent of UK adults who can speak French, most cannot speak a second language well enough to hold a conversation, and rely on the people they meet while travelling abroad being able to speak English.

“There are so many beautiful and important foreign languages which are being neglected, and we are desperate to inspire young people to learn these languages whilst enjoying the experience,” says Whittington.

The students behind Domi-Know wanted to create a unique product that would benefit the community. Whittington mentions the linguistic diversity in Oxford, which is created by tourists and international students, and believes language binds the Oxford community together. She thinks that Oxford provides an ideal place to develop a language learning game.

“The main aim of Domi-Know is to combine learning and fun, and we hope that the game will spark an interest for languages in children and expose them to languages they might not necessarily experience at school,” says Whittington.

The group received no financial aid from their school and relied on fundraising to get their idea off the ground. For example, they sold products like jumpers and Christmas decorations to raise the money needed. Additionally, the students have done all the marketing for Domi-Know themselves, relying on social media for advertising, and by networking with a wide variety of companies, some international.

As a result of being involved in Quartz, Whittington and the rest of the group have learned a lot about their personal strength and weaknesses and about working in a team.

“Entrepreneurship wasn’t an area which I’d necessarily considered in great detail before, but seeing the rewards and struggles of the process has actually encouraged me and many other members to view entrepreneurship as a career path,” says Whittington.

Currently the game is only focused on teaching languages, but Quartz sees a potential for expansion to other school subjects. The team has also proposed improvements on the current game with sticker-expansion packs for new vocabulary, cultural facts and sentence structure.