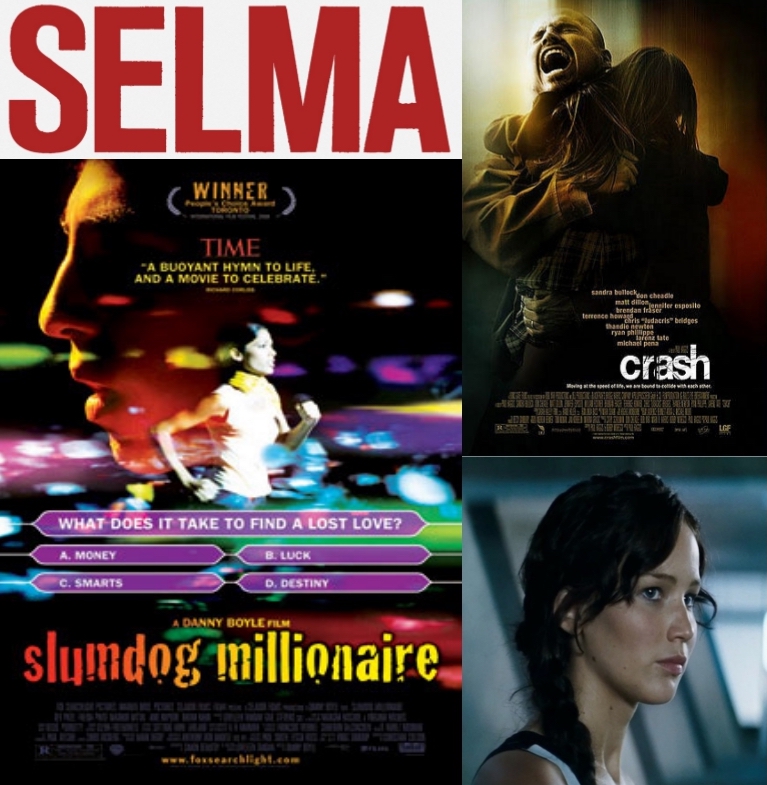 Your queue will thank me Part IV: 13 final Netflix recommendations

All good things come in threes…which is why for the last issue, I bring you the fourth installment of the “Your Queue Will Thank Me” Netflix recommendation series. And because the last installment brought the total number of films recommended to a neat, round-numbered 30, I’m recommending and unlucky 13 titles this issue to bring the grand total to an unsatisfying prime number: 43 films!

Directed by Angelina Jolie, Unbroken recounts the true story of Louis Zamperini, a US soldier in the Second World War whose plane crashed, then survived aboard a raft alone for 47 days, and was held in a Japanese prisoner of War camp under an especially brutal prison commander. Jack O’Connell delivers an outstanding performance as Zamperini that does his memory proud.

The DUFF is as quirky, funny, and intriguing as the meaning of its acronym: Designated Ugly Fat Friend. This film is an entertaining high school coming-of-age story that begins when the main character, Bianca (played hilariously by Mae Whitman), realizes she is the DUFF of her friend group, the approachable friend that often acts as the gateway to dating her popular, more attractive friends. Bianca seeks to transcend her DUFF label with the help of resident jock Wesley (Robbie Amell).

Catching Fire is the second installment in the Hunger Games franchise and arguably one of the best. Following the events of the first film, the stakes are raised, tensions are heightened, and this year’s Hunger Games are even more terrifying than ever.

As the title suggests, The Virgin Suicides is a retrospective look at the suicide of the five Lisbon sisters told through the lens of neighborhood boy, Trip Fontaine’s, obsession with their tragic and mystifying fate. Sofia Coppola’s directorial debut is delicate, haunting, and thought-provoking. The trailer alone is a work of art.

While Crash gained some notoriety for beating out Brokeback Mountain for the 2006 Best Picture Oscar, it is certainly a great film. The plot contains several intersecting stories that truly embody the film’s tagline: “Moving at the speed of life, we are bound to collide with each other”. The film features an all-star cast with the likes of Sandra Bullock, Don Cheadle, Thandie Newton, Matt Dillon, and Terrence Howard. Another wonderful feature of Crash is that, among other issues, it touches on racial prejudice in the US towards Muslims and Middle Easterners following the September 11th terrorist attacks, by telling the story of an Iranian family attempting to cope with the increased onslaught of hatred towards them in a country they love.

White Collar is a TV series about an art forger, thief, and con-man, Neal Caffrey (Matt Bomer), who is assigned to be a consultant with the FBI’s White Collar division in place of continuing his prison sentence. The show is funny, informative (white collar crimes and the people who inhabit this world are fascinating, at least as the show portrays them), and even touching at times. Caffrey, who must wear an ankle monitor to track his whereabouts at all times, is torn between the opportunity for redemption he has been giving by working with the FBI and the alluring life of a thief and con-man that he knows so well.

Eddie Redmayne gained well-deserved praise for his portrayal of Stephen Hawking in The Theory of Everything, a biopic that details Hawking’s battle with ALS, the tumult in his home life, and his intellectual achievements.

Based on the classic Harper Lee Pulitzer Prize-winning novel of the same name, To Kill a Mockingbird centers around six-year-old Scout Finch’s experience of the trial in which her father is an attorney representing a black man falsely accused of rape. The details of the trial and the children’s fascination with their reclusive neighbor, Boo Radley, convey important messages about racism, prejudice, and stereotypes.

The primary action in Flight surrounds the crash landing of a plane piloted by Denzel Washington’s character Whip Whitaker. While the landing of the plane is miraculous, and the casualties limited, Whitaker comes into question when he is suspected for being under the influence of drugs and alcohol during the flight. Flight does what many films try but fail to do: feature a very flawed protagonist who does unlikeable things but is real and likeable enough for the audience to support.

Cruel Intentions is one of those classic teen/ young adult films that everyone must watch. It stars Ryan Phillippe and Sarah Michelle Gellar as Sebastian Valmont and Katherine Merteuil, wealthy, twisted, step siblings who make a wager about whether Sebastian can seduce goody two-shoes Annette Hargrove (Reese Witherspoon). The film contains some iconic moments, a good love story, and an Edward Shearmur score I still play to this day.

Slumdog Millionaire helped launch the careers of Dev Patel and Frida Pinto, and rightfully so. This spectacular feature swept the 2009 award show season, winning eight Oscars (including Best Picture) and seven BAFTAs. The story centers around an Indian game show (similar to Who Wants to be a Millionaire); as protagonist Jamal answers each question, we learn the events in his life that led to him figuring out the answer.

While We’re Young depicts the development of the friendship between middle aged couple Josh and Cornelia (Ben Stiller and Naomi Watts) and a young, energetic couple, Jamie and Darby (Adam Driver and Amanda Seyfried). The twists in this film are so interesting and unexpected that I will not hazard to say any more.

Selma tells the powerful story of civil rights activist Dr. Martin Luther King Jr. and the march from Selma, Alabama to Montgomery that eventually convinced US President Lyndon Johnson to sign the Voting Rights Act of 1965 (recognizing blacks’ right to vote in the US). David Oyelowo’s transformation into Dr. King is astounding; further, he lends a complexity and reflects a very human self-doubt we don’t often associate with formative historic giants like Dr. King.