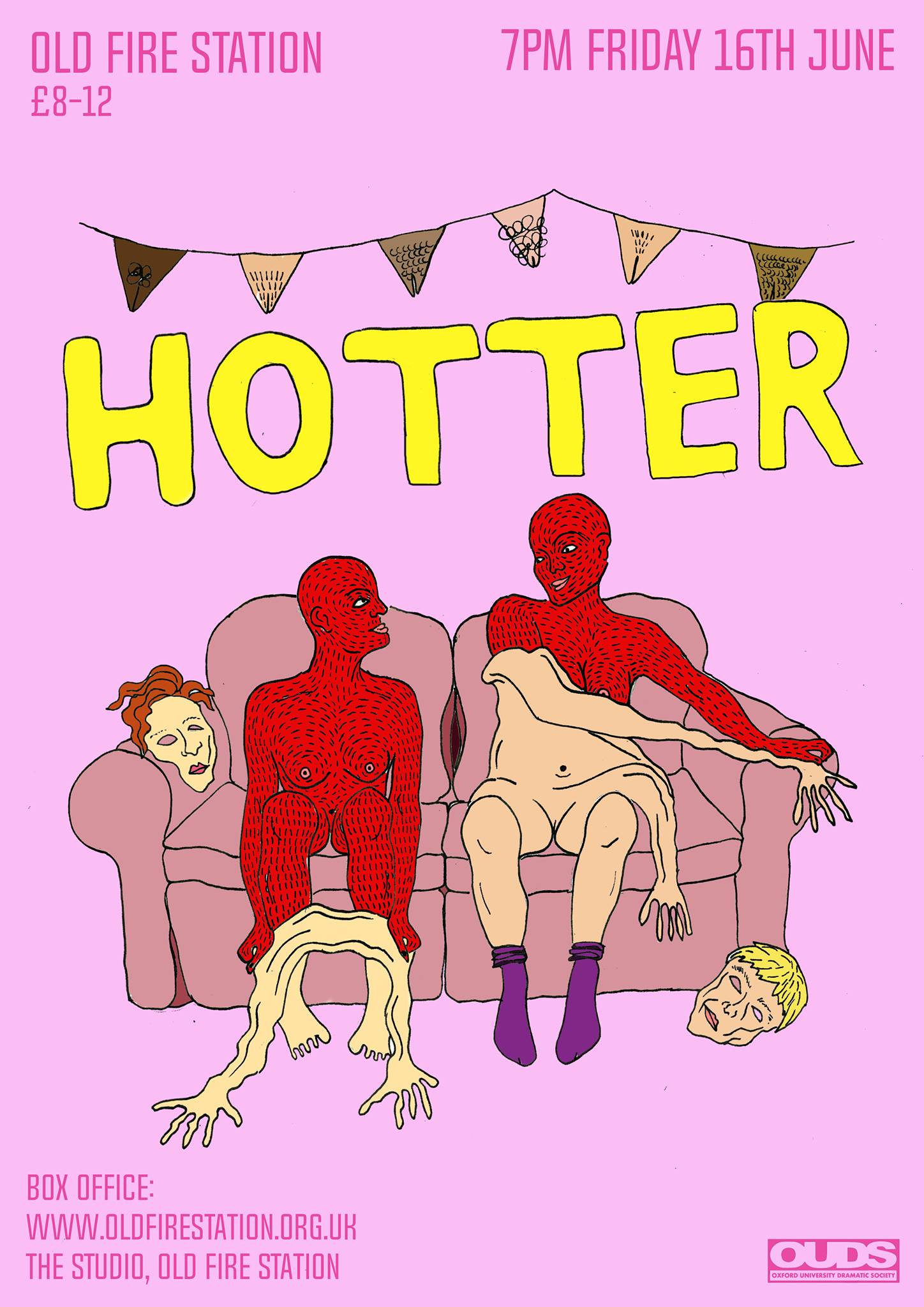 On walking into the auditorium at the Old Fire Station, the aesthetic which greeted us was uber millennial feminism: fur coats, crop tops, fluffy cushions, flares, and lots and lots of pink. In this intimate space, our reflections gazing back at us on the mirrored wall, we were to watch HOTTER, Ell Potter and Mary Higgins’ new devised piece, ready to hit the Edinburgh Fringe.

Whether discussing bodily fluids or intimate memories, these women were heard, respected, and understood, and the show was really a tribute to their experiences and their individuality.

The variety structure of the show was effective in making the audience feel comfortable in the discussion of some very taboo issues. Pre-recorded interviews with women from a variety of perspectives (different ages, different races, different gender and sexual identities) formed the framework and were played aloud, read out by Higgins and Potter, or remixed into music (for which Ed Maclean should get a big nod).  Whether discussing bodily fluids or intimate memories, these women were heard, respected, and understood, and the show was really a tribute to their experiences and their individuality. The only point at which this was jarring was when the two read testimonies aloud which were so removed from their own experiences. A black woman’s story about experiencing insecurity because of her race should have been played aloud, rather than being retold by a white woman – doing so felt like missing the opportunity to give a platform to the woman’s own voice.

HOTTER was clearly a work in progress – intermittently, lines were forgotten, dance moves fudged, or giggles slipped out – but this was part of the piece’s charm. Having moments where we cringe a little at a mistake alongside slick and fast-paced sections made the show feel very genuine. It was as if we were all in a discussion, rather than actors and audience being strictly separated. And it was very reflective of the messiness of real people and real life – from joyful dancing in a nightclub to embarrassing romantic encounters to body hang-ups.

This show is likely to do very well at the Fringe. Higgins and Potter’s brand of cool-girl attitude, openness and honesty, moments of hilarity, and intense female friendship will make audience after audience want to be a part of their squad. I left the performance feeling challenged, joyful, and understood – and one step closer to whacking on a crop top and throwing away my razor.