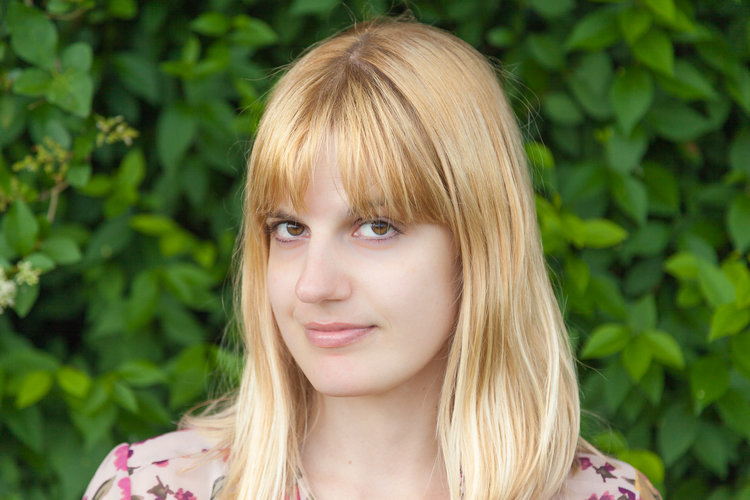 I meet the charming author Julianne Pachico one evening in Blackwell’s Norrington Room, where a story from her first book, The Lucky Ones, is to be performed as part of their Short Stories Aloud event. Set in Colombia, The Lucky Ones is a series of inter-linked tales, drawing inspiration from Pachico’s own childhood experiences – she was born in Cambridge, but brought up in Colombia, before moving to the U.S. to complete a B.A. in Comparative Literature in 2004. Now a PhD student on a fellowship at UEA, Pachico has received high praise for her authorial debut, with two individual stories from the collection featured in Best British Short Stories 2015, and one longlisted for the Sunday Times Prize. Yet, in spite of its success, I discover that The Lucky Ones wasn’t always the book she set out to write.

“Initially I was very resistant to the idea of writing about Colombia, because I just felt that would be too easy. When I started writing the book, I had a very different plan and ambition for it – that I was going to write this apocalyptic, science-fiction novel set in South America, and I feel kind of sad that I didn’t. I found my old notes for that book, and I wrote this outline in 2010 where I’m like, ‘the twist ending is going be that everyone’s a robot!’. That might still be a book that I’ll write one day”

Despite these early enthusiasms, it was clear that Pachico was destined for other things, and the influence of her Colombia past proved too hard to resist.

“I guess the lesson was with writing you just have to trust what you find easy to do, so if something is coming out, you just have to trust that. I guess what happened was that writing about Colombia and my childhood memories of living there in the 80s and 90s that was just the story that – it just came out. It was a huge influence on the book.”

Most authors could probably claim some inspiration from childhood, but Pachico has more to draw on than most. Her early experiences in Colombia were worlds away from those of her UK and US readers, elevating them to status surprisingly close to the apocalyptic novel she had originally planned. I suggest that maybe it’s a natural progression from sci-fi apocalypse to the anecdotal, given that it was effectively a warzone supplying her anecdotes.

“We were never allowed to go anywhere by ourselves, it was just lying awake at night hearing helicopters, or going to school and hearing this rumour that the Social Studies teacher had been fired because she was supposedly dating this communist guerrilla. Or classmates getting kidnapped, and then moving away. At the time it all just seemed very normal, having classmates where people would whisper, “oh, her dad’s in the cartel – her bodyguards pick her up”, but at the time it just seemed like the reality; it wasn’t really until I moved away that it seemed different to me.

“I don’t want to call it trauma, but I think there is a certain generation of Colombians who grew up during the 80s or the 90s where you were just constantly hearing about bombs going off in public places, or people being kidnapped. You just grow up with this shadow of war and fear that’s present all the time – this sense of menace, this sense of tension that just everything seems normal but at any minute it could just not be normal.”

After her vision of Colombia, the most striking aspect of Pachico’s debut work is its curious form, suspended somewhere between novel and short story collection. Which definition does she prefer? And how she came to adopt this style in the first place?

“I liked the idea of writing a book where the stories were connected; some books that I had in mind were: A Visit from the Goon Squad by Jennifer Egan, Ghostwritten by David Mitchell, Hawthorn and Child by Keith Ridgway – I was really interested in books that weren’t really satisfying, books that were sort of difficult. I didn’t really want to write a book that gave all the answers about everything that happened to the characters, because that didn’t feel honest to me. Colombia isn’t really a country that gives you the answers, so I wanted to write a book that maybe some people would find challenging or unsatisfying, because as a reader I like feeling challenged. I think I was maybe a little frustrating for my publishers because they were asking me, “how do you see this? Is this a short story collection? Is this a novel?”. You can call it whatever you want. Actually, in the States its being marketed as a novel, but to me, I don’t really care what people call it because that was sort of my intention from the beginning to write something that was both.”

With this in mind, I wonder how she feels about the publication of some of her stories – Honey Bunny, Lemon Pie, and Lucky – as standalone pieces in magazines and online?

“After some of the editing process the stories became more linked, so I think there are versions of stories that are different. So I would say that definitely to have the stories be published as standalone I would have to remove certain passages and make adjustments to make them read better, or to make sense. In a way, I don’t know if I could properly call myself this authentic short-story writer, since I consider my stories to work better when they’re part of a whole. But that’s just what this project ended up being.”

There is a certain generation of Colombians who grew up during the 80s or the 90s where you were just constantly hearing about bombs going off in public places, or people being kidnapped. You grow up with this shadow of war and fear that’s present all the time…

Pachico mentions Claire-Louise Bennett’s Pond as a comparably problematic work to define, one labelled as short stories by some, but which she feels firmly to be a novel.

I ask if there were any other particular novels or authors that influenced The Lucky Ones, and am surprised to learn that non-fiction played a big role in the creative process.

“I read a lot of memoirs by people who’d been kidnapped, or used to belong to the guerrilla, I read books by American journalists who were investigating the violence of Colombia, or memoirs by Colombians who had lived there and had left. That was really helpful for me because I wrote this book in England, and at the time I was sort of worried about that; I thought maybe I’d have to go back to Colombia for research, to have first-hand experience of the place, but I think actually having that distance was helpful. I think for the next book I want to go back, but I think for this book it was good having that distance.”

Mention of future writing endeavours inevitably leads me to pry – is she working on any projects currently? And what can fans of The Lucky Ones expect next?

“I’m hesitant to talk about works in progress because my writing changes so much, but I can tell you that some of the things that I’ve been interested in are the wolves of Chernobyl, and the pets kept by cartel members. In my hometown of Cali there’s this shelter on the edge of the city for all these exotic animals that were kept as pets by cartel members, that really don’t have a home now: Lions and tigers that were kept as a status symbol, but then the cartels were disbanded and their owners killed, or imprisoned, or extradited. I don’t know what they mean but I’m interested in them – it’s kind of sad how these lions have been fed marijuana or ecstasy, so they’re brain damaged, or they’ve had their legs cut off, or they were fed human flesh and now no one can go near them. To me it seems like such a sad, random outcome of the drug war in Colombia, now we have all these big cats – what are we going to do with them?

“I was working for a long time on a project that was set on the Mexican border, but I think that has been sort of put aside. I thought I was done with writing about Colombia, but I think I’m not – I sort of have two projects going on now and I’m not sure which one is going to take fruition. It’s a fun thing about writing, not knowing what’s going to happen.”

Whatever topic Pachico chooses, I’m confident it will be a success. Her enthusiasm for her craft is evident (and infectious), and it certainly seems from this interview that she has plenty more stories left to tell.