Oxford University has defended itself amid claims that the university still has “a mountain to climb” in bettering access and recognising the potential of poorer prospective students.

Excluding the smaller colleges more successful in access, Oxford has the lowest share of state educated students in the UK. Professor Les Ebdon, Director of the Office for Fair Access (OFFA), said: “Do I think there’s fair access at Oxbridge? Well, obviously not […] I require Oxford and Cambridge to do more work than anyone else to raise their access and opportunities.

“They’ve moved significantly. We’re seeing the highest level of state schools students at Oxbridge for over 30 years. It’s a real mountain to climb. Part of that mountain, of course, is the fact that typically, Oxbridge are asking for A*A*A* for entry, and there are very few people in state schools who get that, and that’s why it’s important they work with schools to raise attainment, because that is where the real barrier is.”

“It’s important they work with schools to raise attainment, because that is where the real barrier is.”

“Our academic tariffs are also set to take account of these student’s performance in specific subjects. For example, the tariff is AAA for the majority of our humanities courses. We back this up with one of the UK’S biggest outreach programmes, worth more than £4 million annually.”

Rouse added that for 2017 entry, candidates from disadvantaged categories have been more successful in gaining Oxford offers than the UK average for the first time ever.

Oxford has a number of outreach programmes for students from disadvantaged backgrounds, including the UNIQ summer schools, and centrally spends £11 million on financial support for students.

Oxford access for BME students has also come under criticism. According to admissions data released by UCAS, only 45 out of the 2,555 offers awarded by Oxford in 2016 were given to black applicants. This was a decrease from 50 offers in 2015. The Target Oxbridge programme has been working from 2012 to increase the number of black African and Caribbean students at Oxbridge. The University will be helping to expand the number of Year 12 students on the full programme each year to 45 places. 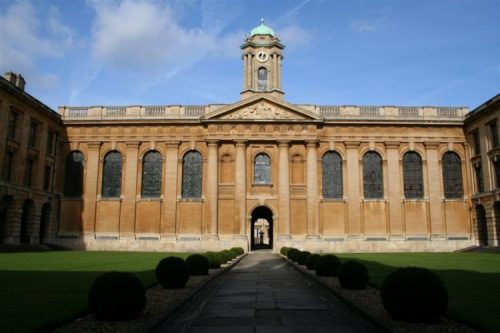