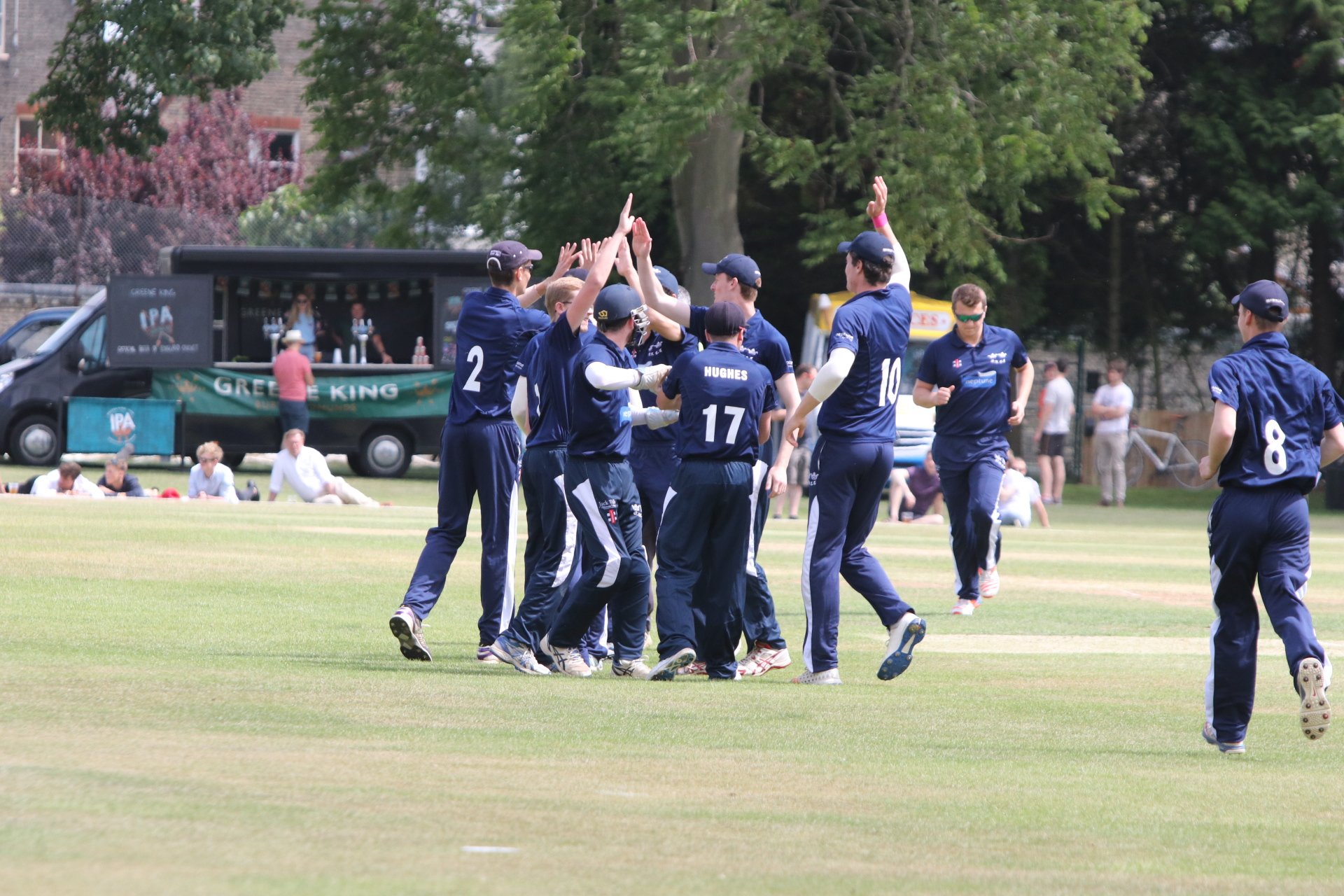 A collective groan filled the Fenner’s air. Then it morphed to a silence imbued with disbelief. Then a final incarnation: lavish applause, genuine in origin and extended in length. Alex Rackow had chipped uppishly straight to mid-off. An innings so long a century-in-waiting had fallen an agonising five runs short. But so supreme was the craft; dogged in its embryonic phase, belligerent its later; energising to spectate one side of the boundary rope, visibly enervating the other, the milestone was willingly forgotten. Rackow had stared defeat in the eyes, and driven it to the boundary incessantly: this was an innings to be celebrated.

The day started with Oxford trailing Cambridge by 175 runs. It ended a similar proposition: now 134 runs adrift. It was a day where nothing changed, yet really everything changed.

For a start, the heavy roller had exorcised many of the demons of yesterday’s top-order graveyard. Gone with the moisture was the mystery bounce that ripped up the day one textbook. If the pitch was Ajantha Mendis before, it is Rangana Herath now. Volatile and mercurial then, classical and orthodox now. As the day wore on, the sun beating down mercilessly, the surface continued to flatten. The ball still swung, there was drift, turn, seam, but runs were unobtrusively accumulated by both sides.

Of those, Rackow’s stand out with shimmering contrast. Runs against the Free Forresters will have allayed concerns of technique, of any potential shortfall, but arriving at the crease yesterday evening no batsman had fewer runs in the series. Tice is not one to allow the nicety of forgetting such a statistic: he is clued up, well-versed and will have regularly reminded Rackow of the solitary run to his name. Golden duck at Lord’s, Crichard bowling with vim, how’s your nerve son?

If last night was akin to a starter pack in diffusing intense pressure, then today functioned as a pure, unadulterated masterclass. Rolled into the same package were gritty runs, fluent runs, clever runs and gloriously aesthetic runs. But always classical runs, and always scored at a steady rate of one run per two balls throughout. Of the thirteen boundaries that punctuated the innings, none came behind square. Crichard was eaten for both breakfast, and lunch, and the surly enforcer Moses was reduced to merely an apéritif.

The square driving was particularly impressive, emphatic through the covers too. As the bowling then strayed too far onto the legs, an overcompensation for the insolent treatment of width, wristy flicks were unfurled from a proliferating repertoire. Above all though, this was as much an innings a testament to mental strength than naked stroke-play. Every 30 or so balls would yield a wild unchecked swing: an attempted uppercut above the eye-line or a mis-timed pull. It would re-sharpen the focus, the ensuing delivery treated scrupulously on merit; an intense suction to the crease rebooted.

When reflecting on this game, the century between Rackow and gloveman Jack Harrison may well be the defining alliance. Arriving this morning, there was a strange buzz around Fenner’s. From the demeanour of the light blues, the joviality in their early proceedings, the innings was much a foregone conclusion: the session an exercise in sharing the wickets around a gluttonous bowling attack.

Instead, the two fed off the situation and spat it back out in perfectly chewed chunks. Harrison left well all morning with an assured authority over his off-stump, and continually rotated the strike. Immune to mental reset, Rackow repeatedly displayed a robotic ability to pierce the field; a muscle memory down to a foot or so; a mastery in converting the bad ball into the currency of runs. When Tice dropped square-leg deep for Harrison’s paddle sweep and left him there, Rackow used the region willingly. Setting a field became difficult, and largely a source of irk for its impotence.

As Rackow entered the 90s the first signs of jitters appeared. 22 for 4 with half an hour of play remaining wasn’t a problem, but finding ten more runs was different. This was the opportunity to become the third consecutive dark blue centurion on debut, and adding to the apprehension, James Poulson’s skills were shining above all. Of 101 deliveries bowled, Poulson produced 87 dot balls, showing a penchant for maiden overs and death by corridor of uncertainty (he had Jack Harrison caught at second slip driving).

In the Fenner’s pavilion even Cambridge support were willing the final five runs, but only the final five. A light blue member within earshot desired Rackow to reach the century and then fall immediately the following ball. His neighbour agreed. So when the fraught feeling became vindicated, the figure became abstract amidst the context. The innings had injected a lethal dose of unpredictability once more into the fixture. In the twenty20 ten runs had separated the sides. At Lord’s ten became nine; the result reversed. After an innings each here, a cavalier captain’s knock and a royal lesson in rear-guard, thirteen runs were the only difference to be found. Seldom has there been such a tightly contested affair.

If the innings had transiently transcended rivalry, its conclusion re-fired the testosterone derby. Rackow did not bother to reach the changing room, instead flinging his pads aside the boundary rope, focus distilled and ignominy withdrawn. Oxford knew that his mastery had saved the side from a heavy deficit. Now, the next session was the most important, as each that follows will surely now be. As Toby Pettman fell to a run-out, and James Poulson snared a well-earned third victim, plans were already being formulated, traps enacted.

As evening fell, Tom Colverd battled hard to reinstall Cambridge’s lead, facing 161 deliveries for an astutely made 47. The tussle with Marsden has been one of the finest of the series, and here it was fought bravely by both factions, stout defence punctuated with regular plays and misses.

Once set, the opening partnership of Chohan and Colverd dovetailed excellently for a first half century stand. Notable is the different areas that the two play with relish, providing a narrow margin for error for the Oxford attack. While the advantages of a left-hand-right-hand duo may be consigned to urban myth by many in an era of 360 degree batting, the strengths of Colverd and Chohan accentuate the effect: Colverd particularly harsh on anything that strays onto the stumps and Chohan imperious on the cut. To remove the left-hander took a beautiful delivery from Tom Brock: squaring up Chohan with an angled delivery from over the wicket, and extracting an edge. Almost a carbon copy of the dismissal at Lord’s, this was evidence of a plan well executed by the dark blues.

Encouraged by the marked drift that Nick Winder had found earlier in the day, captain Hughes turned to the left-arm spin of Ben Swanson. When Senaratne edged to Escott at slip, there was a hint that the Cambridge middle-order may be prised open late.

The notion faded as Ali Dewhurst, a new face to the series after two half-centuries for the Crusaders, and a far better batsman than receiving a jaffa in the first innings showcased, and , played brightly in the final hour with Colverd. Cambridge will expect Oxford to come hard again in the morning: tomorrow, you sense, will be the overriding arbiter of the series.