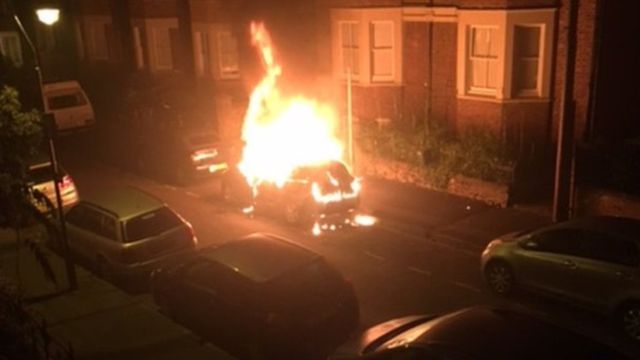 A suspect has been arrested after six cars in North Oxford were set on fire in the early hours of Sunday morning, in what police believe to be a series of arson attacks.

Residents reported that “flames were reaching to the top of the houses”, and believe that the attacks were random. No one was injured.

Three of the streets targeted – Charlbury, St Margaret’s and Southmoor Roads – were in the top ten most expensive streets in Oxford.

The suspect, a 26 year old man, is in police custody.